Teens taking "smart" pills are not making a smart move

Study pills do not make one 'smarter', but instead stimulate the brain so that the person stays awake and can concentrate better. However, they can be addictive and less effective over time. — FOO CHERN HWAN/The Star

Jo (not his real name), is a second-year university student trying hard to keep up his grades while studying from his apartment home during the Covid-19 pandemic.

In addition, he had to start work to help his mother support their family, including his younger brother after his father passed away due to Covid-19.

Constantly battling for time to fulfil all his responsibilities, coffee was not enough to stay alert while mugging for his exams.

That was when Jo was introduced to “study” pills.

Initially, he felt that the pills helped improve his concentration, especially with his studies, and also helped him focus better at work.

Soon, Jo realised he was becoming increasingly dependent on the pills, needing to carry them around with him to take them more often as he developed a tolerance to their effect.

Within about a year, he began experiencing withdrawal symptoms, both physical and psychological, when he tried to cut down on the pills.

He was hallucinating, and it soon advanced into delusional paranoia.

He had to be admitted to a private drug and alcohol rehabilitation centre for treatment of his substance-induced psychosis.

Jo completed three months of residential (in-patient) treatment successfully, and then went back home to continue with his studies.

He is now on the centre’s continuum-care programme.

Study pills, also known as study drugs or smart drugs, are popular with not only students, but also working professionals.

Commonly obtained through a prescription meant to treat attention-deficit hyperactivity disorder (ADHD), students feeling distracted and overwhelmed by college life abuse these stimulants as they speed up brain activity while giving the feeling of reduced fidgeting, allowing the user to feel more focused.

Thus, the misconception that study drugs help improve intelligence is widespread among college and university students.

Methylphenidate, modafinil and dextroamphetamine-amphetamine are some of the more abused study pills.

Sometimes called neuro-enhancers and cognitive enhancers, these drugs are not intrinsically illegal if prescribed by a doctor, but become illegal if they are distributed.

Data gathered in 2015 in Malaysia found that 1,938 school students were involved in drug-taking, with 73% of them testing positive for amphetamine-type stimulants, which are common study pills.

The pills were also more affordable, compared to other forms of stimulants, costing about RM5 per pill then.

Michael, a 36-year-old married man, was diagnosed with ADHD at the age of eight and prescribed with methylphenidate by his psychiatrist. 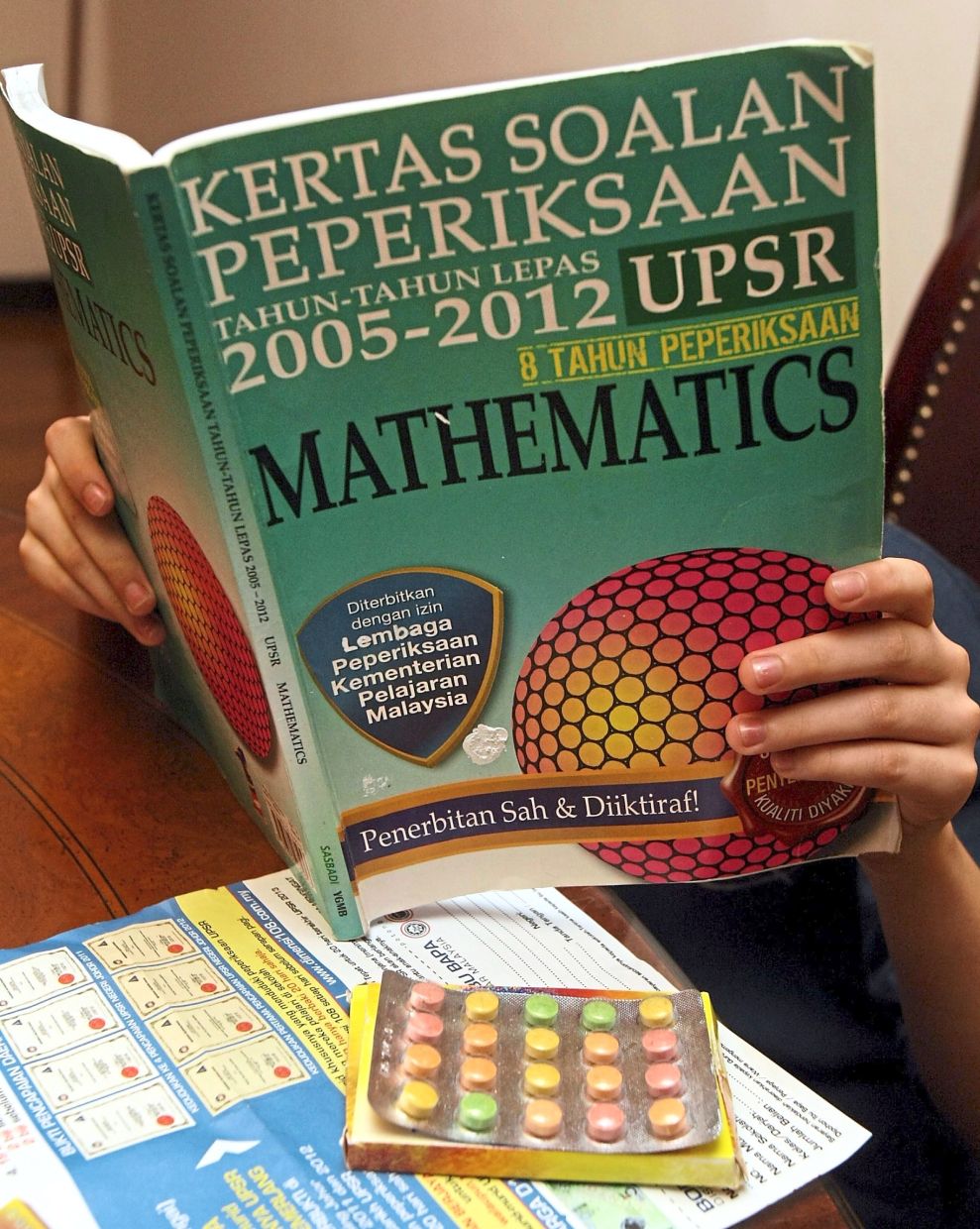 Students anxious to catch up on their studies after two years of inconsistent classes may be tempted to take so-called 'smart' pills. — Photos: Filepic

His parents explained how Michael was a very active child, constantly getting into trouble in school, struggling to stay focused during classes, having to be transferred to various schools, unable to complete college, and lately, unable to hold on to jobs either.

He started abusing his medication by snorting the pills around the age of 15, claiming it helped him study better.

Soon after, he switched to marijuana, ketamine and methamphetamine, going on a downhill trend.

Michael had to be sent to a private drug and alcohol rehabilitation centre for treatment by an ambulance, as he became aggressive and started having psychotic symptoms.

He is currently being treated for the psychosis and will commence with addiction treatment once he is more stable.

Besides the illegal aspects, study pills can become addictive when abused, especially for those who are diagnosed with some other underlying mental health disorder (e.g. bipolar disorder, depression, anxiety, etc) and are at a higher risk of abusing substances.

More so for the adolescent’s brain when continuous abuse of the pills could lead to long-term cognitive and behavioural impairment.

Those who are diagnosed with ADHD and abuse methylphenidate are more inclined to become addicted.

There is also a 30%-50% genetic predisposition with addictive disorders.

It is important to understand the facts about these study pills before deciding to use them.

Though it is not widely discussed or explored in Malaysia yet, there is a high possibility that these pills will become the next trend in substance misuse.

Especially now that schools and colleges are reopening and students will be trying hard to make up for all the lost time while burning the midnight oil.

Looking for quick fixes or short cuts is not only common with adults, but also – and even more so – with adolescents who are naturally more impulsive and curious.

Misconceptions about the use of study pills is commonplace, especially with all the ample resources online influencing our beliefs.

It is crucial to understand the facts and myths when deciding to take any prescription medication, especially those that can be addictive.

Below are four of the most common myths:

> It is legal since it is prescribed by a doctor

Medications are prescribed by a healthcare professional for specific reasons, and when misused, it becomes almost as detrimental as abusing illicit drugs.

There is also a tendency for those abusing these medications to mix them with other substances, such as alcohol or illicit drugs as in the case of Michael.

There is an upward trend on deaths related to overdosing on prescription drugs for non-medical use.

> As it is legal, there are no side effects

Most medications have some form of side effect, and more so when it is used beyond what is prescribed.

It is important to understand that these study pills are not intended to help people become “smarter”.

An overstimulated brain and lack of sleep and rest can lead to loss of appetite, dehydration, headaches, emotions numbness, and eventually, psychosis and heart-related issues.

> It is medication and will not damage the body or brain

The human body has its own natural healing mechanisms, balancing action and relaxation.

It is known that rest and sleep is one of the best ways for the body to heal itself.

Memory, for example, works at its best when the body has sufficient sleep.

> It is OK as everybody is doing it

We hear this quite often.

After a prolonged period of abusing drugs, the body builds a tolerance towards its effects.

It is only a matter of time before more pills, or even different type of substances, will be required to achieve the same effect.

Then comes the need to use these study drugs in other areas of their life to push themselves to achieve more, e.g. in sports or their job.

Once a dependency is developed toward the pills, not taking it means an inability to function at their best. Just because a drug is prescribed by a doctor does not mean it's harmless; rather, it should be used specifically for the purpose it was prescribed for and according to how the doctor prescribed it.

Focusing on the young

As a result of the movement restrictions, we are witnessing a rise in addictions and related disorders, such as behavioural addictions (gaming, gambling, internet, etc), while people are looking for quick means of self-medicating in the hopes of getting themselves back on track.

One group we really need to focus on are the adolescents and school-goers.

Although they form a relative minority of the population, they make up 68% of substance misusers, according to data by the National Anti-Drug Agency for the first half of 2020.

A large group of these adolescents are abusing stimulants and we are still unsure what proportion of these drugs are study pills.

But we do know that university and secondary students are rushing back to school and will face new challenges, while trying hard to keep up with their “adolescent brain”.

The past two years has been an exercise in adaptation to new forms of living and continual changes in rules and regulations.

Not only do parents and caregivers need to be more aware of their loved ones’ behaviour and mental state, but professionals, mainly mental healthcare providers, need to be cautious about being too “trigger friendly” with prescription drugs.

Sometimes, we just need to consider allowing nature to fix things by going back to the good old days of “prescribing” exercise, healthy eating and good sleep.

Dr Prem Kumar Shanmugam is a psychologist specialising in substance abuse. For more information, email starhealth@thestar.com.my. The information provided is for educational and communication purposes only, and should not be considered as medical advice. The Star does not give any warranty on accuracy, completeness, functionality, usefulness or other assurances as to the content appearing in this article. The Star disclaims all responsibility for any losses, damage to property or personal injury suffered directly or indirectly from reliance on such information.

When your teenager seems to be overly anxious

Helping teenagers decide on their future