Research found that dividing a workforce or student body into two groups that rotate weekly in the office or school provided the least opportunity for Covid-19 to spread. — AFP

The best way to keep Covid-19 cases out of businesses and schools, while maintaining some in-person presence, is to create two rotating groups, a French study showed on Sept 2 (2021).

Several research institutions, including the French National Centre for Scientific Research (CNRS) and the University of Paris, mapped real-world contact networks using data from a secondary school, a primary school and a business in France.

They then used the networks to simulate the spread of SARS-CoV-2 virus from a single case, testing what method of partial teleworking would most efficiently mitigate an outbreak.

For all three settings, two groups rotating weekly work best to slow transmission of an infection, the study published in the journal PLOS Computational Biology concluded.

The second most effective method is to have two groups rotate daily, it found.

Alternating the presence of a whole population of students or workers on a weekly or daily basis, however, was found to be least effective for social cohesion.

The researchers used information on real-world interactions between individuals and simulated the spread of SARS-CoV-2 virus using known information about the virus’ behaviour.

They accounted for the fact that Covid-19 can be contagious before symptoms appear and included random “super-spreader” events in their models.

In a baseline scenario – a primary school with normal attendance – there is a 27% chance that a positive case would lead to an outbreak.

This was defined as one person infecting at least five others.

But that likelihood falls to just 12% if the population is divided into groups that rotate weekly.

The risk is only slightly higher for groups that rotate daily at 12.3%.

The weekly rotation model is also the most efficient at delaying an outbreak and at limiting the overall number of infections.

But these strategies only work if the amount of SARS-CoV-2 virus circulating in the local population remains limited.

If the average number of persons infected by a single case (Ro or R-naught) is more than 1.7, “then none of these strategies, except for the full-time telecommuting, suffices to prevent the onset of an outbreak”, the study says.

But if the virus is spreading at a rate of 1.4 new cases for each infected person, “all four of these strategies are satisfactory and manage to curb the epidemic”, the study shows. – AFP Relaxnews

Covid-19: Dos and don'ts for sex during this pandemic

When Covid-19 sneaks in past the vaccine defence line 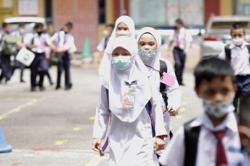 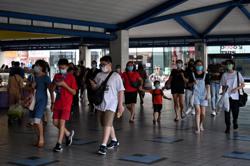 Covid-19 booster shots are needed to maintain the appropriate level of protection
Nine ways that your gut affects mental health
Housework linked to sharper memory and better falls protection in older adults
Is it healthy for kids to be vegetarians?
Men, don’t ignore your symptoms - it could result in sudden death
Does having chicken soup for your cold really help?
When food poisoning causes a high fever
Will my child's fertility be affected by the Covid-19 vaccines?
Helping abused children cope with the emotional consequences
When will we know the Covid-19 pandemic is over? Premium