Your headphone usage might be why you're feeling lonely

While for some people, the whole point of wearing headphones is to avoid having to talk to people, this should not become a habit as it can result in loneliness and social isolation. — dpa

People can go more than a month without having a meaningful conversation with someone new because of how long they spend wearing headphones, research suggests.

A study by audio firm Jabra found that British headphone users wore them on average 58 minutes a day, with 38% keeping them on to actively avoid talking to others.

The research found that nearly half of those asked (47%) wear headphones when they go for a walk; 29% when travelling on public transport; and 15% for non-work purposes everyday – a figure that rises to 30% among 16- to 24-year-olds.

It said people in Britain were now going, on average, five weeks without talking to someone new.

In response, Jabra has called on people to step away from their headphones for one day to reconnect with others around them.

The study has sparked concerns over loneliness and a lack of social interaction, particularly in the wake of lockdown restrictions during the pandemic.

Jabra’s research found that 32% of those asked said they were speaking to new people less often than they did before the first lockdown (in the United Kingdom) in March 2020, while 20% said they felt significantly less connected to others.

Professor Noreena Hertz, author of The Lonely Century, said the study showed that “we are in the midst of a crisis of disconnection that the pandemic has significantly amplified”.

“But even before the pandemic struck, this was the ‘lonely century’ – ensconced in our digital privacy bubbles, headphones on, heads in our phones, all too often we actively distanced ourselves from those around us,” she said.

“With loneliness damaging not only our mental, but also our physical, health – loneliness is as bad for our health as smoking 15 cigarettes a day – it’s essential that we commit to reconnect in person.

“This isn’t an onerous ask. Researchers have found that even just a 30-second exchange with a stranger can make us feel significantly less lonely and significantly more connected to those around us.”

“For many of us, wearing headphones is part of everyday life, whether for work calls or entertainment such as listening to music when we’re on the move,” said Jabra managing director of consumer solutions in Europe Steve Evans.

“But from time to time, it’s good to have a break and channel our focus on the real outside world.

“One of the things the last 18 months has taught us is that social interaction and the company of friends means everything.

“So, we are asking everyone to join us in going truly headphone-free for one day, to take time to connect with friends and enjoy the sights and sounds around them.

“Your headphones will be right where you left them when you choose to come back.” – dpa 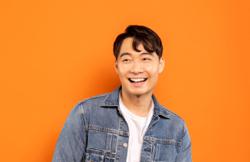 Does having chicken soup for your cold really help?
When food poisoning causes a high fever
Will my child's fertility be affected by the Covid-19 vaccines?
Helping abused children cope with the emotional consequences
When will we know the Covid-19 pandemic is over? Premium
You may have heart disease, but exercising is still good for you
Reducing the harm from tobacco
Prediabetes: Your chance to prevent type 2 diabetes
Consolidating cancer care into a one-stop centre
Can allergies develop when one is already an adult?