Are you aware of the link between alcohol and cancer?

As such, the researchers warn-ed of an urgent need to alert people of the risks.

Men accounted for more than three-quarters of the estimated cases (77% or 568,700 cases), which were mainly linked to risky or heavy drinking.

However, one in seven of these alcohol-related cancers were linked to moderate consumption of around two drinks a day.

The study, published in the journal The Lancet Oncology, estimated that there were more than 6.3 million cases in 2020 of mouth, pharynx, voice box larynx, oesophageal, colon, rectum, liver and breast cancer – all of which have established links to alcohol.

The researchers also used a selection of data on alcohol sales, production, tax and consumption to estimate how much people drank per day in countries around the world in 2010 – giving a decade for the effect to materialise in possible cancer cases.

They found that the number of new cancer cases linked to alcohol consumption varied widely across the world, with the highest rates seen in East Asia and Central and Eastern Europe, and the lowest in North Africa and Western Asia.

The highest proportion of alcohol-related cases were estimated in Mongolia, China, Moldova and Romania, while the lowest were in Kuwait, Libya, and Saudi Arabia.

The parts of the world with the highest proportion of women estimated to have new alcohol-related cancer included Belarus, Romania, Russia, Australia, New Zealand and Western Europe.

“We urgently need to raise awareness about the link between alcohol consumption and cancer risk among policymakers and the general public,” said study author Harriet Rumgay from the International Agency for Research on Cancer in France, in a press release.

The authors point to previous research that found alcohol consumption causes DNA damage and can affect hormone production, which can contribute to cancer development.

They said limitations on the research included Covid-19 disruptions to healthcare, which may have led to fewer people being diagnosed with cancer last year (2020) than would be shown in their estimates.

“Such policies have a strong evidence base for reducing alcohol harm,” said Sadie Boniface, head of research at the Institute of Alcohol Studies at King’s College London, United Kingdom, in a commentary on the research.

Boniface, who was not involved in the study, said the results were broadly in line with other research and that scientists already know the links to seven types of cancers.

But she said there was “low public awareness of this risk, particularly for breast cancer”. – AFP Relaxnews

Are you drinking enough fluids? Check if you’re dehydrated with this quick test

Ditch the sugar substitute, it harms the gut

Are GMO foods good or bad for you? Here are some myths and facts 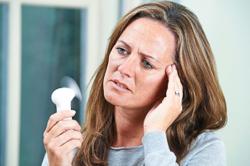 Tips on managing menopause symptoms
Men more likely to spread Covid-19 than women
When machismo prevents men from seeking mental health help
Clean your house and burn some calories at the same time
Tips for parents with children who have learning disabilities
‘Plant’-ing that zen feeling around your home
Spotting your child's learning disability early
The digital healthcare generation gap in Malaysia
After battling Covid-19 in a district hospital, this surgeon gets to go home Premium
Keeping children safe and healthy in the water