Am I a hoarder or just untidy?

Hoarders have an existential need to never get rid of things, possibly due to past emotional trauma. — dpa

Crammed rooms, stacks of documents, even mountains of rubbish: People who suffer from compulsive hoarding are unable to get the situation in their home under control.

“It’s not the same as someone being untidy or a family with three children not putting away the toys at the end of the day,” explains Veronika Schroeter, founder of the Hoarders Competency Centre in Germany.

“Hoarders have an existential need to never get rid of things.

“It’s when someone is unable to part with things because they haven’t developed the conventional decision-making criteria for what is and is not important for their living space and everyday life.”

As a rule, this primarily affects their own homes.

“Those affected often end up thinking round in circles, and they can’t get away from it all,” explains Professional Association of German Neurologists chairwoman Dr Sabine Koehler.

“They can’t make a decision about keeping something or throwing it away, and so their home starts to fill up.”

According to her, hoarding is classified as a compulsive disorder and is more common in people with other psychological disorders, such as depression.

People who develop dementia in their old age may also develop compulsive hoarding.

“If the nerve cells in the brain can no longer communicate with each other, it’s also much more difficult to adequately judge situations,” says Dr Koehler.

In her career, Schroeter has met many people who develop compulsive hoarding after an event or events in their childhood.

“A common cause is that they’ve been forced to do something very early on,” she says.

These people learned at an early age to regulate everything in a certain way and did not develop their own strategies for dealing with everyday life.

“It also happens that the affected person’s family was materially well off, but lacked emotional intelligence,” she explains.

“They were let down emotionally and compensated for this with material things.”

Therefore, decades later, they still find it difficult to part with things.

In some cases, someone who has a hoarding disorder seeks help themselves when they realise they have a problem with keeping and throwing things away.

But there are also other paths.

“It often happens that patients come to us first because of other issues,” says Dr Koehler.

Then, when there is a home visit after discussions with the person, the professional will find out what the situation is like.

In this case, therapists or social workers have the difficult task of making people aware of their problem.

It’s important to proceed with caution; this also applies to relatives who find out that their mother or uncle, for example, might be a compulsive hoarder.

“If they don’t want to do it themselves, it’s an infringement of their privacy and can lead to conflict.”

If friends and family want to help change things, they should try talking to the hoarder in a careful and friendly manner, and not just rant and rave about the mess. – dpa 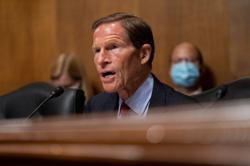