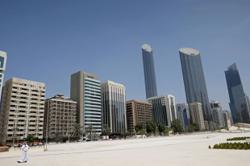 Bautista says that the great efforts made to find the blood she needed really opened her eyes to the importance of blood donation and the beautiful gift it represents. — Cleveland Clinic

In 2018, Filipino Daina Bautista who has worked in Abu Dhabi, the United Arab Emirates (UAE), for over 15 years, first began to suspect something was wrong.

She had been having terrible coughing fits that her family doctor first diagnosed as asthma.

Follow-up scans revealed that three valves in her heart were damaged.

Wary of undergoing surgery, Bautista resumed her life as usual, but by 2020, her condition had deteriorated significantly.

“At first, I was able to live my life as normal.

“I knew something was wrong, but I wanted to focus on my work and family.

“Eventually, I couldn’t walk for more than a few minutes without losing my breath and needing to rest.

“Even everyday tasks became very hard for me.

“I knew it was time to go back to the doctor and finally get my heart fixed,” she says.

In the hospital, Bautista underwent routine pre-surgical tests the day before her scheduled operation.

In the early hours of the next morning, a nurse told her the surgery wouldn’t go ahead as planned.

The hospital had been unable to find a blood match for her in more than 100 samples.

Given the complication, her case was transferred to Cleveland Clinic Abu Dhabi.

Extensive testing revealed that in addition to Bautista's blood type being the already relatively rare B+ – a group found in only about 9% of people – it also lacked the JK3 protein.

This meant that she could only receive blood from donors who both matched her blood type and lacked that specific protein.

“As soon as we discovered that Daina's blood lacked the JK3 protein – something that is exceptionally rare worldwide – we began our search for donors within the UAE and abroad.

"For her life-saving surgery to take place, we would need at least six units of blood – a difficult feat given the rarity of this specific phenotype coupled with her uncommon blood type,” explains clinical pathologist and Cleveland Clinic Abu Dhabi’s blood bank director Dr Manuel Algora.

Bautista's relatives in the UAE were tested. Although they too lacked the JK3 protein, their blood types did not match hers.

A compatible donor was found in Abu Dhabi and was able to donate one of the six units needed for the surgery.

As blood donors can only donate once every eight weeks, Dr Algora then widened the search, contacting blood banks across the UAE, the Gulf region, and as far afield as Malaysia and Spain.

The search was limited by the complexity of transporting blood – it can only remain outside medical freezers for a few hours before it can no longer be used.

Eventually, two units of matching blood were found in Kuwait.

The remaining four units had to come from Bautista herself.

Dr Algora notes that as Bautista had strong haemoglobin, they were able to administer treatment to boost her red blood cell production so that she could safely self-donate at a rate of once per week.

Under close medical supervision, she gave four units over a three-week period.

“Blood is really the foundation of modern surgery.

“If we can’t replace the blood lost to bleeding during surgery, many of the surgeries we take for granted today simply could not happen.

“Even with minimally invasive surgery, it’s vital that we have blood on hand to ensure patient safety.

“When I heard we had the blood needed to repair Daina's heart valves, I was thrilled.

“We could finally move ahead and get her back to living a full life,” says Dr Umer Darr, the heart surgeon who led Bautista's surgery.

The surgery finally took place on Dec 15 (2020), more than three months after it was initially scheduled.

Although the search for blood had caused a significant delay, Bautista made a swift recovery following her surgery and was discharged on Dec 31 (2020), ready to see in the new year in good health.

He came back from the brink of dying from Covid-19 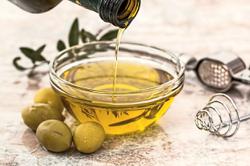 Tips to safely reuse your N95 face mask
Swollen lymph nodes after Covid-19 vaccination could be mistaken for breast cancer
Is 10,000 daily steps really the magic number for better health?
Enlarging your breasts through surgery: What you need to know
When too much work ends up killing you Premium
Eating disorders can affect anyone, regardless of gender or size
Have you started procrastinating more during this pandemic?
Dealing with acne in your middle age (or older)
More tips on how to be progressive in private practice
Keep these in mind when you first start running