If a child spends too long looking at a screen, the shape of their eyeballs can change irreversibly, putting them at risk of shortsightedness. — dpa

The time we’re spending in front of a screen hasn’t just risen for us grown-ups.

Children too, are spending more time homeschooling, chatting and playing on a tablet or computer screen during the Covid-19 pandemic.

But while frequent glances at screens have become an inevitable part of many a child’s everyday life nowadays, experts fear all this added screen time will cause more eye problems for a generation of youngsters.

That’s because the risk of near-sightedness increases when children look at their smartphones, tablets or computers for several hours a day.

Poor lighting indoors only adds to the problem.

That’s why many eye doctors, such as those at Germany’s Stiftung Auge (Eye Foundation),are appealing to parents to ensure that their children have plenty of daylight and are keeping enough distance from their screen.

If children repeatedly look at close objects for long periods of time, their eyeball will ultimately grow stronger, which will worsen their long-distance vision.

Unfortunately, an eyeball that has grown incorrectly cannot be corrected later.

Spatial awareness may also suffer: Flat screens can make it more difficult for children to switch between close-up viewing and television when using the devices intensively.

The experts therefore refer to some very familiar advice to pass on to kids: Put away that phone and go play outside.

Two hours of bright daylight a day is said to slow the development of myopia (shortsightedness).

If children have to sit in front of a screen while homeschooling, then make sure the workplace is as bright as possible, preferably with plenty of daylight.

The distance between their eyes and the screen should ideally be at least half a metre. – dpa

How to make kids take their medicine 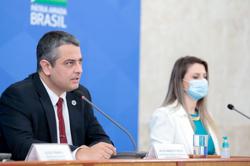