This 69-year-old American woman still suffers from lingering effects of Covid-19 over a year after she was exposed to the coronavirus on March 23, 2020. — Reuters

People discharged from hospital after Covid-19 appear to have increased rates of organ damage, i.e. multiorgan dysfunction, compared with similar individuals in the general population, finds a study published by The BMJ on April 31 (2021).

The increase in risk was not confined to the elderly and was not uniform across ethnic groups, prompting the researchers to suggest that the long-term burden of Covid-19-related illness on hospitals and broader healthcare systems is likely to be substantial.

Although Covid-19 is most well known for causing serious respiratory problems, it can affect other organs and systems within the body, including the heart, kidneys and liver.

Several unexplained symptoms that continue for more than 12 weeks after Covid-19 are said to be part of post-Covid syndrome (also known as “long Covid”), but the long-term pattern of organ damage after infection is still unclear.

To investigate this, a team of British researchers from the UK Office for National Statistics, University College London and University of Leicester set out to compare rates of organ dysfunction in individuals with Covid-19 several months after discharge from hospital, with a matched control group from the general population.

Participants were matched with controls, based on personal characteristics and medical history.

Health records were then used to track rates of hospital readmission (or any admission for controls), death from any cause, and diagnoses of respiratory, cardiovascular, metabolic, kidney and liver diseases until last Sept 30 (2020).

These events occurred at rates of 766 readmissions and 320 deaths per 1,000 person years, which were four and eight times greater respectively, than those in matched controls.

Rates of respiratory disease, cardiovascular disease and diabetes were also significantly raised in patients with Covid-19.

Differences in rates of multiorgan dysfunction between patients with Covid-19 and matched controls were greater for individuals aged less than 70 than for those aged 70 or older, with the largest differences seen for respiratory disease.

Differences in disease rates between men and women were generally small.

This was a large, well-designed study using 10 years of historical clinical records to exactly match individuals with Covid-19 to controls.

However, the findings are observational, and the authors cannot rule out the possibility that rates of diagnoses in general might have decreased indirectly because of the pandemic, particularly in people not admitted to hospital with Covid-19.

“Our findings suggest that the diagnosis, treatment and prevention of post-Covid syndrome requires integrated, rather than organ- or disease-specific approaches,” they write.

And they say urgent research is needed “to understand the risk factors for post-Covid syndrome so that treatment can be targeted better to demographically and clinically at-risk populations.” 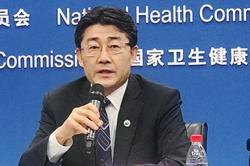 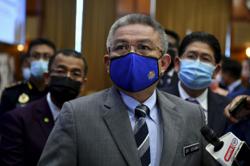 Too much screentime could trigger shortsightedness in kids
Doctors, read your contract with the private hospital carefully
Treating children who have lost their sense of smell
Covid-19 vaccines: Addressing the worries of allergy sufferers
More tips for the specialist moving into private practice
Fitness tips for the guys
How to treat cracked heels
The danger of too many people refusing vaccines
How to stop having those late-night snacks
Malaysian Food Pyramid updated for better nutritional guidance Premium