Psoriasis Is More Than Skin Deep While the skin symptoms of psoriasis are its most prominent feature, this inflammatory disease also affects other organs in the body. — Johnson & Johnson Malaysia

Psoriasis is often perceived as just a skin problem by many.

This chronic condition, which causes red, flaky and crusty patches covered with silvery scales on the skin, is usually considered a cosmetic or aesthetic issue.

However, consultant dermatologist Dr Ch’ng Chin Chwen says: “It can be disfiguring and disabling.

“Even if it is just on the skin, for some people, it can affect their palms and soles.

“If this is severe and the skin cracks, it can affect how a person walks and works, especially for those people who need to work with their hands, e.g. bakers and nurses.”

She notes that for patients whose nails are significantly affected, it can even affect their ability to pick up things as their nails can be too painful to do so.

“And not to mention that psoriasis can also affect the genitals of a patient – you can imagine how this can affect a male patient in their marriage and their social life,” she adds.

While some psoriasis patches cause no additional sensation or feeling, some can be very itchy, and even painful as mentioned above.

Some patients may also bleed easily after scratching their affected skin.

This, in addition to the constant shedding of skin flakes with uncontrolled or untreated psoriasis, can cause the patient embarrassment and might lead to stigmatisation. “This means that we know it is due to our immune system and it causes inflammation.

“It predominantly affects the skin and joints,” he says.

Psoriasis in the joints – known as psoriatic arthritis – can occur before skin symptoms for some patients.

Dr Chin Chwen shares: “There is an old study done in 1987, which shows that one in five patients with psoriatic arthritis will have significant deformity affecting their daily function.

“And if you follow up patients for 10 years, more than half of them will have five or more deformed joints.”

As some of these conditions are risk factors for heart disease and stroke, this means that psoriasis patients are also at higher risk for these two conditions.

Mental health is another aspect that can be significantly impacted, potentially affecting a person’s social and working or schooling life.

The visibility of the condition and public ignorance can combine to create stigmatisation of the patient.

This can in turn lead to depression, social isolation, and even suicidal tendencies, as well as seriously impacting on the patient’s career or studies.

“The stigmatisation, the loss of work, and also schooling etc, will affect the patient’s heath significantly,” notes Dr Chin Chwen.

“It is actually based on, number one, appearance; number two, distribution, which means which part of the skin is involved; and also, a lot of the time, progression – we need to ask the patient what the skin looked like before and after, and even better if there are photos,” she explains.

Psoriasis can appear anywhere on the body, although it commonly affects the scalp, ears, elbows, knees, umbilicus, back and areas of friction like the waist where a belt rests against.

It can be classified into a number of types according to appearance.

“The problem is, patients aren’t confined to one type of psoriasis,” says Dr Chin Chwen, adding that psoriasis can change from one type to another over time.

While psoriasis can occur at any age, it typically manifests in adulthood.

Sometimes, the symptoms are triggered by a particular incident, such as stress, trauma, an infection, or overindulgence in alcohol or tobacco.

Guttate psoriasis, for example, typically occurs after an episode of streptococcal throat infection.

She adds: “There are many environmental factors that can worsen psoriasis, e.g. trauma – sometimes patients can have a fall and then they will develop psoriasis plaques on the site of trauma.

“It is not uncommon for a patient to go for surgery and subsequently develop psoriasis plaques on the site of surgery.

“Any form of stress, whether it is mental or physical, can trigger the onset of psoriasis.”

She notes that while psoriasis is gene-related, the method of inheritance is complex with multiple genes involved.

“The (method of) inheritance is not completely understood up to today, as every now and then, scientists discover a new gene that is associated with psoriasis.”

While there is no cure for psoriasis, it can be controlled. Chin notes that the PsO Much More campaign is aimed at helping psoriatis patients realise they can effectively manage their disease with lasting efficacy, thus regaining their self-esteem and leading quality lives.

According to Dr Chin Chwen, the first priority is to live healthily.

“Generally, a healthy lifestyle helps to control the psoriasis better.

“Stop smoking; reduce – or even stop – alcohol; eat a better diet; do regular exercise; manage the weight, especially for those who are overweight; and wherever possible, try various methods – whether it’s music or yoga or whatever – to reduce stress.

“And of course, see your dermatologist, discuss your problems and take the recommended treatments,” she says.

She notes that treatment is usually tailored to each patient based on their condition and circumstances.

“So we will actually treat each person based on the severity of the disease, the type of psoriasis, when the patient presented, their general health status – whether the patient has diabetes, high blood pressure, etc – and of course, how much the psoriasis burdens a person,” she says.

She notes that: “Psoriasis can burden everyone differently.

“For example, a person who needs to go out, socialise and meet clients in their workplace, psoriasis involving their hand is important to them, because they have to take it out to shake hands.

“For an influencer or celebrity, even a small psoriasis plaque on the face or a visible area will impact the person very much, because it will affect their work.”

Topical agents are creams, ointments, soaps and shampoos, which are all applied directly onto the psoriasis patches.

According to Dr Chin Chwen, these include tar, steroids, acids, calcipotriol (vitamin D) and calcineurin inhibitors.

Meanwhile, phototherapy utilises UVA (ultraviolet A) and UVB (ultraviolet B) light, and is usually administered two to three times a week.

For systemic therapy, she shares that there are standard immunosuppressants such as methotrexate, acitretin and cyclosporine, which are given to patients with severe disease; small molecules, which are not yet available in Malaysia; and biologics.

Biologics are medicines made from whole or parts of living organisms, which target a specific part of the immune system.

There are just under a dozen biologics on the market for the treatment of psoriasis, with the majority available in Malaysia.

One of the latest to be introduced here is the monoclonal antibody Tremfya, also known by its generic name guselkumab.

Tremfya is the first biologic to target and block interleukin-23 (IL-23), and is approved for use in adult patients with moderate to severe plaque psoriasis.

IL-23 is a cytokine – a small protein involved in cell signalling – that is involved in inflammation (to help fight invading microorganisms) and the formation of blood vessels.

Dr Peter explains that our immune system is like an army, with IL-23 being one of the “messenger soldiers”.

In psoriasis, he says: “This IL-23 goes crazy – when there’s nothing and it’s very peaceful, it suddenly goes and tells the general that there are enemies coming and that the army needs to fight.

“So the general will start asking all the soldiers to get ready and start to fight, causing a lot of inflammation.”

Thus, blocking this “messenger soldier” will help decrease unnecessary inflammation in the body that results in psoriatic symptoms.

He notes that a number of studies have already been done on the effectiveness of Tremfya.

One study known as Voyage 1, looked at the Psoriasis Area and Severity Index (Pasi).

The results showed that 84.3% of participants had a Pasi score of 90 for up to about four years.

This means that over four out of five patients in the phase 3 clinical trial had 90% of their psoriatic patches cleared after taking the biologic.

And this was maintained for about four years with regular administration of the injectable drug.

In fact, 57.1% of patients had a Pasi score of 100, meaning that they were totally cleared of their symptoms up to four years after they first started taking the biologic.

However, Dr Peter notes that Tremfya is not a cure for psoriasis as IL-23 is only one “soldier”.

“We know that you can capture one, but after some time, there may be another crazy ‘soldier’, so you have to continuously capture all these problematic ‘soldiers’,” he says.

He adds that Tremfya has a good safety profile, especially when it comes to opportunistic diseases like tuberculosis that were a concern with older psoriasis biologics.

And one advantage to the targeted approach is that our immune system as a whole is still functional.

“Which means that if a real enemy comes, you can still fight the enemy, the infection,” he says.

Another advantage to Tremfya, he points out, is that it only needs to be injected once every eight weeks.

Like other recent biologics, it can also be self-administered.

As biologics are generally the most expensive of all psoriasis treatments, Johnson & Johnson Malaysia has a patient access programme to help make Tremfya more accessible to psoriasis patients.

Patients can utilise the programme via their dermatologist.

The company, which owns Janssen Pharmaceuticals that produces the biologic, has also launched the Pso Much More patient awareness programme.

Says Johnson & Johnson Malaysia managing director Chin Keat Chyuan: “Through this programme, we seek to help patients better understand their medical condition and know how they may effectively manage it with clinically-proven treatment options.

“The awareness programme is themed PsO Much More because psoriasis is so much more than a skin disease.

“It also affects patients’ wellbeing from a social and psychological aspect, which is beyond skin deep.”

Both Dr Chin Chwen and Dr Peter were speaking to the media at the virtual launch of Tremfya in Malaysia.

Myths of eating for your skin

What is gene therapy? 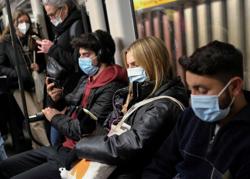