Participants at the peer educator training session held in Selangor in August, hold up their collages with words and pictures cut out from newspapers and magazines that reflect societal stigma on HIV and people living with HIV. — Photos: FRHAM

This has come with a worrying uptick in sexually-transmitted diseases among this age group.

According to the Health Ministry, discrimination has alienated young HIV-positive people from seeking the support that they need.

The fear of possible legal consequences and stigma have made many reluctant to disclose their HIV status, not to mention accessing HIV testing and treatment, or tapping into available social support networks.

In an effort to reach out and educate young people, the Federation of Reproductive Health Associations, Malaysia, (FRHAM) launched a Prevention, Education and Awareness (PEA) project, which utilises art and creative expression, rather than the usual didactic approach.

The workshops, funded by the 2019 Gilead Asia Pacific Rainbow Grant, were held in Selangor, Kuala Lumpur, Terengganu, Pahang and Kelantan.

The aim was to allow teenagers to explore and unravel the taboos, myths and misconceptions surrounding HIV/AIDS, and tackle disinformation with science-based evidence and facts.

The collage and blackout poem activities provided an open platform for the participants to express their understanding about HIV and the stigma surrounding it.

One participant, Vanessa, said that: “Creative and artistic expression activities like drawing, doodling and acting help us express the support and feeling that words can’t describe.”

It was noted that the information the participants had about HIV mostly came from online and print media, which may not always provide consistent and accurate information about the infection.

Activities like body mapping and using face masks were designed to help participants understand the similarities and differences between people living with or without HIV.

Aimed at promoting empathy, these exercises required the participants to walk in the shoes of those living with HIV to better understand them and the stigma and discrimination they live with every day.

In a positive response, the participants living with HIV said that these activities showed an optimistic, happy and positive representation of people like themselves, rather than the usual negative stereotypes.

In an effort to ensure that the project is sustainable in the long run, peer educatorsess training sessions were also organised where young people were trained and equipped with HIV information so that they can later provide support and guidance to their peers.

Azri, who participated in the programme, said: “I felt encouraged by the workshop and to see young people speaking and informing other young people on their terms and almost as if they are friends.

“This is the best way to empower, spread knowledge and dispel misinformation around HIV.” 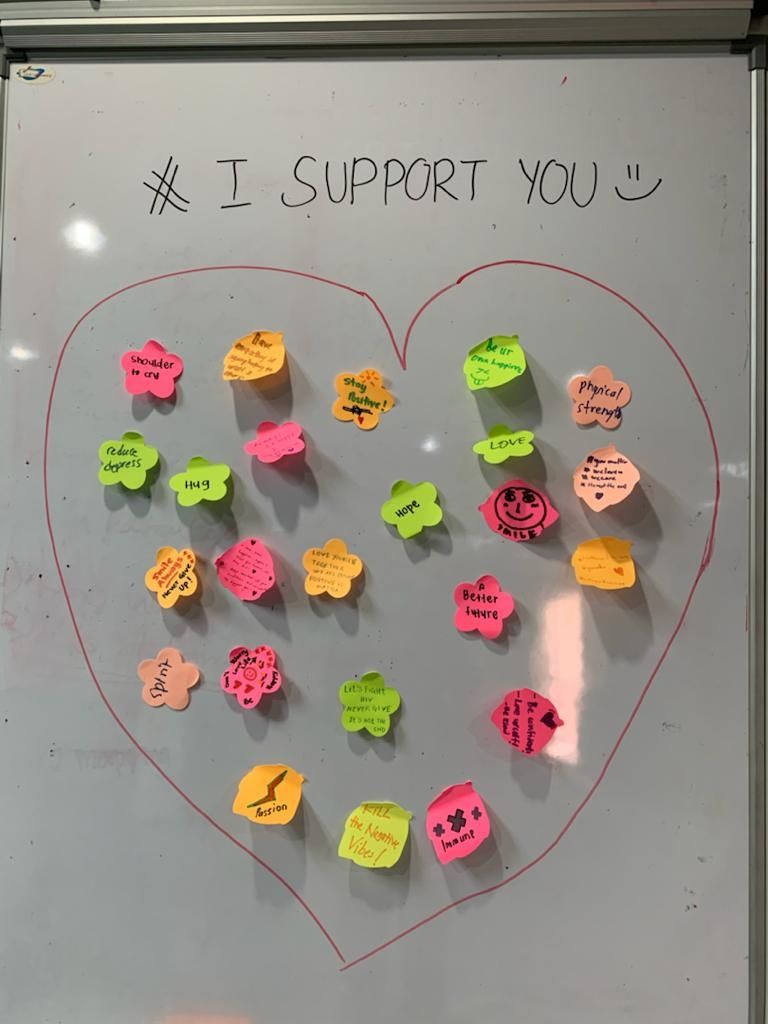 Messages of support and encouragement for people living with HIV from students taking part in the peer educator training session held in Terengganu in February.