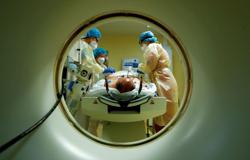 A Singapore navy doctor examines his shipmate for a sore throat in this filepic. Doctors now have a new antiviral to prescribe to their patients who have the flu. — US Navy

Influenza, or the flu, is one of the most common, yet potentially serious, infectious diseases around the world.

It can affect anyone and can turn deadly, especially for those who are vulnerable to complications of the disease.

Globally, flu epidemics result in three to five million cases of severe disease, millions of hospitalisations and up to 650,000 deaths every year.

In Malaysia, the frequency of flu infection is 7-12% among the general population, comparable to the global average.

However, the impact of the flu is often underestimated.

“This is because some milder symptoms, for example, cough, nasal discharge and sore throat, are similar.

“However, the flu is characterised by more severe symptoms affecting the whole body (systemic), such as fever, muscle pain and generally feeling unwell.

“It has the potential to cause a variety of complications, ranging from sinus or ear infections, to more severe complications such as pneumonia.”

He added: “The symptoms of the flu include sudden onset of fever, cough (usually dry), headache, muscle and joint pain, sore throat and a runny nose.

“The symptoms usually start 24 to 48 hours after infection and last up to eight days.

“Most adults are contagious one day before their symptoms start and remain contagious up to seven days after becoming sick.”

As the flu is caused by a virus and is often self-limiting, i.e. the body’s immune system is able to fight the virus off by itself, doctors usually only provide symptomatic treatment, if any.

Symptomatic treatment is treatment that only addresses the symptoms the patient is having and not the cause of their illness.

However, certain groups that are particularly vulnerable to developing complications from the flu might require more.

According to Dr Petrick, these groups include:

These groups, he said, are recommended to be given antiviral medications if they catch the flu.

Alternatively, everyone can also take the annual flu vaccine, which is aimed at preventing the disease in the first place.

Dr Petrick was speaking at the recent launch of a new flu drug in Malaysia.

Baloxavir marboxil has been approved in Malaysia for the treatment of acute, uncomplicated flu in those aged 12 and older.

Unlike other currently available antiviral drugs, baloxavir marboxil interferes with the ability of the flu virus to multiply.

It blocks a sub-unit of the viral polymerase – an enzyme within the flu virus – thus stopping the virus from replicating early on in its life cycle.

Older drugs interfere with the ability of the flu virus to spread within the body instead.

It is effective on the influenza A and B viruses, which are becoming resistant to commonly prescribed flu treatments.

In a multicentre, randomised, double-blind, placebo-controlled phase III clinical trial called Capstone-1, which involved 1,436 people aged 12 and older, those taking baloxavir marboxil had the flu virus eliminated from their bodies much faster than those on oseltamivir, one of the current flu medications.

Virus production in the baloxavir marboxil group also ceased after 24 hours, while it continued for the oseltamivir and placebo groups for 72 and 96 hours respectively.

This could help limit the transmission of the virus and help stop its spread in the community.

The baloxavir marboxil group also saw their symptoms alleviated about a day earlier (26.5 hours) than the placebo group, although there was no difference with the group on oseltamivir.

Another major benefit of baloxavir marboxil is that patients need only take the tablet once for their treatment.

Roche Malaysia Medical and Regulatory director Dr Charles Li commented: “As baloxavir marboxil ushers in a new chapter in flu treatment with its ‘One and Done’ treatment option with convenience of dosing, efficacy and resistance, Roche Malaysia has launched an awareness campaign Axe The Flu to educate the Malaysian public on the disease.

“Recognising the symptoms of flu early is key to effective treatment and prevention of the virus spreading.”

Baloxavir marboxil was first approved in 2018 in Japan and the United States, and has since then gained approval in several other countries.

It is currently being further studied in a phase III development programme in babies under the age of one and severely ill, hospitalised people with the flu, as well as being assessed on its potential to reduce transmission of the flu from an infected person to healthy people.

Loss of smell: Is it Covid-19 or the common cold?

Carrying an infectious disease without knowing – a hidden danger 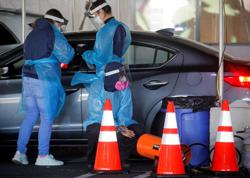