Younger children are not only vulnerable to developing complications from the flu, but can also act as super spreaders of the virus to those around them.

Don't dismiss influenza, or what is referred to as the flu, as something everyone gets once in a while and will recover from fairly easily.

While the world is still gripped with fear over the current Covid-19 pandemic, serious complications could also arise from the flu and affect both children and adults.

The cough can be severe and last up to two or more weeks.

Healthy people can usually recover from viral infections that cause fever and other symptoms within a week without requiring medical attention.

But influenza can cause severe illness or death, especially in high risk groups such as those above 65 years of age, pregnant women, individuals with low or suppressed immune systems, frontliners and healthcare workers who are continually exposed to sick people, and children below five years of age.

Data from the World Health Organization (WHO) shows that the annual influenza epidemics are estimated to result in about three to five million cases of severe illness every year, and about 290,000 to 650,000 respiratory deaths.

The 2019 National Health and Morbidity Survey (NHMS) estimates that half of Malaysians are overweight or obese; 3.9 million have diabetes; 6.4 million have hypertension (high blood pressure) and over eight million have high cholesterol levels.

In older adults, the risk of a heart attack increases by six times within a week of confirmed influenza infection.

But despite the existence of a flu vaccine, it is still unpopular among Malaysians.

“They don’t understand the difference between a common cold and influenza, and that they need to get vaccinated every year because the flu virus mutates and the vaccine components change accordingly.

“The main reason is probably due to ignorance, hence we’re going on a campaign to alert people that an influenza vaccine exists, and we’re trying to make sure at least the high risk groups get vaccinated.”

Immunise4Life is a programme established in 2013 by the Health Ministry, the Malaysian Paediatric Association and the Malaysian Society of Infectious Diseases & Chemotherapy. 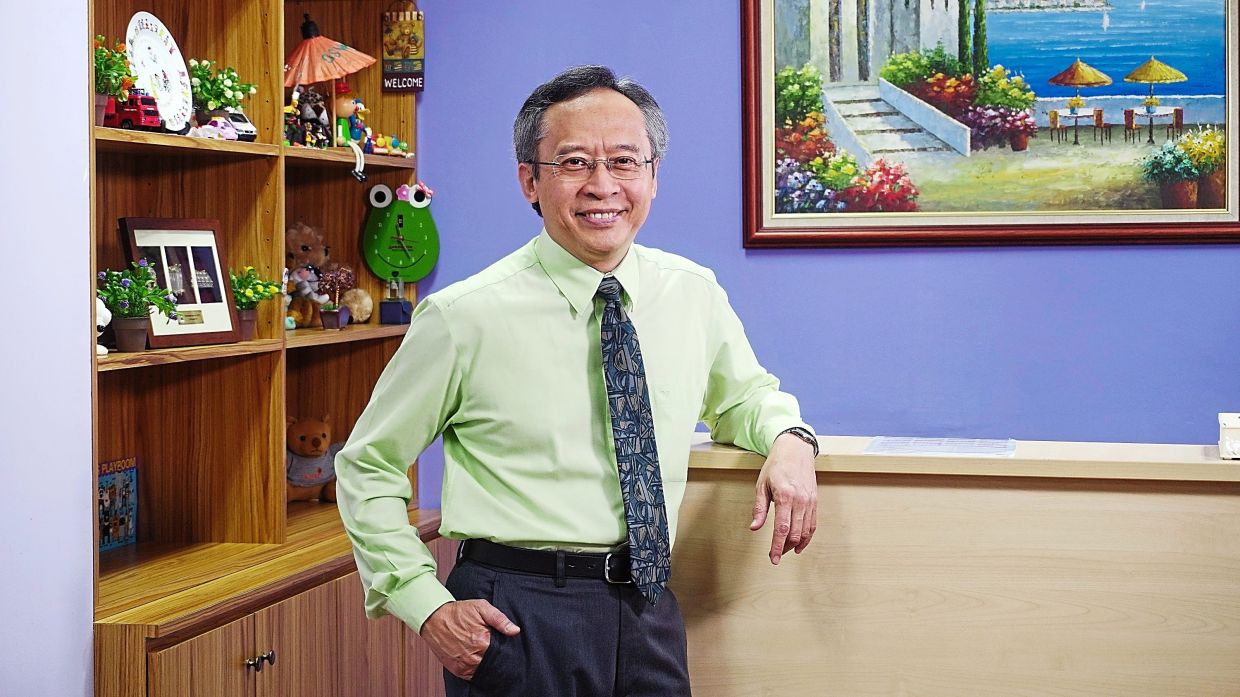 A baby’s immune system is very low, so parents have to make sure that whoever is holding the baby is healthy, says Dr Zulkifli.The nationwide online pledge campaign called Making Flu Prevention My New Normal urges Malaysians to protect themselves and their loved ones from influenza.

Members of the public are invited to start taking steps to make flu prevention their priority by clicking the online pledge button.

The three-month campaign, which aims to achieve 300,000 pledges by October (2020), is driven by Immunise4Life in collaboration with various organisations, and supported by the Health Ministry.

The campaign is a continuation of the major Flu Prevention is an Act of Love campaign that was launched in 2019 by Tun Dr Siti Hasmah Mohd Ali and remains Malaysia’s largest influenza prevention campaign since 2009 when the A(H1N1) flu pandemic swept the world.

Dr Zulkifli says, “Making a personal pledge to prevent the flu could turn out to be a life-saving decision for ourselves and our loved ones.

“The annual flu vaccination is the best tool – coupled with good hygiene and a healthy lifestyle – to prevent influenza infection, severe disease and related life-threatening complications.

“The flu occurs here throughout the year.

“If you remember, last year (2019) in the months of October to December, we had a huge spike in cases of influenza A and B.

“The wards were full of these patients and there was a peak in requests for the vaccine, so we couldn’t keep up.

“Now it’s all about Covid-19 and we have this issue where parents have forgotten to bring their kids for vaccinations.

“This (campaign) is also a reminder for all of us to continue getting vaccinations to protect ourselves.”

Consultant paediatrician and neonatologist Datuk Dr Musa Mohd Nordin adds that it is the parents’ responsibility to protect their child-ren, especially those returning to kindergartens, schools and childcare centres.

“Being around other kids could turn children into mini ‘super spreaders’ of the flu.

“They catch it in school, spread it to their other friends, bring it home and infect their younger siblings, parents and grandparents.

“In younger children, the flu can lead to life-threatening complications including viral pneumonia, invasive bacterial infections and multi-organ failure.

“Those below five years old are particularly vulnerable, as well as those with medical conditions, including asthma, neurological and neurodevelopmental issues, hormonal problems, and disorders of the lungs, heart, kidney or liver.

“In fact, a Malaysian study found that 88% of children who were hospitalised for the flu were below five years old, 36% had underlying medical conditions and 2% did not survive,” he says. 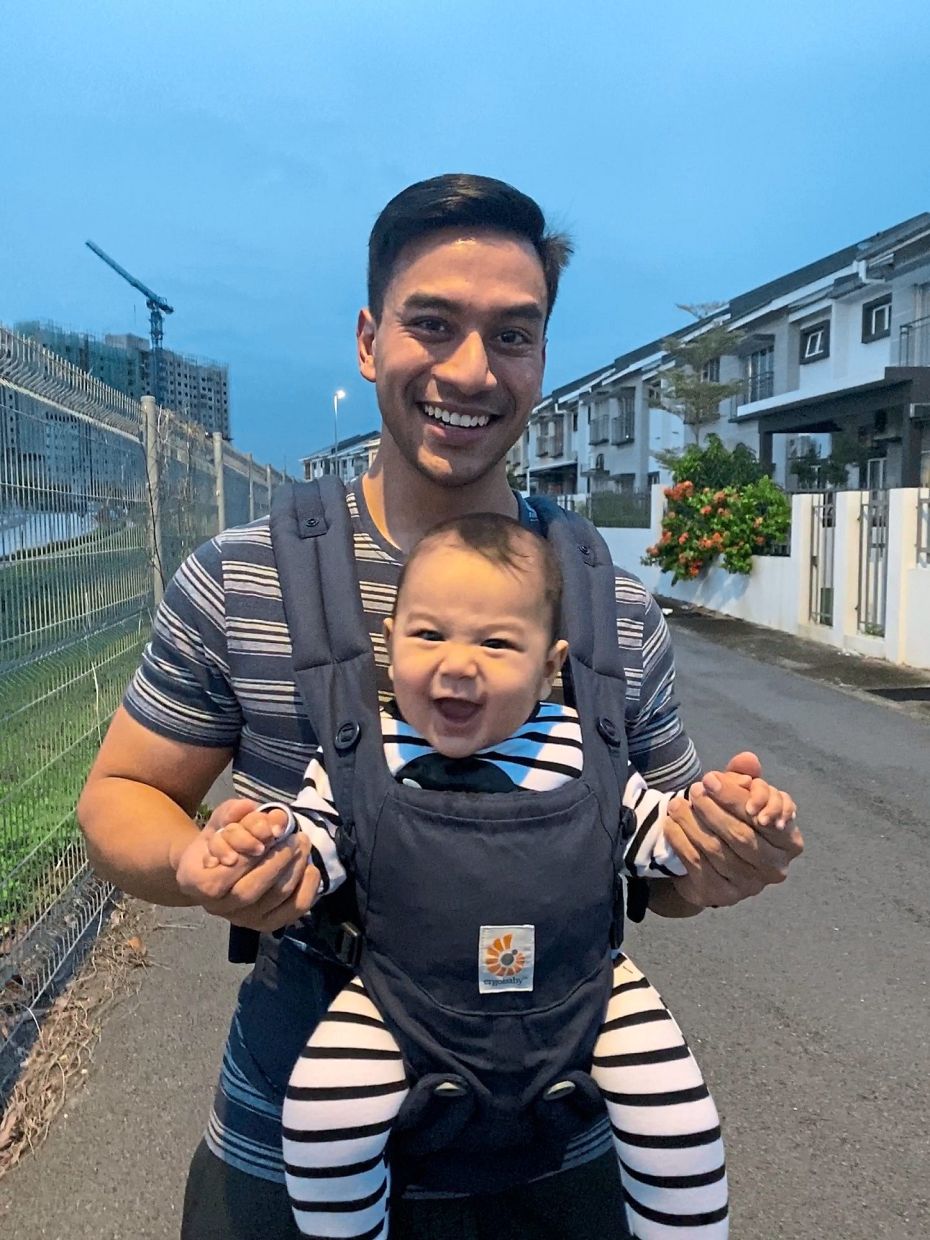 “My spouse and I both work in private practice and we decided to send our baby to a daycare centre after my wife’s maternity leave was over.

“It didn’t take long for him to fall sick.

“A week later, he started developing flu-like symptoms, and since both of us are doctors, we thought we could manage him on our own and didn’t need to consult a specialist.

“We sucked his phlegm out, patted him on the back, etc, but after nine days, his breathing became shallow and rapid.

“So we took him to the hospital and he was admitted,” he recalls.

The paediatrician’s initial diagnosis was lung infection, but the baby’s condition deteriorated further after three days of hospitalisation.

He was struggling to breathe and was given oxygen therapy.

Dr Shazril says, “That sound of oxygen blowing strongly into his little lungs still haunts me till today.

“I never cried so badly in my entire life, especially since we had been trying to conceive for almost five years.

“All kinds of questions arose and we didn’t know what we had done to deserve this.”

Thankfully, his son recovered and when he reached six months of age, the whole family got themselves the flu vaccine.

“My wife has asthma and we think that our son might be prone to getting it.

“Never take the flu lightly. People often mistake it for the common cough and cold, but this can be deadly.

“As parents, we should try to prevent instead of cure.

“Put costs aside when it comes to your loved ones’ lives because money can always be earned back, while lives are lost forever.

“You may not see the immediate benefits of vaccinations, but my son hardly falls sick any more,” says Dr Shazril, who is an advocate of the pledge campaign.

There is no way to tell if your infant is at risk of catching the flu as it can be influenced by many factors.

On why the influenza vaccine is not recommended for babies below six months, Dr Zulkifli explains, “Babies in that age group seldom get infected because they are not exposed to people, so the way to prevent the flu is to cocoon them.

"If somebody visits your house and is sniffling or has a red nose, then don’t let them come near the baby.

“Everyone who sees a baby wants to hold and kiss him.

“A baby’s immune system is very low, so as parents, you have to make sure whoever is holding your baby is healthy.

“Those are the preventive measures you can take.” 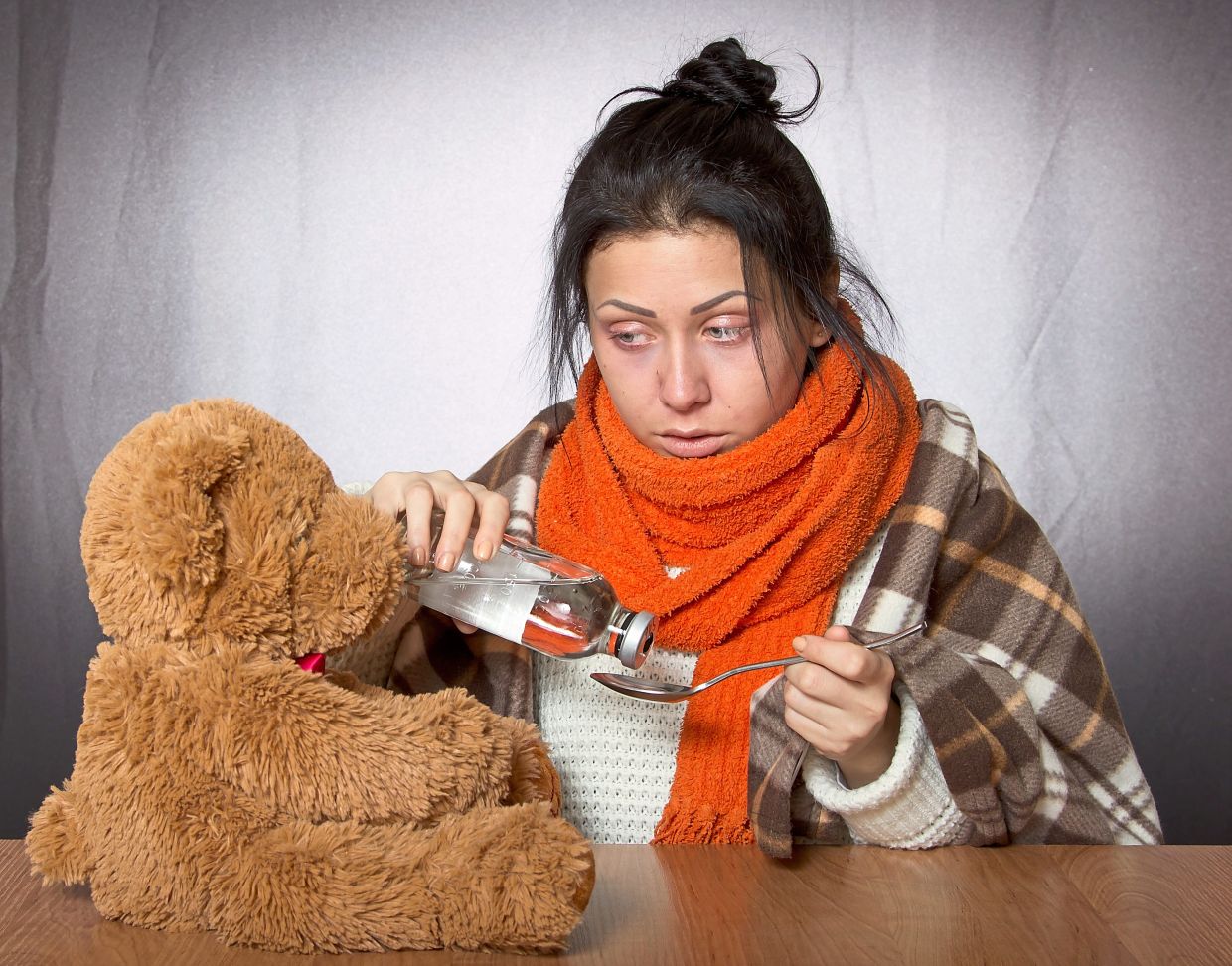 Healthy people can recover from influenza within a week without requiring medical attention, but those in the high risk groups are at risk of developing potentially fatal complications from the infection.

Indeed, anybody can get the flu, but the degree of developing any complications from the infection depends on how weak your immune system is.

“In the beginning, you may have a fever, cough and running nose, then either you get better or you (get worse and) experience rapid breathing – at this stage, children will need oxygen therapy or a nebuliser.

“There are no specific vitamins that can prevent you from catching the flu.

“What you need is a diet that is balanced, healthy activities and exposure to the sun to obtain vitamin D.

“And yes, you can die from influenza as the virus can deplete your immune system to an extent that it allows other organisms to enter and infect your body.

“So you may die from secondary infection,” points out Dr Zulkifli.

During the movement control order (MCO), there has been a drop in the number of flu cases and clinics recorded fewer patients daily.

“The measures we’re taking now to prevent Covid-19 can also be applied for influenza and other infectious diseases.”

Dr Zulkifli echoes his sentiment: “The first patient that I saw after the conditional MCO was actually a dengue patient.

"Now I see many food poisoning cases because people are going out to eat.

“But I think we will start seeing influenza cases again soon, so we have to maintain these ‘new normal’ hygiene standards.

“The flu vaccine uptake is low at the moment, but that is not a good indicator (of the number of influenza cases).

“The uptake can go up and down, depending on whether we (and the media) talk about influenza or whether your friends get sick.”

No vaccine is 100% effective, so getting vaccinated doesn’t mean you won’t get the flu.

However, if you do get the flu or if you get the flu together with another virus, the vaccine will reduce the severity of the complications you might experience.

Dealing with children while working from home

Covid-19 booster shots are needed to maintain the appropriate level of protection
Nine ways that your gut affects mental health
Housework linked to sharper memory and better falls protection in older adults
Is it healthy for kids to be vegetarians?
Men, don’t ignore your symptoms - it could result in sudden death
Does having chicken soup for your cold really help?
When food poisoning causes a high fever
Will my child's fertility be affected by the Covid-19 vaccines?
Helping abused children cope with the emotional consequences
When will we know the Covid-19 pandemic is over? Premium