Her hospital stay inspired her to take up architectural engineering

But in 2019, that’s just what happened to Emily Hontz during her last semester at West Chester East High School in Pennsylvania, United States.

Instead of getting to do all the fun stuff she had planned with family and friends – she had tickets for the musical Mean Girls on Broadway – she underwent lengthy treatment at the Children’s Hospital of Philadelphia (CHOP), where doctors worked to control her Crohn’s disease.

The chronic inflammatory bowel condition had left her debilitated, weak and unable to attend school.

But an unexpected thing happened as Emily slowly walked the halls at CHOP.

She began feeling the stirrings of a future career, inspired by the hospital’s sensitive design.

The layout of the floor seemed just perfect for the laps she needed to do to stay active.

The atrium added light, cheer and interest. The colours added a touch of both fun and calm.

There were even places to socialise with other patients, with whom she had struck up friendships.

And suddenly, she had a vision of her professional future.

“I knew I wanted to go into some engineering field, and architectural engineering sort of got my attention,” she said.

“But being at CHOP gave me a purpose: I wanted to create things that would affect how people feel and make them comfortable and happy.”

Her hope is to eventually create healthcare facilities that are pleasant, friendly and accommodating – the way she found CHOP to be.

Emily’s sense of mission, even at a young age, has won her two US$2,500 (RM10,660) scholarships – one from the trade group Professional Women in Construction of New Jersey (PWCNJ) and the other from Torcon Inc, a construction firm with offices in Philadelphia and New Jersey.

Professional Women in Construction mentorship chairperson and Torcon project manager Erin Allen nominated Emily for a scholarship after hearing about the teen from none other than Emily’s big brother, David Hontz, a 25-year-old project engineer with Torcon.

When Allen meet Emily, she was impressed by her drive, as well as her commitment, which was all the more notable given her youth.

“Her dedication to what she is doing, and why, is truly motivating,” Allen said.

“I believe her story speaks volumes at such a young age.”

“Our partnership with patient families is integral and invaluable, whether it’s brainstorming with the CHOP Youth Advisory Council (a patients’ group that advises the hospital) or one-on-one patient discussion about what makes a truly memorable space, it’s no exaggeration to say that the patient perspective has a direct impact on the facilities that you see today,” she said.

“I am thrilled to hear that Emily was inspired by CHOP,” she added.

“When she’s ready for a job, she knows who to call.” 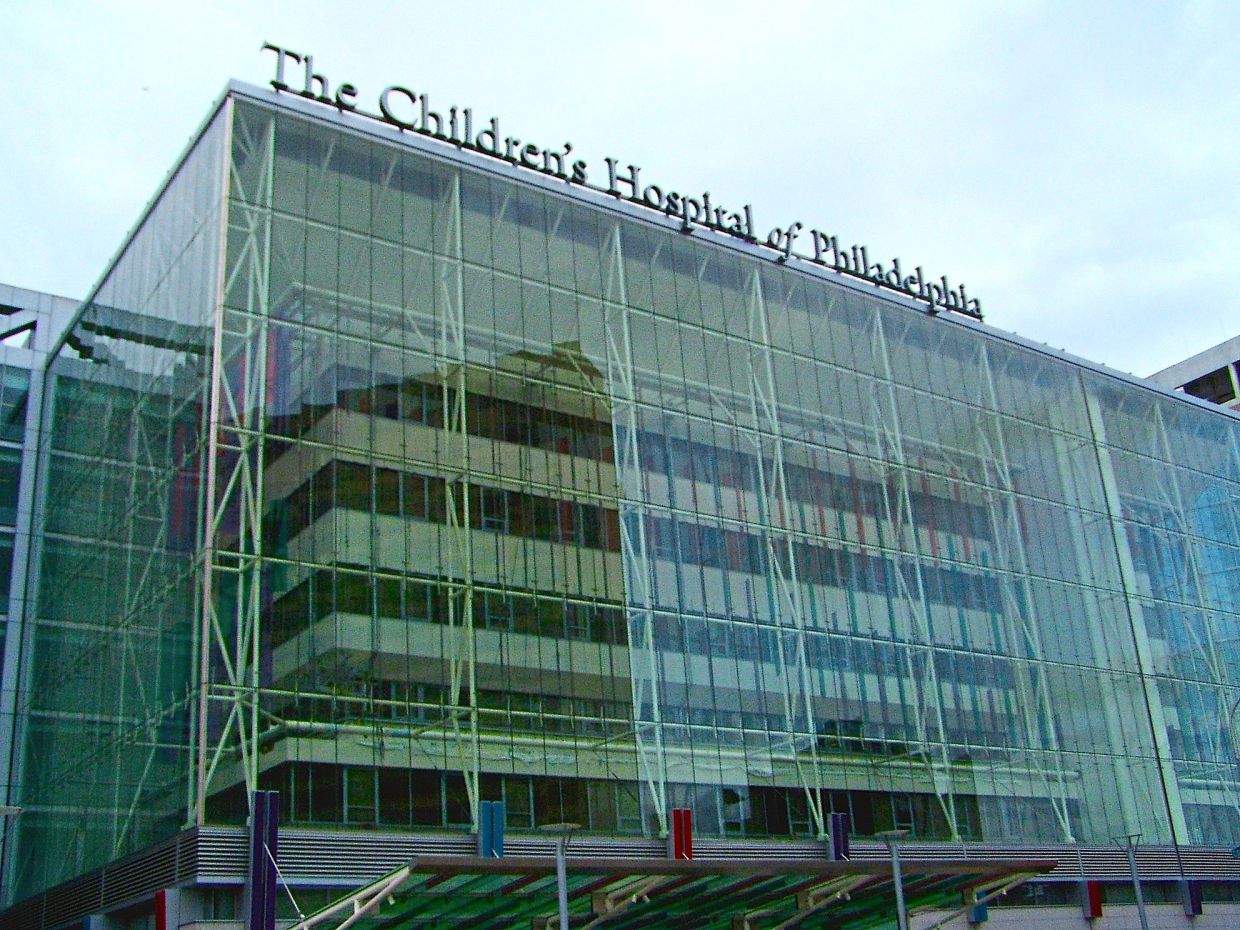 Emily hopes to design children’s hospitals that are pleasant, friendly and accommodating, just like CHOP, once she graduates. — JEFFREY M. VINOCUR/Wikimedia Commons

Emily became interested in engineering through her brother, whom she used to visit when she was a kid and he was an engineering student at Penn State.

Back then, she wasn’t quite sure what she wanted to do.

Then in her junior (third) year of high school, she started getting sick.

The symptoms started as low energy, dizziness and light-headedness.

She was diagnosed with Crohn’s disease in early 2018 and was being treated at Nemours/Alfred I. duPont Hospital for Children in Wilmington, Delaware.

“Things were pretty steady for a while. Then around January of 2019, things just sort of exploded, and I got really sick really fast,” said Emily, whose family then transferred her care to CHOP.

Emily said she was nervous about going to CHOP, a big city hospital, and she didn’t know what to expect.

But the medical staff went to work right away, trying to relieve her discomfort and bring her escalated symptoms under control.

The doctors and nurses, she said, were really warm and kind.

And then there was the place itself. “My room was really colourful,” she said. “I just felt welcomed and relieved as soon as I got there.”

The colours, the brightness and openness of the hospital design were high points of her stay.

And then there was the Sea Garden, a rooftop oasis at CHOP’s Children’s Seashore House, the hospital’s inpatient rehabilitation centre.

“It was definitely one of my favourite places,” Emily said.

Looking to the future

Her brother David gets excited, thinking about Emily’s future.

Who knows? Maybe one day they’ll get to do a project together – he involved in the construction side, Emily in the design.

He’s proud of his sister’s spirit, which really shone through her long, tough hospitalisation.

“It takes a certain type of person to draw positives from a negative experience,” said David, the oldest of the four Hontz siblings.

“That’s just the sort of person Emily is. The Emily we know wouldn’t just take something lying down.”

For now, Emily’s Crohn’s disease seems to be under control with medication.

She’s looking forward to continuing her studies and she is grateful for the scholarships.

Her mom, Cindy Hontz, is a physical therapist who does home healthcare.

Her father, Jack Hontz, who was the band director for Strath Haven High School, died from a heart attack in 2017.

The financial assistance is appreciated, said Emily, but so is knowing that “there are people out there willing to encourage and help out women, specifically in this (engineering) field”.

It’ll be a few years before Emily gets to do a design project of her own, but she knows what she’d like it to be.

“I think designing a children’s hospital would be really cool,” she said, “to be able to explain your ideas of how to make it a more comfortable, safe and bright environment for kids, especially kids who are there long-term.

“That would be really a cool project to be a part of.” – Rita Giordano/The Philadelphia Inquirer/Tribune News Service