Symptoms of depression in kids and teens 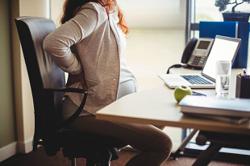 Depression doesn’t just affect adults – children and teenagers can get depressed, too.

But it can be difficult for teachers or parents to spot the signs of depression in young people. Small children tend to cry a lot even when they are healthy, for example, and in teenagers, symptoms such as sadness or irritability are often just a part of puberty.

Medical specialists often have an easier time recognising the signs of depression, so if you have any doubts, it’s best to get a professional involved.

To help you decide whether intervention is needed, the German Depression Help Organization has created a list of symptoms categorised by age group:

Ages one to three