By DATUK DR NOR ASHIKIN MOKHTAR

High blood pressure is a risk factor for both heart disease and stroke – the top two conditions on this list. — TNS

When we think of the “deadliest diseases”, we might be inclined to imagine the ones with visually severe symptoms that grab the headlines for their rapid spread and lives lost.

On the contrary, many of the diseases that have those characteristics don’t kill as many people as we believe, not even ranking among the top 10 causes of deaths worldwide.

It turns out that the deadliest diseases are those with a slow progression.

Unlike the diseases with a rapid spread and disastrous consequences, the deadly diseases that progress slowly can be monitored and controlled.

With the right diagnosis, preventive care and advice from healthcare providers, patients can take steps to lower their risk of fatal consequences.

Here are the top five diseases that kill the most people worldwide every year, according to the World Health Organization (WHO):

When a person’s blood vessels narrow due to damage, they are at serious risk of heart disease.

You are at risk for heart disease if you have one or more of the following factors:

Fortunately, due to improved science, medical care and education, death rates due to coronary artery diseases have declined, even though it remains the number one killer.

Coronary artery disease can be avoided by maintaining a lifestyle that encourages good heart health.

A stroke can happen when an artery in the brain gets blocked or leaks.

Your brain will then be deprived of oxygen and cells will begin to die within minutes.

Symptoms of a stroke include numbness in parts of your body, trouble walking or seeing, and confusion.

It’s possible to recover from a stroke, but if left untreated, it can cause long-term disability.

Getting treatment within three hours of experiencing a stroke lessens the likelihood of long-term disabilities.

But according to the US Centers for Disease Control and Prevention (CDC), while 93% of people know that sudden onset of numbness is a sign of a stroke, only 38% are familiar with the other stroke symptoms.

Hence, stroke remains the leading cause of long-term disabilities.

Risk factors for stroke include:

Some risk factors of stroke can be reduced with preventative care, medications and lifestyle changes.

In general, good health habits can lower your risk. These include:

The flu, bronchitis, tuberculosis and pneumonia are sources of infections in your lungs.

Viruses and bad bacteria enter your airways, causing key symptoms like coughing, breathlessness or tightness in your chest, and wheezing.

If left untreated, lower respiratory infections can lead to death.

To guard against respiratory infections, it’s advisable to update your flu shot annually.

Avoid spreading or picking up bad bacteria by washing your hands frequently, especially before eating and touching your face.

If you catch an infection, stay at home as much as possible to allow yourself a chance to rest and clear the infection more quickly, as well as to avoid infecting others.

This condition makes breathing difficult in the long term.

Emphysema and chronic bronchitis are some of the most common types of progressive COPD.

An estimated 64 million people were recorded as living with pulmonary diseases in 2004.

Risk factors for COPD include:

The progression of COPD can be delayed with medication, getting treatment quickly increases your chances of successful treatment.

You can also prevent COPD by quitting smoking, avoiding secondhand smoke and other lung irritants.

This disease includes cancers of the bronchus, trachea, lungs and larynx.

Factors that lead to developing this type of cancer include secondhand smoke, toxic particles, smoking, mould in the home and other environmental toxins.

Although those who smoke are the most at risk for developing this condition, it can happen to anyone.

The most obvious method of prevention is to stop smoking, or not starting.

Apart from that, there isn’t much that can be done to specifically arrest the development of this disease, except to minimise your exposure to a poisonous environment.

You can also use an air purifier in your home and office, and wear a mask when going outside in poor air quality conditions.

Early detection can save you from experiencing the very worst symptoms of respiratory cancer.

Get headaches often? Magnesium might help alleviate the pain

The difference between the cold and the flu

Are doctors biased against women when they complain about being sick? 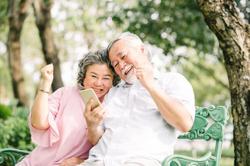