What really goes into making your vaccines

Vaccines play a crucial role in protecting us against life-threatening diseases. — AFP

Vaccines were unheard of until 1796 when Edward Jenner, widely considered the founder of vaccination in the West, inoculated a 13-year-old boy with the Vaccinia virus, which is part of the poxvirus family, and caused him to develop immunity to smallpox.

The name of the virus gave birth to the word: vaccination.

Subsequently, many vaccines have been developed to prevent some of the world’s most devastating diseases, including hepatitis, polio, pneumococcal disease, meningitis, measles, rotavirus, whooping cough (pertussis) and influenza.

The process of making a vaccine is a long and tedious one, as we discovered on a trip in late November 2019 to visit a few of healthcare company GlaxoSmithKline’s (GSK) facilities in Belgium.

Established in 1995, the Wavre facility is the world’s largest vaccine manufacturing site, with a surface area equivalent to 70 football fields! Access to the site is tightly controlled.

The pioneer in developing the polio vaccine in 1956, GSK currently has more than 40 vaccines for children, adolescents and adults, including travellers.

It takes more than 10 years of research and development to produce a successful vaccine, followed by 12 to 18 months to obtain the first regulatory approval and 24 to 26 months to manufacture a single dose for the market.

Even then, there is only a 6% probability of a successful vaccine brought to market from pre-clinical studies, despite the £130mil to £400mil (RM693mil to RM2,133mil) that goes into developing the vaccine.

Each batch of vaccine is subject to repeated, rigorous quality testing – over 100 checks throughout the manufacturing process.

Among others, the vaccine’s temperature needs to be regulated because an increase or decrease in temperature may drop its efficacy level.

By the time the vaccine gets to the patient, it has undergone multiple testing by different regulators.

Indeed, developing vaccines is a costly affair with no guarantee of returns, but someone’s got to do it.

It may take up to 15 years of research, but if there are no promising breakthroughs, then the project is ditched.

The demand for vaccines is high and supply is often not enough as there is a limited number of manufacturers and production capacity worldwide.

Adjuvants have been used for almost a century and help vaccines work better. 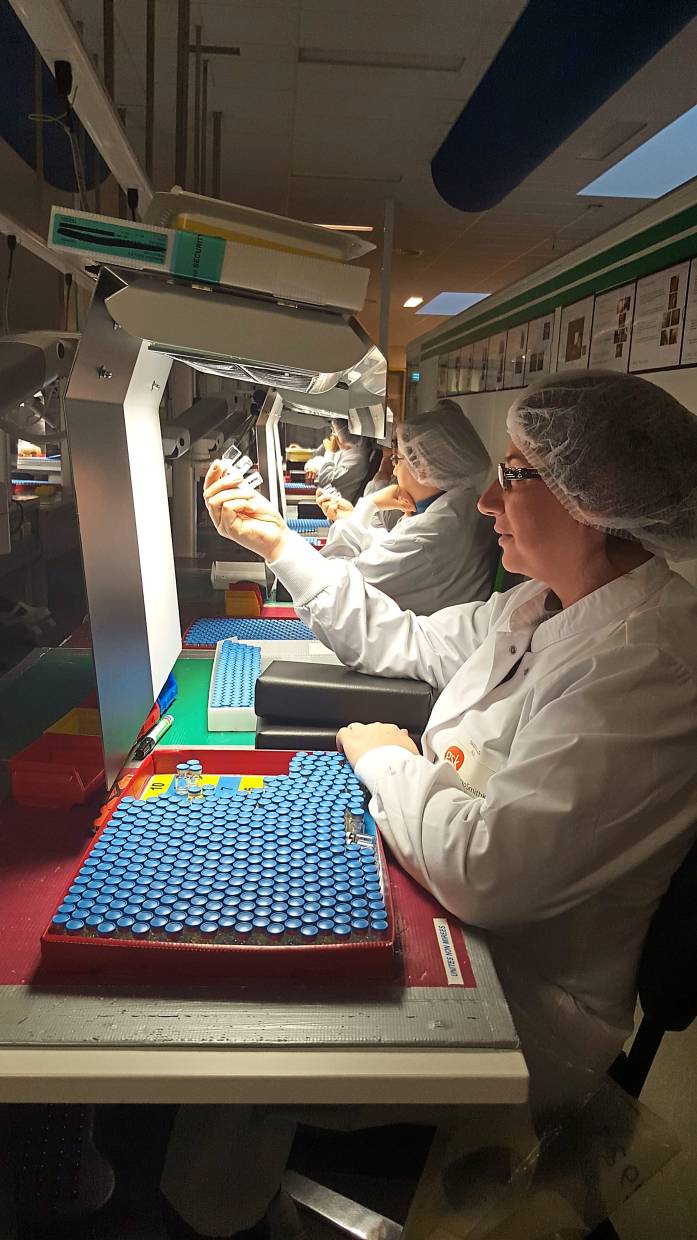 Visual inspection of the vaccines is one of the over 100 checks done throughout the manufacturing process. — Photos: GSK

An adjuvant is an ingredient such as aluminium salts, oil/water emulsions and liposomes, which are used in some vaccines to help create a stronger immune response in the person receiving the vaccine.

Aluminium salts were initially used in the 1930s, 1940s and 1950s with diphtheria and tetanus vaccines, after it was found that they strengthened the body’s immune response to these vaccines.

Aluminium is one of the most common metals found in nature and is present in air, food and water.

Scientific research has shown that the amount of aluminium exposure in people who follow the recommended vaccine schedule is low and that it is not readily absorbed by the body.

Some vaccines that are made from weakened or killed germs contain naturally-occurring adjuvants and help the body produce a strong protective immune response.

However, most vaccines developed today include just small components of germs, such as their proteins, rather than the entire virus or bacteria.

Newer adjuvants have been developed to target specific components of the body’s immune response, so that protection against disease is stronger and lasts longer.

“It is unpredictable how vaccines will impact disease numbers, but it is necessary to prevent infectious diseases and deaths.

GSK produces more than two million doses of vaccines daily and distributes 99% of them to more than 160 countries, of which 70% are low- and middle-income countries.

“Vaccines are different from medicines because it takes care of a large group of people, not only the sick population.

“There is lower tolerance of risk with vaccines than with medicines. The safety of vaccines is monitored at all times through local and global surveillance systems.

“You may get a fever for two or three days after a jab. Very rarely are there serious adverse events linked to vaccination, ” he says.

Generally, vaccination programmes are focused on children, while adults are usually overlooked.

Hence, the prevalence of many vaccine-preventable illnesses is higher in adults, who might not have been vaccinated or whose vaccination has expired, than in children.

“Roughly, if you have a 95% herd immunity threshold, then you don’t need to vaccinate the entire population, ” says Dr Cintra. 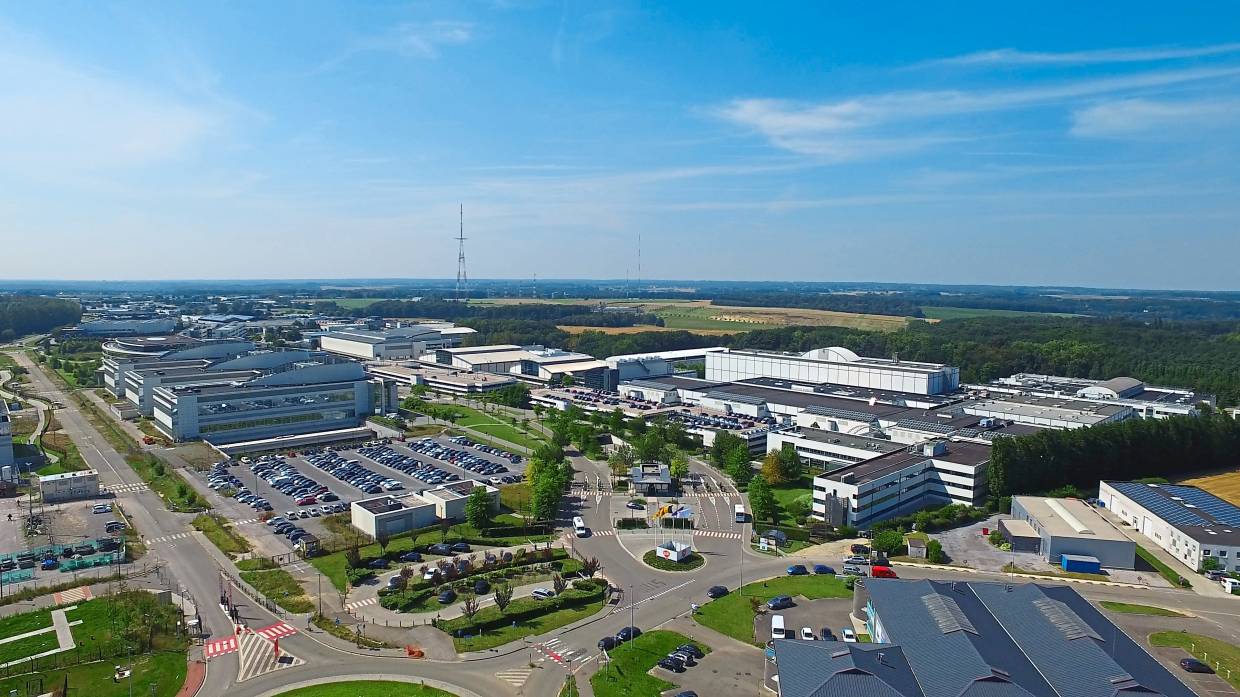 A boost is needed

Statistics show that of the more than 40,000 deaths annually from vaccine-preventable diseases in the United States, 99% are in adults.

He points out, “For a long time, we thought that once you get a disease, you will become immune to that disease because you would have developed the antibodies (against it).

“But we realise that our immune system is not that smart. The immune system and the risk of infectious disease changes over an individual’s life.

“Like natural infection, immunity from vaccination may wane over time, so maintaining immunity through boosting may be necessary.

“But most young adults don’t receive the booster shots. Roughly, we recommend one booster shot every 10 years.”

Adds GSK Vaccines scientific affairs and public health director Dr Francois Meurice: “For example, the pertussis (whooping cough) vaccine does not last throughout your life, although you will still have some immunity.

“You may cough for a week and it may disappear on its own.

“One person can infect 17 others as transmission is easy. People don’t realise this, so get a booster shot!”

Pertussis is a highly contagious, but underestimated disease; outbreaks are reported every three to five years.

“All ages are susceptible to pertussis, but older individuals represent a reservoir of infection, potentially transmitting disease to unvaccinated or partially vaccinated infants.

“Newborns and young infants are at highest risk of a fatal outcome.

“To detect it, you need surveillance, but this is hard because by the time the patient comes to the hospital, he has already taken antibiotics and the test results won’t show the bacteria.

Also, to take a swab is very uncomfortable as we have to do it through the nose, ” says Dr Cintra.

He says, “When a pregnant woman receives a dose of pertussis (Tdap) vaccine, her antibodies against pertussis will be passed on to her baby and may help protect the newborn after birth.

“To ensure the highest possible protection against pertussis at birth, the Tdap vaccine should be administered once during each pregnancy (around 20 months).”

The World Health Organisation (WHO) lists vaccine hesitancy as one of its top 10 global health threats as the global burden of vaccine-preventable diseases remains high.

The anti-vaccination movement is increasingly organised, exerting a damaging effect on our health system, especially through misinformation on the internet and social media.

In Malaysia, the immunisation schedule is free in government hospitals and clinics for all citizens, and contains a list of recommended vaccines from birth to 15 years of age.

None of the vaccines are mandatory, despite all of the diseases being either life-threatening or potentially crippling.

The recent polio diagnosis in Tuaran, Sabah, after a 27-year period of the country being polio-free, shows that the need for vaccines is still very real.

Particularly with the ease of air travel, the entire world needs to be declared free of a particular vaccine-preventable disease before we can let our guard down and stop vaccinating our children and ourselves.

When a common cold turns into deadly pneumococcal disease