Now you can screen for cervical cancer at home

All a new test needs is a urine sample to check for cervical pre-cancer. — AFP

An at-home, non-invasive screening for cervical pre-cancer could increase compliance with recommended follow-up tests, according to research presented recently at a cancer conference.

The new screening, called the S5 test, is based on a urine sample or a vaginal swab that women can collect themselves at home and have sent to a lab.

Researchers look for a change in DNA associated with a human gene and the four most dangerous types of the human papillomavirus (HPV), a common sexually-transmitted infection linked to cervical cancer.

The protocol was developed by Belinda Nedjai of Queen Mary University of London’s Molecular Epidemiology Lab in the United Kingdom, to increase the compliance of women who do not return to the clinic after an abnormal test result.

These are typically older women who find the follow-up painful, she said.

The test is considerably less invasive than those requiring a speculum, she said.

It’s also fast – after samples are sent to the lab, it takes only hours to do the screening.

“These women can give a swab or a urine sample, and we can test them,” she said. “It’s going to be beneficial.”

Currently, the gold standard for cervical cancer screening is an HPV test and a pap smear, usually following a positive HPV result.

Patients with an abnormal pap smear are then referred for another screening called a colposcopy.

The S5 screening could reduce the number of women sent for a colposcopy, Nedjai said.

It was tested on 620 patients at Royal London Hospital, who had an abnormal pap smear or positive HPV test.

“We found that the S5 classifier – with or without HPV testing – worked well in both urine and vaginal samples,” said Nedjai, who unveiled the findings at the National Cancer Research Institute (NCRI) Cancer Conference in Glasgow on Nov 4, 2019.

“It distinguished between women who had no pre-cancerous lesions and those who had (higher-risk) lesions.”

In patients with HPV, an S5 urine test was better at correctly identifying women with pre-cancer lesions than testing for a high-risk type of HPV, she said.

As a standalone test in patients who had not been screened for HPV, the pre-cancer was identified at least 85% of positive cases.

Cervical screening is at a 20-year low in the United Kingdom, according to Public Health England, which launched a campaign earlier this year to promote screening.

Nedjai explained that there’s still a lot of research that needs to be done before the S5 test could be used in place of HPV testing.

Implementation of the S5 test may be fast-tracked in low- and medium-income countries where cervical cancer screening is not available, she said. “For them, it’s a win-win process.”

There were more than 311,000 deaths from cervical cancer in 2018, and about 90% were in less developed countries, according to the World Health Organization (WHO).

The research has not yet been submitted for peer-reviewed publication. – AFP Relaxnews 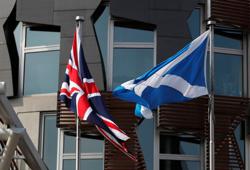 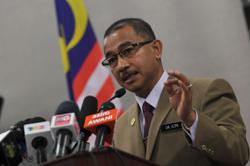