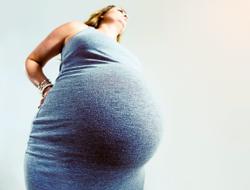 Stopping smoking and controlling blood pressure are two measures you can take to reduce the risk of heart attack. .

By far, most instances of sudden cardiac death is due to factors affecting the heart, such as dangerous rhythm or structural abnormalities related to the muscle, valves or coronary arteries of the heart.

DEATH, in whatever form, is an extremely traumatic, emotional and life-changing event for those left behind.

This is particularly so when it happens suddenly, and especially, prematurely.

This is what happens in sudden cardiac death (SCD). This is a sudden, unexpected death caused by loss of heart function (sudden cardiac arrest).

One could arguably make the case that when death occurs, it is invariably a cessation of cardiac function, so why this special terminology?

Not quite; here, death occurs primarily from a cardiac cause versus it occurring as a terminal result of infection or other diseases.

Why the term SCD?

The word “sudden” is used for obvious reasons, while “cardiac” is used because 80% of victims succumb due to a cardiac cause, most often a dangerous rhythm or structural abnormality related to the muscle, valves or coronary arteries of the heart.

This is often the case in those below 35 years of age.

In those above 35 years of age, coronary artery disease (CAD) is by far the commonest cause of SCD.

It is a well-known, though sad fact too, that the victims of SCD who often make the headlines are athletes and sports personalities.

They are usually the young and often popular individuals whose demise invariably send shockwaves through society.

It usually affects young males aged between 17 and 23 years, with 80% of cases occurring without prior warning.

Many are due to inherited, undiagnosed heart muscle abnormalities (cardiomyopathies) and electrical problems of the heart.

Other examples of SCD in athletes are those that occur during marathons.

Some are experienced runners whilst others are newcomers.

Many have undiagnosed or underlying heart disease, and die due to a consequent heart attack, but a few are healthy experienced marathon runners.

Undoubtedly, the first and most famous of these was mentioned in the Greek legend involving Pheidippedes, who in 490BC, after running about 42km from Marathon to Athens to report that the Greeks had defeated the Persians at the Battle of Marathon, promptly collapsed and died.

Rarely, it occurs in apparently healthy individuals simply due to the physical demands of the gruelling, long-distance marathon run.

Here, the demands on the heart, circulation and body will increase, with up to 10-15 times the usual energy requirement. Even healthy individuals are potentially at risk.

Sedentary individuals who suddenly engage in vigorous exercise are at risk of a heart attack and SCD.

Happily, for the most part, marathons are now an all-comers event open to everyone, with varying levels of difficulty, and are generally safe, as long as some common sense precautions are taken by participants themselves.

The risk of dying during the London Marathon, for example, is small, about one in 80,000 runners.

Exercise is healthy, if done regularly. Regular exercise slows the development of CAD, and lowers your risk of SCD and heart attacks.

The more common instances of SCD involve non-athletes – by far, the majority of these deaths fall into this category, following an episode of cardiac arrest, principally due to coronary heart disease in its many forms, including heart attacks.

Age is not a primary criterion here because we in Malaysia are treating 19-year-old males and 28-year-old females with heart attacks!

Yes, the female gender is also at risk.

So, what is the likelihood of patients of all ages, young and old, who had a cardiac arrest outside of hospital, having CAD?

Two studies of such patients who had subsequent coronary angiograms performed showed that 73% and 83% had CAD (Cronier, Critical Care, 2011. Zanuttini, Am Jo. Cardiology 2012).

It should be no surprise in a society like ours where there is a high prevalence of coronary disease, and where about 50% of the adult population are smokers (according to the World Health Organisation) that the proportion of SCDs related to coronary heart disease is expected to be high.

When do these events occur?

Studies have shown that 22% of SCDs occur during exercise, 38% during rest or minimal exertion, and 40% unwitnessed.

Some causes of SCDs have a genetic basis, which means to say that if someone has a family history of unexplained SCD, especially at a young age (below 50 years), it is generally advisable that they undergo a screening consultation with a doctor.

In general, symptoms such as palpitations, chest pain, breathlessness, fatigue and fainting should not be ignored. 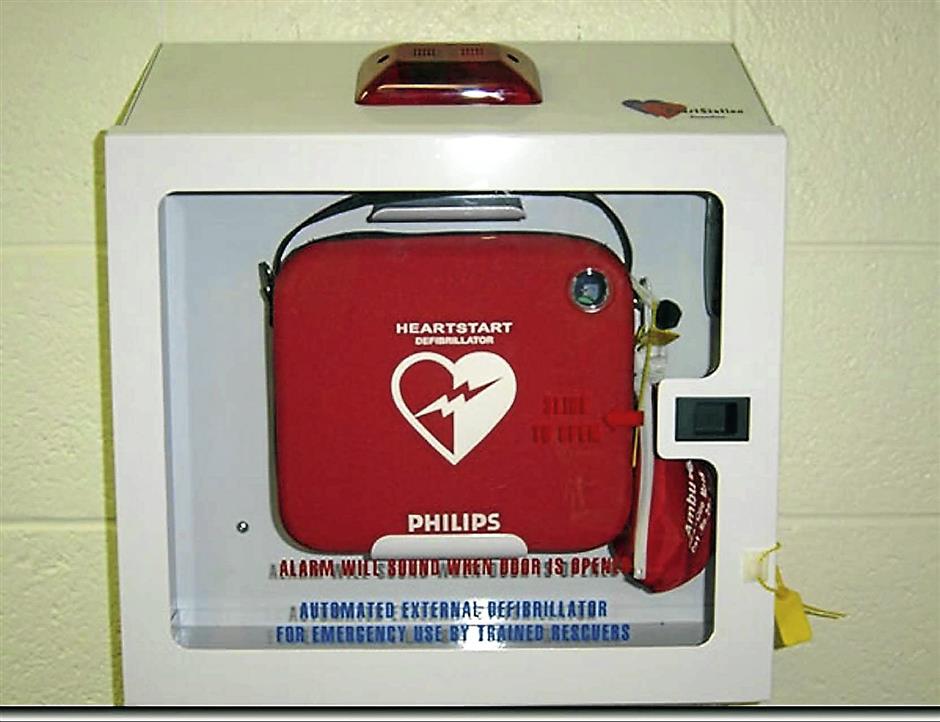 Automatic external defibrillators can be lifesavers in instances of heart attcaks outside a hospital setting.

Is there any way we can reduce this risk?

There are only two options: prevention and resuscitation.

If resuscitation is at hand, one can potentially survive.

As CAD is by far the most common cause of SCD, its prevention will hinge on detecting and reducing the prevailing risk.

It will also depend upon its diagnosis in high-risk individuals, regardless of age and gender. These risk factors are not unknown and are certainly not new.

It follows that those who already have CAD, and especially those who have sustained a heart attack previously, should be especially committed to these risk reductions.

It is for this reason that survivors of heart attacks must be followed up and assessed regularly.

This is especially so as our data shows CAD affects our population (and indeed, many other Asean and South Asian populations) at a younger age (about 10 years earlier) compared to other countries.

Another important point that must be made is the resuscitation aspect of SCD.

Any hope of survival would depend on early and effective cardiopulmonary resuscitation (CPR), together with a life-saving device called the automatic external defibrillator (AED).

This is a small device which, applied via pads on the chest, is capable of delivering a small electric shock to the chest to terminate a dangerous life-threatening electrical rhythm – the cause of countless deaths. This alone can restore normal heart rhythm if done early.

Good CPR and early defibrillation together can help to improve survival by up to 50%.

Mass production has resulted in lighter and smaller units, with built-in voice prompters.

They still cost a pretty penny, but nowhere near what they used to.

Better yet, they also come in many languages, even Bahasa Malaysia/Indonesia.

PADs and AEDs can save lives. As with everything else, it is important to start with the basics, hence an intimate practical knowledge of CPR is required.

There is even an application you can download on the iPhone (Save a Life). It has the required instructions and measures the chest compressions against the soundtrack of the Bee Gees’s hit song Stayin’ Alive.

Alas, when we finally put everything into perspective, the commonest cause of SCD is still CAD.

The vast majority of people with CAD are at risk of sudden cardiac death, and that is a large number of Malaysians.

> Datuk Dr Azhari Rosman is a consultant cardiologist. This article is courtesy of the National Heart Association of Malaysia.

Take steps to get walking 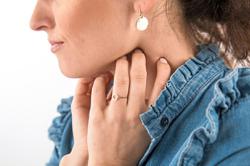 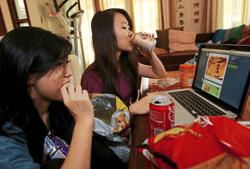 Think you're sick, but the doctors say you're not?
Things to consider when planning for a caesarean section
Balancing your child's diet for optimum growth
No traces of mRNA vaccines found in breast milk
Covibesity: The dangerous combo of obesity and Covid-19
This multiple sclerosis patient hasn't let her condition defeat her Premium
How to encourage kids to be physically active
Is there really a 'best' Covid-19 vaccine?
Delivering Covid-19 vaccines to rural and small town communities
So you tested positive for Covid-19. Now what?