PareUp aims to divert billions of ringgit worth of produce that is thrown out every year to potential consumers.

As the dialogue on the shameful amount of food waste grows louder, US developers are in the midst of creating an innovative new app that will allow retailers and restaurants to sell their leftovers and overstocked products to consumers.

Currently being tested in New York, PareUp aims to divert perfectly edible foods from landfills – day-old pastries, foods approaching their sell-by date and misshapen products that get the brush-off from consumers who’ve grown accustomed to perfectly round apples and symmetrical vegetables.

According to PareUp developers, supermarkets throw out US$15bil (RM49bil) worth of produce a year because of surplus stock and aesthetic imperfections, while restaurants and households are responsible for throwing 39 billion kilos into the garbage. 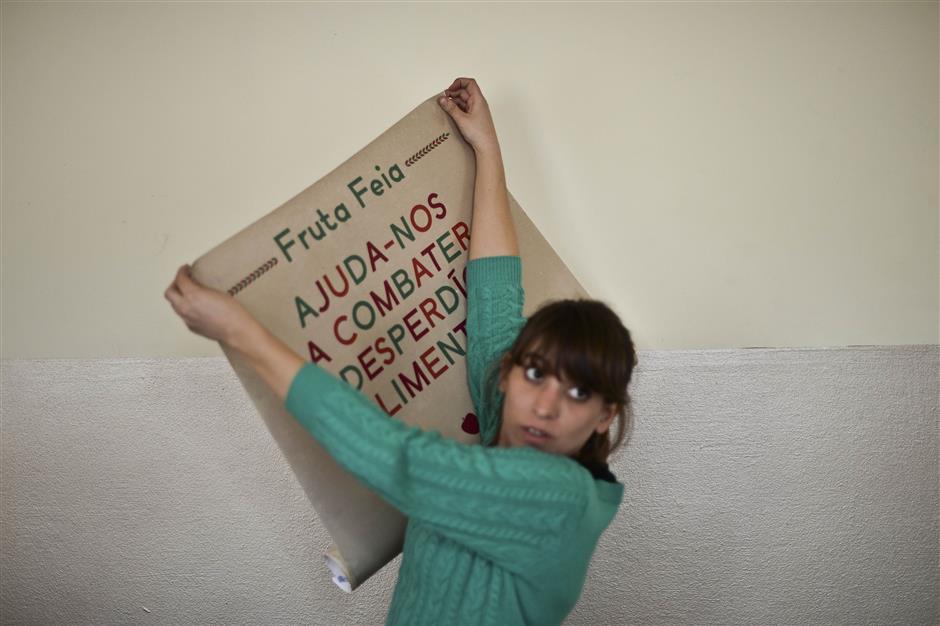 A volunteer pins-up a poster reading ‘Help us combat food waste’ at the ‘Fruta Feia’ (Ugly Fruit) co-op in Lisbon on March 17, 2014. The co-op was created over the last year with the objective to give another 'destiny' to the fruit and vegetables that don't fit supermarket standards. Founder Isabel Sores decided to create this association in a bid to curb wastage and also help small farmers that are struggling due to the financial crisis. – AFP

The idea behind PareUp is to connect consumers with retailers, grocers and restaurants who would sell their excess foodstuffs at discounted prices.

Businesses will post their leftover inventory on the app for consumers to browse, and provide a time when they can pick it up.

The model is a “win-win” situation, developers say, as businesses don’t lose money, consumers can purchase foods at discounted prices, and the programme can help reduce food waste when food security has become a global issue.

Another report published last year out of the Institution of Mechanical Engineers estimated that up to half of all the food produced in the world – two billion tons – is thrown away. It’s a staggering amount in light of world hunger and poverty.

But researchers note it also represents a colossal waste of land, water and energy resources for food that just ends up in the garbage.

So far, the app is being piloted in New York with cafes like Breads Bakery and Oslo Coffee Roasters.

PareUp is just one of several projects developed by entrepreneurs concerned with the global phenomenon of food waste.

In Copenhagen, restaurant Rub og Stub serves dishes made from supermarket and restaurant leftovers, while Chicago sandwich shop Sandwich Me In recently drew headlines for being a zero-waste eatery. – AFP Relaxnews