A study found that some 4.8 to 12.7mil tonnes of plastic ended up in the world's oceans in 2010. Much of it came from Asian countries, including China and Malaysia. Photo: Filepic

Our discards are turning oceans into a plastic soup.

The first worldwide estimate of where the ocean’s massive amount of plastic garbage comes from points at China and developing economies in Asia. The study, published online in the journal Science, estimates that China’s heavily coastal population contributes 1.3 million to 3.5 million tonnes of plastic to the world’s oceans each year, largely due to mismanaged waste.

Eight of the top 10 contributors were in Asia, including Indonesia, the Philippines, Vietnam, Sri Lanka, Thailand, Malaysia and Bangladesh, according to the study, which estimated that 4.8 million to 12.7 million tonnes of plastic wound up in the world’s oceans in 2010.

“Our low-end estimate is equivalent to the amount of tuna fished from the ocean in a single year,” oceanographer Kara Lavender Law of the Sea Education Association in Woods Hole, Massachusetts, said at a news conference. “We are taking out tuna and putting in plastic.”

Even the middle range, or eight million tonnes, “is the same as five (trash) bags filled with plastic for every foot of coastline in the world,” added co-author Jenna Jambeck, a University of Georgia environmental engineer.

Few of the top contributing countries have adequate infrastructure for handling trash disposal, the study noted. Even with a well-developed infrastructure to handle solid waste, the US contributed 40,000 to 110,000 tonnes per year, and ranked 20th, the study found.

“A high per-capita use of plastic and dense coastal population means that litter had a bigger impact,” Jambeck said. “It’s not about finger-pointing, but examining things that strongly influence a country’s rank on this list.” 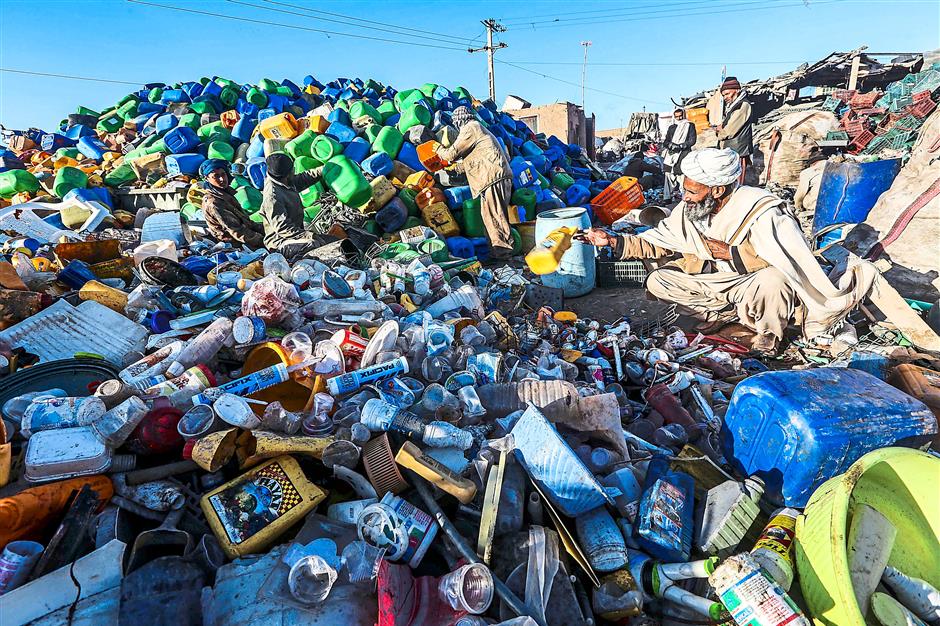 A plastic recycling factory in Herat, Afghanistan. Plastic trash that does not get collected for recycling ends up fouling the worlds oceans. – EPA

A study last year found that amount of floating plastic in the oceans had not increased since the 1980s, despite increased plastic production. Researchers involved in that work suspect the plastic is still there, but has been breaking down into small pieces that sink. Marine life may be mistaking it for zooplankton and ingesting it.

“Our research is a call of duty to look for and find that missing plastic,” said co-author Roland Geyer, a University of California, Santa Barbara, industrial ecologist.

About half of the plastic resin produced (300 million tonnes were manufactured in 2013) is more dense than water, and can be expected to sink, Geyer noted. In addition, he added, the lighter polyethylene can be colonised or otherwise altered and sink. The study looked only at contributions from coastal population areas, and had to rely on indirect methods to quantify how much plastic was in waste that was not properly disposed of, and then estimate how much was likely to end up in oceans.

“This study is going to suggest that we really research that more,” Jambeck said. “We did the best that we could with the data that’s available.”

Although flotillas of plastic trash have been reported in Earth’s oceans since the 1970s, there has been little attempt to quantify its origin, largely because data are incomplete or difficult to obtain. The ecological effects of the long-lasting trash, much of it matted up in massive ocean gyres, are becoming more clear.

Fish and other sea animals can ingest large pieces of plastic that clog their intestines, or can become entangled and suffocate, studies show. As the plastic breaks down to smaller pieces, it can be ingested by smaller invertebrates that are the base of the food chain.

Nearly a third of the 100 million tonnes of plastic waste generated by the world’s coastal population was mismanaged, according to the study. About 15% to 40% of that wayward waste likely made it to the ocean, according to data in the study.

If waste practices don’t change and economies and populations continue on their present trajectories, the mass of plastic waste likely to end up in oceans will increase by an order of 10 by 2025, the study projected. But even small changes could stem the growth, the authors suggested. If the top 20 countries cut mismanaged waste in half, for instance, the total mass of mismanaged plastic would drop 41%, the study estimated.

“The solutions need to be a combination of global and localised efforts,” said Jambeck, who added that she uses a refillable water bottle and reusable grocery bags.

The study defined all trash dumped in landfills in low income countries to be “inadequately managed,” based on research showing that it is poorly controlled and contained. Very little landfill waste was considered to be mismanaged in the US, where litter nonetheless had a profound effect.

Researchers used 2005 World Bank data on per capita waste and the percentage of plastic waste, which was reported only for 73 countries – for the other countries, they applied an average rate based on their income class. Estimates were conservative for China, the authors said.

To project the growth of plastic waste since then, they used a constant rate of 0.19% annual increase, derived in part from the US Environmental Protection Agency’s data on the growth in the US plastic waste stream since the 1960s.

Quantifying the waste stream to oceans, however, was more problematic – studies vary in their methods, with few reporting the mass of the counted items. A study last year, however, found that Europe’s Danube River ferried 1,500 tonnes of plastic to the Black Sea, Geyer said.

A 2012, San Francisco Bay Area study found that street sweeping, storm water catchment and pumping stations in 71 municipalities missed about 61% of trash, on average, according to the study. Researchers used more conservative ranges of 15% to 40% in their models. – Los Angeles Times/Tribune News Service 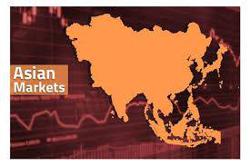