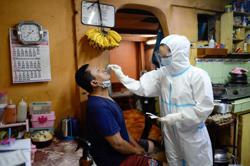 A researcher from US-based industrial biotech company Verdezyne talking about the manipulation of chemical pathways that allows yeast to digest vegetable oil to produce dodecanedioic acid (DDDA), which can be used to make nylon.

Does the arrival of global biotech firms mark Malaysia’s official arrival on the international scene?

Biotechnology: The application of scientific and engineering principles to the processing of materials by biological agents. — as defined by the Organisation of Economic Co-operation and Development (OECD)

The above is sort of an umbrella term for any technological application based on the use of organisms, or their cellular components.

It covers everything from medical and health-related innovations like targeted therapies (which make use of our knowledge of cellular pathways to attack diseased cells) to agricultural tools such as marker-assisted breeding (enabling the identification of favourable genetic traits for crop improvements) to green technology-based innovations (for example, genetically-modified microbes converting substrates into bio-based products like plastics or biofuels).

The start of this millennium was a time when Malaysians held great expectations for the emerging biotechnology industry.

The hype, after all, was palpable on a global level; the first human genome had just been sequenced, biotech company stocks were rising, and in Malaysia the newspapers were talking about a RM580mil BioValley complex to be built in Dengkil.

This 485ha (1,200-acre) integrated industrial park was to be biotech’s equivalent of IT’s Multimedia Super Corridor; another piece of the puzzle towards then Prime Minister Tun Dr Mahathir Mohamad’s Vision 2020. But the scheduled completion date –2005 – came and went, and BioValley never materialised.

Neither did the ecosystem of career opportunities an entire generation of biotech graduates had banked on. The market they found was saturated – too many degree holders and not enough biotech firms.

Many ended up becoming sales representatives for scientific and medical equipment, or hospital technicians.

It has been almost a decade since the launch of the National Biotechnology Policy (2005) and the industry is just beginning to pick up speed,

Creating the right ecosystem for the industry is in some way like choreographing a ballet – many moving parts need to operate in synchrony for it to work. 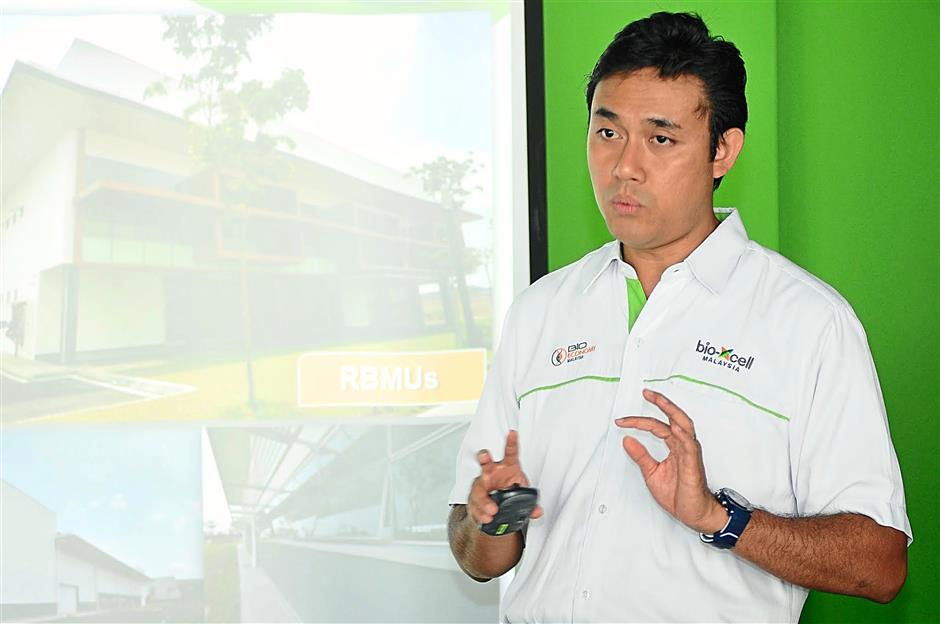 BioXCell CEO Rizatuddin Ramli believes that two or three new additions to the biopark would create an optimal ecosystem there.

It was a chicken-or-egg scenario in the early 2000s – to produce a qualified workforce first, or set up companies? Without the workforce there could be no companies, but without those companies, the graduates would have nowhere to work. An abundance of jobless biotech graduates at the time may have scared off others, but someone had to take the first step; and seeds planted years ago are finally beginning to bear fruit.

At the forefront of this is the Malaysian Biotechnology Corporation, a government body charged with acting as a facilitator for the entire biotech value chain. 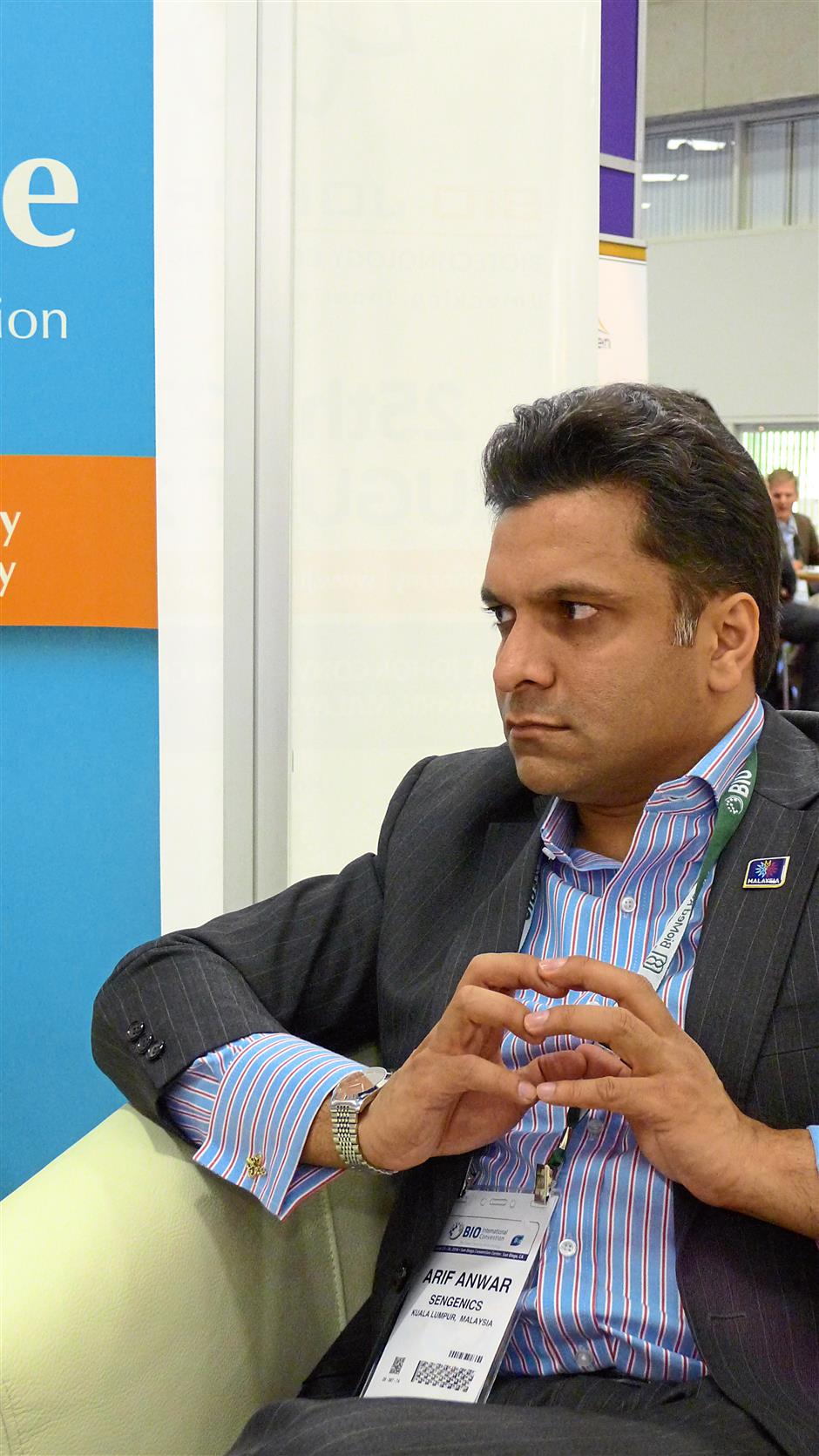 There are some issues which must be tackled holistically by multiple players within business circles, the education system and government; for example, the research and business communities could build a better bridge.

As far as facilitation is concerned, Biotech Corp – as the corporation is better known – has made significant progress; the last five years have seen the gradual population of a network of integrated industrial parks across Malaysia, transforming the local landscape for biotech.

Today, the number of established global biotech firms has grown: “(That) has actually gone a long way to removing an important psychological block, not just for investors, but for us,” Padasian said.

One key attraction is the logistical convenience offered by Malaysia’s bioparks, a set-up that has become popular in many countries and is seen increasingly as a fixture of the global bioscience supply chain.

There are certain advantages to locating your business in one of the strategically located plug-and-play concept bioparks: ready offices, auditoriums, shared laboratory spaces and centralised utilities, for example, help reduce capital expenditure.

Ready-made incentive packages combined with incentive structures customisable to the needs of the company is a recipe that seems to be working.

Such incentive packages include BioNexus status, which offers qualifying companies 10 years’ tax exemption on statutory income, maintenance of 100% company ownership and assistance in the navigation of local procedures. 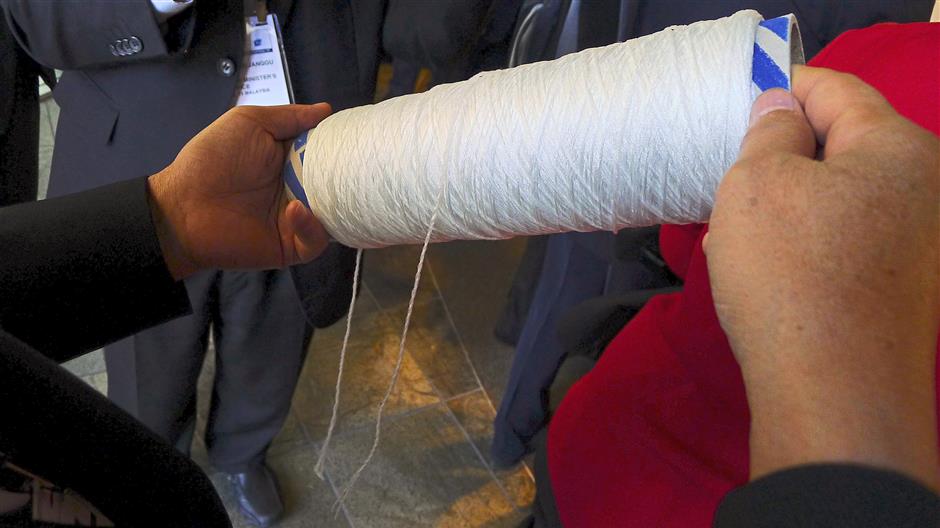 It is important to attract and retain companies in order to position Malaysia as a biotech hub.

And that means covering all the bases: infrastructure, legal and policy frameworks, and a qualified workforce.

The Los Angeles, California-based Larta Institute, which specialises in consultancy to amplify investments in science and technology-related R&D, has been working with Malaysia through a programme focused on getting Malaysian life science and agri-biotech innovations to market.

At the BIO International Convention in San Diego earlier this year, Larta Institute CEO Rohit Shukla spoke about Malaysia’s advantages as a launchpad into the Asian market – especially considering that many biotech firms are looking to expand their presence and develop business opportunities in the region.

What Malaysia has that many others don’t is a language advantage, genetic diversity and a track record in precision manufacturing.

The fact that most people speak English should not be overlooked for the convenience and transparency it offers in conducting businesses exchanges.

Biopharma companies looking to expand into drug development tailored for the Asian market regard Malaysia as perfect for clinical trials, with a diverse ethnic population that represents the “gene pool of Asia”.

Some forward-thinking companies made the move to put down roots here even before the recent influx of large biotech firms. One notable example is Sengenics, the first genomics-based diagnostics services company to be based outside the United States.

About nine years ago, its founder and executive director Dr Ariff Anwar did a detailed analysis on the risks and costs associated with setting up the company in different countries.

Among the candidates were Dubai, Thailand and Taiwan – but Malaysia came out on top.

“We looked at IP protection (Malaysia is among the few countries in the region that has set up courts specialised to solve intellectual property matters), stability in terms of government and the cost of operating infrastructure,” he said at the convention.

The tax free incentives of being conferred BioNexus company status have also proved to be very attractive.

Encouragingly, Ariff believed that the Malaysian workforce is full of talent.

Among the additions to Malaysia’s biotech landscape are French Chemical company Arkema, the Korean-based food and bio business CJ Cheil Jedang, and renewable chemicals and advanced biofuels company Gevo at the Kertih Biopolymer park in Terengganu, within the East Coast Economic Region.

The first two firms are expected to start revenue-generating operations next year, to produce amino acid additives for poultry and sulphur derivatives for the petrochemicals market, among other activities. Gevo is set to begin construction of its premises before the middle of next year.

All three, which need an integrated value chain of raw material supply, came in on customised incentives negotiated through Biotech Corp and the Malaysian Investment Development Authority (Mida) and approved by the National Economic Council.

Other facilities based on the plug-and-play concept are also coming up in the form of the Kuantan Integrated Biopark in Gebeng, which is set to have its own deep-water port by 2016 and will focus on industrial applications involving palm oil biomass and palm oil-based feedstocks.

Gambang in Pahang and Pasir Mas in Kelantan are both being marketed as integrated Halal Industrial Parks which will focus on high-value downstream food products such as nutraceuticals, pharmaceuticals, sauces and other agro-based products.

These ventures are supported by a set of planning policies designed to connect Malaysia’s biotech ambitions to the wider framework of its related upstream (raw materials farming) and downstream (bioindustrial or biopharma) industries. The catch-phrase encapsulating all of this is one you’ve probably heard a lot of lately – the bioeconomy.

By coming up with its own national bioeconomy initiative, Malaysia has kept up with an emerging global trend.

It became the second Asian country to come up with its own Bioeconomy Transformation Programme, following Australia, New Zealand and China (2007), Canada (2009) and the European Union (2010); with Malaysia coming on board the same year as the United States, Finland and Russia in 2012.

Of course as the Larta Institute’s Shukla pointed out, there is a lot of legacy infrastructure from Malaysia’s days as a world leader in precision manufacturing for the semiconductor industry – for example Kulim Hi-tech Park, which has been around since the early 1990s and has been evolving with the times.

Just last month, one of the world’s leading health care companies, Abbot, announced an investment there worth US$60mil (RM192mil) in a manufacturing facility for intraocular lenses – which are implanted in eyes after the removal of natural lenses clouded by cataracts.

Further down south, BioXcell is a shiny new biopark located a hop and a skip away from Singapore, in the Iskandar region of Johor. It has attracted some big names in the biopharma space.

Its clientele include Biocon, India’s largest listed biopharma company, which has built the largest integrated insulin manufacturing facility in Asia. The plant is in the commissioning stage and is set to begin commercial production in about a year.

Stelis Biopharma, another one of India’s fast-growing generic drug manufacturers and exporters, is setting up an advanced bio-therapeutic manufacturing and bio-processing facility. Stelis is keenly interested in the area of biosimilars, an active drug substance made from or derived from a living organism by recombinant DNA or controlled gene expression.

According to Malaysian Bio-XCell Sdn Bhd CEO Rizatuddin Ramli, the company recently decided to look at increasing its commitment in the project to US$70mil (RM235mil) from its original US$25mil (RM83.8mil) – which means larger-scale production and new drug pipelines for additional products commissioned by its customers.

The gradual populating of these new bioparks – Rizatuddin says two or three new additions would create an “optimal” ecosystem – will do more than remove a psychological block regarding our perception of Malaysia as a destination for biotech.

It will go a long way towards building up the middle stages of the biotech value chain; the importation of ready-made technologies and foreign companies will hopefully be the beginning of a wider ripple effect.

Next week: Recipe for innovation 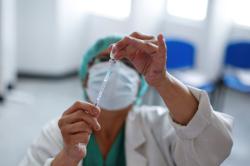