Yu, who benefited from three months paid paternity leave himself, has been actively campaigning for seven days paternity leave for dads for the past five years. Photo: AZMAN GHANI/ The Star

This, say women’s rights activists and labour unions, is a significant reform in the law. Although paternity leave is just seven days, it is still significant and the mandate acknowledges the role that fathers must play in households. They hope that this may signal a change in mindsets about prescribed gender roles at home and eventually ease the burden that women face and create a more balanced workforce.

Rebirth of maternity rules – but why abort S44A? 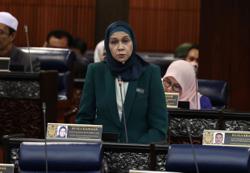