Living with Alzheimer’s: A time for learning and adjustment Seventy-eight-year-old Amy has Alzheimer’s disease, and she is cared for at home by her daughter Azlina. Her husband and domestic maid help as well.

“I feel a deep sadness for the fate of my mum, but as a family, we’ve come to accept it as part of life. Mum is now totally dependent on us and she’s no longer able to communicate verbally,” says Azlina.

“But we’re fortunate in some ways because she has been very gentle even in her most difficult moments and she still is. The hardest part was mainly handling our own emotions,” she adds.

Alzheimer’s disease is a degenerative brain disease caused by complex brain changes following brain cell damage. It leads to dementia symptoms that gradually worsen over time, with the most common early symptom being trouble remembering new information because the disease usually impacts the part of the brain associated with learning first.

As it advances, the symptoms become more severe and include disorientation, confusion and behavioural changes. Eventually, speaking, swallowing and walking also become difficult.

There is no way to prevent, cure or even slow down Alzheimer’s disease, especially when it’s diagnosed at a late stage. There is no way to prevent, cure or even slow down Alzheimer’s disease, especially when it’s diagnosed at a late stage. Photo: Filepic

Caring for a loved one

According to Azlina, there are many things to consider when a family member is diagnosed with Alzheimer’s disease or any other type of dementia, things that she has learnt in the course of caring for her own mother.

Firstly, it is a time of learning and adjustment for the whole family.

“As with any chronic medical condition, everyone has to go through a period of trials and tribulation as we adjust and learn,” she says.

“Since as family members, we’re taking on the bulk of the responsibility for caregiving, it’s important to educate ourselves about the disease and understand its effect on the person, as well as how the disease will progress so that we can prepare ourselves psychologically if not it will become very difficult later,” she adds.

There is also the question of who will take on the responsibility of caregiver.

“We’re a close-knit family so caring for mum personally was a natural choice. But if a parent-child relationship had issues before the onset of dementia, then caregiving can be difficult because both are adjusting to changing roles and needs. In those situations, it’s important to get help from others,” she says.

When caring for the person with dementia at home, “dementia proofing” the home is necessary, says Azlina.

Some ways of dementia proofing one’s home include: removing carpets or anything that can cause trips or falls because the person’s visual perception changes, installing handrails for bathrooms/toilets, making sure the bedroom and bathroom doors can’t be locked from the inside or that the key is easily accessible in case it does get locked, hiding the keys to the front and back doors of the house at night, and ensuring the gas tank is off when the kitchen is not in use.

A lifestyle change with new activities would also be in order when a family member has dementia.

“Understanding the disease is important and helps to put everything that happens into context. Find simple but meaningful activities to do together according to your family member’s changing ability. If the person is no longer able to engage in certain activities that they used to enjoy, then find new activities that the whole family can do together with them,” she says. 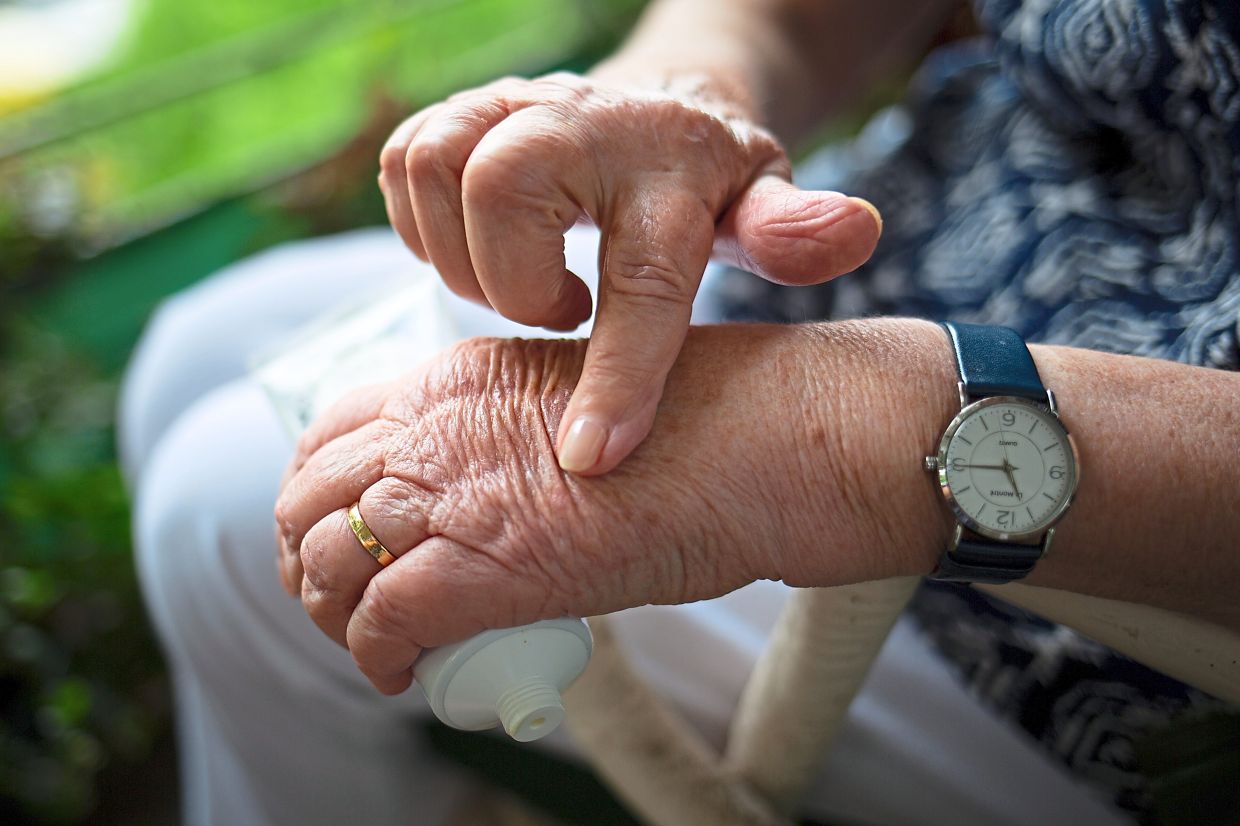 When caring for the person with dementia at home, “dementia proofing” the home is necessary. Photo: Filepic

According to Azlina, the pandemic and different stages of lockdowns hasn’t had much of an effect her mother since she’s at a very advanced stage of the disease and cared for at home (she doesn’t go out much).

“But during her early stages, it might have been more difficult if she had to go through the pandemic then.”

“This is because dementia patients are often restless and outdoor activities help to stimulate them, pass time and prepare their body for rest,” she says.

“So, it’s especially difficult if they can’t go out and all the responsibility of ‘entertaining’ them rests on the caregivers within the walls of the home,” she explains.

The pandemic also poses many challenges for persons with Alzheimer’s disease or other types of dementia who are still mobile and independent.

“For some, the sight of masked people may cause them to feel scared or anxious.

“If they’re outside and hungry, it’s not easy to just go to a restaurant and dine in during the MCO. So, they might have to wait and hunger is a major behavioural trigger.

“Early closure of shops and pharmacies would also make it difficult for any emergency purchases like food, diapers or medicine,” she says.

But one of the most difficult challenges would be not understanding the SOPs, especially if there isn’t a family member or carer to help them mediate any misunderstandings with members of the public, such as the need to queue or socially distance.

“Individuals with early to mid-stage dementia who are still fairly independent may have issues with technology when they have to check in using the MySejahtera app every time they enter a shopping mall or other venue, and scan their temperature,” says Azlina.

“If they’re not able to go out – like during the MCOs – the loss of social interaction is also likely to make them feel isolated and depressed,” she says.

But despite all the negatives, Azlina says it’s important for caregivers to see things through positive eyes, and take things one day at a time.

“Know your own limits as a caregiver and that it’s okay if things don’t go well all the time. Still celebrate the small victories and find humour in the simple things,” she advises. As it advances, the symptoms of Alzheimer’s disease become more severe and include disorientation, confusion and behavioural changes. Photo: 123rf.com

Being part of a support group so that one doesn’t feel so alone or overwhelmed in one’s journey as a caregiver is also important.

“Talk to others, especially those who are also caregivers, about your feelings, and find a support group,” she says.

For those based in Petaling Jaya and its surrounding districts, there is a support group based at the Atria Alzheimer’s Disease Community Centre.

There is also a caregivers support group handled by the Alzheimer’s Disease Foundation Malaysia.

During the pandemic, the support continues online through social media and networks such as WhatsApp and Facebook.

“For example, in our support group, there is a chair yoga instructor called Janet who has been giving weekly online classes during the movement control order,” she says.

“There are quite a number of smaller, more intimate support groups that exist too, usually around friends who are caregivers and living within the same area. So as a caregiver, it’s important to know you’re not alone in this and to get support,” concludes Azlina. Her will to survive: 'I am tougher than my cancer'
Breast Cancer taught her life lessons she will never forget
Meghan writes to US�lawmakers 'as a mom' calling for paid leave
Feminist group sues Miss France over selection criteria
Gaza's first woman basketball referee hits the court
Jill Biden surprises her 'prayer partner', repairs relationship with God
Gawky teen star wins new fans for Japan's 'game of generals'
Creating awareness for the cleft lip and palate community
Starchild: Malaysian children enjoy having fun on the beach
She was bullied because of her cleft lip, now she helps others like herself