As aid dries up, Baba is back at his dhaba 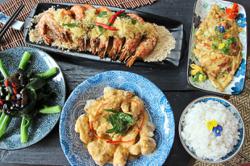 The fourth wave of the pandemic in New Delhi has left many in a difficult situation. Photo: Unsplash/Aquib Akhter

On a hot May afternoon, Kanta Prasad and his wife Badaami Devi make for a picture of despair as they wait for customers at Baba ka Dhaba, a nondescript roadside eatery in south Delhi's Malviya Nagar. The sight is a far cry from just a few months ago when a social media campaign, which saw help pouring in from across the country, seemed poised to end their troubles.

Prasad and his dhaba had become famous overnight last year after a city YouTuber shared a video showing the octogenarian Prasad in tears, telling him how he struggled to make ends meet as business dried up.

The viral video led to thousands of people making a beeline to the couple's eatery for food, selfies and donating money.

Soon, he opened a new restaurant, added a new floor to his house, settled his old debts and bought smartphones for himself and his children. However, life has since come a full circle, as the new restaurant closed in February and Prasad and his wife are now back at their old dabha where the sales, which saw a 10-fold jump after the initial YouTube video in October, have slumped drastically over the past few months.

Prasad said the fourth Covid-19 wave in Delhi, which forced the closure of their old dhaba for 17 days and further affected the sales, have led them to penury – again.

"The daily footfalls at our dhaba have declined because of the ongoing Covid lockdown, and our daily sales have come down from Rs3,500 (RM198) before the lockdown to Rs1,000 (RM56.60) now. The income is not sufficient for our family of eight," said a dejected Prasad, as he waited for customers.

There are some signs from his glory days. The old dhaba, that looked like a portacabin, now has three CCTV cameras and the live footage can be accessed on Prasad's smartphone. And a fancy board atop displays the dhaba's name, the year it was established, photographs of the elderly couple, two mobile numbers, and proclaims Indian and Chinese menu for lunch and dinner. However, the dhaba currently serves only Indian food such as rice, pulses, and two types of vegetables – the same menu that the couple had at their dhaba before the viral video earned them fame – for lunch and it closes before dinner.

Prasad had opened his new restaurant with much fanfare on a cold December morning and for the first few days, it was a roaring success. Unlike at the dhaba where Prasad rolled out rotis for his customers, he and his wife and their two sons sat behind a new gleaming counter, collecting payments as his employees – two cooks and waiters – flitted about serving customers. For a while, it seemed the octogenarian's pains were a thing of the past.

After the initial frenzy, customers, however, started disappearing slowly and soon, the expenses were more than the income.

"But the average monthly sales never crossed Rs40,000 (RM2,264). I had to bear all the losses. In hindsight, I feel we were wrongly advised to open a new restaurant," he said.

"Of the total investment of Rs5 lakh, we managed to recover only Rs36,000 from the sale of chairs, utensils, and cooking machines, after the restaurant shut down," said Prasad, blaming Tushant Adlakha, a social worker who, he said, had encouraged and helped him to open the new restaurant at a rented place.

"Essentially it was he (Adlakha) and his team who managed and supervised everything, including the investment and sales. He said he would make it a success, but he never gave enough time for the restaurant," said Prasad.

But Adlakha denied the allegations and blames Prasad and his two sons for the new restaurant's failure.

In November, Prasad had filed a cheating case against YouTuber Gaurav Wasan, who had shot the viral video of the octogenarian's plight. Prasad alleged that Wasan had collected large sums of money from good Samaritans, but handed him only a small part of it.

Wasan denied the allegations and claimed that he gave to Prasad all the donations he had received. Prasad's allegations against the YouTuber polarised opinion on social media, with many saying that he was unfairly targeting his benefactor.

Wasan said he held no grudge but was hurt by Prasad's allegation questioning his selfless motive.

"I was heartbroken and was mentally stressed for a couple of months, as the allegations had affected my reputation. Baba has since called me a few times on my mobile phone but I never responded. I have moved on," said Wasan.

Prasad and his wife, on the other hand, claimed that they still do not know how much money was collected from the people by Wasan. A senior police officer, who did not want to be named, said,"The investigation into the case is still on."

Prasad's wife Badaami Devi said they are back to square one. "All our money is gone. Our children are unemployed and we are old and cannot run the dabha anymore. We hope the government will help us in some way," she said, as Prasad nodded in agreement.

Aam Aadmi Party (AAP) senior leader Somnath Bharti, who is also the MLA from Malviya Nagar, attributed Prasad's failure to multiple reasons, including his inexperience in handling fame and success, and managing the financial assistance and resources he got through various channels.

"I personally believe that there should be a proper system in place when it comes to helping people like Prasad. Expecting an old man like him to start a new business is always risky as there will be people who would try to get benefits out of their situation and circumstances. That's why I feel that help should come through a proper channel and the objective is to help such people grow. I had also offered to help Prasad and I am still available – both in my personal capacity and through the Delhi government," said Bharti. – Hindustan Times, New Delhi/Tribune News Service 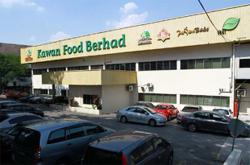