Many have come forward on Twitter with personal accounts of being abused, shamed, violated and harassed, both in and out of school, as children. Illustration: studio.yante.ismail/Instagram

Nora, 23, is uncomfortable in religious settings because she associates it with a betrayal of trust. When she was eight, she was sexually-abused by a teacher.

“We had religious classes for children in the neighbourhood. It was operated by this ustaz and ustazah, whom I saw as a sweet and respected married couple, ” she recounts.

One day, when everyone was in the classroom listening to the ustazah, Nora was called to a room at the back by the ustaz to read the Quran.

“We’d usually sit in the chair opposite the teacher at the table. But this time, he told me to sit on his lap. I was wearing my baju kurung and tudung – my standard attire.

“Not knowing any better, I sat on his lap and then realised that he was rubbing my private part over my clothes.

“I remember feeling confused. But then I thought, he’s my teacher so I just kept on reading, even though I felt uncomfortable, ” she says.

Nora came forward to share her story recently, after many others came forward on Twitter with personal accounts of being abused, shamed, violated and harassed, both in and out of school, as children.

Among the most common stories that surfaced were how female students at boarding schools had to undergo “period spot checks” conducted by their teachers or wardens to make sure they were not trying to get out of prayers or, during the holy month of Ramadan, fasting.

Others shared about having to go through regular body checks for prohibited items (such as handphones), sexual harassment, bullying and other forms of abuse under the guise of discipline by teachers or persons of authority in kindergartens, primary and secondary schools, and universities across the country.

The accounts were from both female and male victims of abusive and bullying behaviour. Schools should be safe spaces for children and girls should not have to undergo the indignity of period spot checks, say activists.

The disclosures of students, both past and present, have revealed inappropriate conduct that seems to be pervasive in schools for decades.

Civil society groups and women and children’s rights activists have since issued a rallying cry, calling for immediate action from the government to investigate and put a stop to these purported inappropriate and abusive conduct in schools.

“These are degrading and abusive treatments that violate the physical body and personal boundaries, all without consent, made even worse by the fact that most survivors here are or were underaged when these incidents happened, ” said The All Women’s Action Society (AWAM), WOMEN:girls (officially known as Pertubuhan Pembangunan Kendiri Wanita dan Gadis) and Sisters In Islam (SIS) in a statement last week, calling for an investigative task force to be set up, starting with the state boarding schools to “collect empirical evidence and factual insights” from the students themselves.

Following the uproar, Mara chairman Azizah Mohd Dun says they have begun internal investigation into its schools on claims by students of the period spot checks.

Women, Family and Community Development Minister Datuk Seri Rina Harun said her ministry would look into the matter, adding that such practices should never be allowed.

Nora reveals that what happened to her as a child had an impact on her as she grew up.

She only told her mother about that incident recently when she saw all the posts of women speaking up about their experiences on social media. “These traumatic experiences can negatively affect the child’s mental health, confidence and self-worth in the long run.

“Such exploitative acts cause immense humiliation, shame and vulnerability among adolescent girls, which poses long-term risks of emotional distress, trauma and depression.

Instead of being a safe space of learning where students can fulfill their greatest potential, these kinds of abuse make schools sites where girls are learning to fear and be ashamed of their bodies and clothing, where forms of discipline that are abusive are “normal” and “acceptable”.

“Teachers need to cultivate safe rather than unsafe spaces for the socio-emotional growth of children in schools.

"They need to have healthier strategies to motivate students instead of such coercive actions which are tantamount to sexual abuse, harassment and bullying, because these will leave mental scars on the children, ” says Ellisha.

“The government must take stern action against those violating children’s bodies in all educational institutions. Parents must also play a vigilant role by teaching children about inappropriate touch, offering emotional support and reporting violations to the relevant authorities, ” she adds. 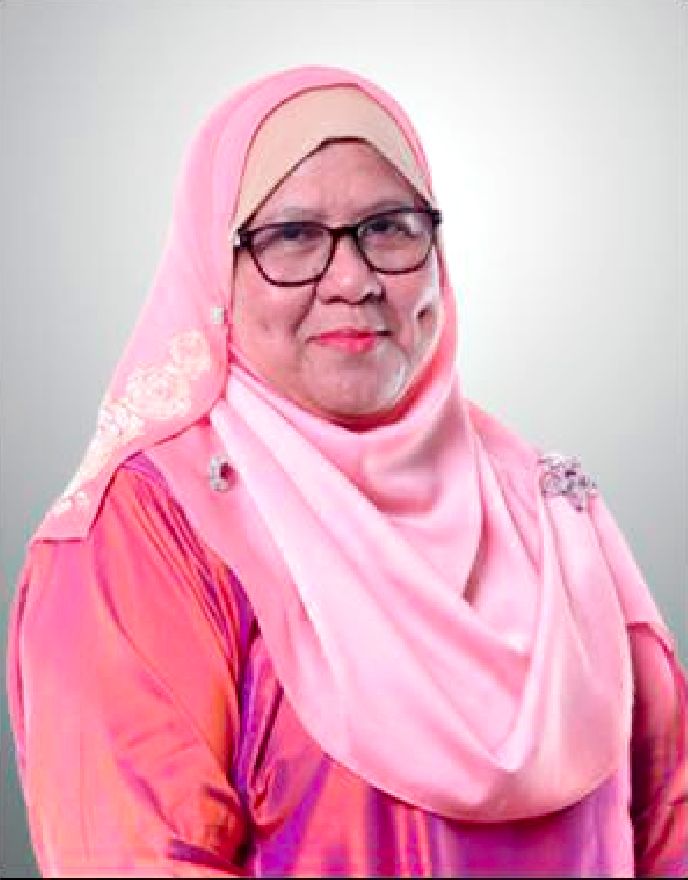 “More and more victims are stepping up to share their horrifying experiences only recently even though for some, these things happened decades ago.

“Most of these victims did not realise then, that it was a form of sexual violence against them.

“This is why sex education should be taught in schools so that children, and also teachers, know what is right touch and what is wrong touch.

“Parents need to be equipped with such knowledge too, so that they can teach their children about their rights and whether an action is a violation of their rights, ” says Prof Noor Aziah.

Asian-Pacific Resource and Research Centre for Women (ARROW) executive director Sivananthi Thanenthiran says: “The first lesson we usually impart to children in sex education is that no one has the right to touch your body without your permission.

“So, period spot checks and also inappropriate touch violates the bodily autonomy and bodily integrity of these schoolgirls.

“What is worse, these violations are done by those in authority.”

“That is why comprehensive sex education is a must because it teaches everyone - students and adults - to respect boundaries and consent. Matters of sexual and reproductive health have long been shrouded in stigma and taboo which makes discussions about such issues difficult for children, their parents, and also teachers, says Sivananthi. Photo: Sivananthi Thanenthiran"In incidents such as these, there is clearly disrespect for the bodies of the girls - that teachers think it’s ok for adults to touch the bodies of the girls in the service of ‘higher good’, ” she says.

Prof Datuk Noor Aziah urges the Ministry of Education to take action to ensure the children are safe and protected from such abuse.

“No child should be violated like this and especially not at school which should be one of the safest places for them, ” she says.

As an immediate measure, firstly the teachers who are currently carrying out period checks need to be identified, says Sivananthi.

“There needs to be some values clarification process so that they can understand where they have gone wrong. These teachers should then be monitored periodically, ” she says.

“Secondly, the Ministry of Education needs to put out an administrative order that these period checks must stop.

"Thirdly, we need to ensure comprehensive sexuality education is delivered in accordance with the standards espoused by UNFPA’s International Technical Guidance on Comprehensive Sexuality Education.

Prof Noor Aziah believes that the call to set up a task force to address these issues is a step in the right direction.

“This is a serious issue that has been happening for decades and it needs to be stopped.

“I urge the government and related agencies to fully cooperate – as this is indeed a matter of all our children’s – the children of Malaysia’s – future, ” she says.

For children who have encountered such abuse, Prof Noor Aziah advises them to talk to someone they can trust at school, tell their parents, and get a trusted adult to help them make a police report so that an investigation can be carried out.

She adds that school authorities must ensure the child is separated from the perpetrator throughout the investigation so that no further abuse or retaliation can occur.

“Children are our future and to raise a generation of well-balanced adults instead of mentally and emotionally scarred ones, we need collective action to safeguard their mental and emotional health.

“The community must come together to create safe spaces for the healthy, emotional development of adolescent girls in schools by upholding their dignity and respect, instead of coercion and abuse.

“Teachers and parents need to rethink how to influence children more positively with better communication and empathy, ” concludes Ellisha.