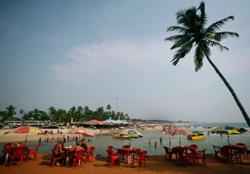 Young environmental activist Neola Sybil Pereira (centre) dances with other activists during a flashmob at Altona in Goa. Photos: AFP

Fronted by a 20-year-old in pigtails, the dancing flash mob swings into action, campaigning to save a threatened wildlife reserve – part of a growing, youth-led environmental movement rattling Indian authorities.

The battle between the state and environmental activists is not new in India, where impoverished tribal communities have long complained of being displaced in the pursuit of economic growth.

But it has rarely been fought by young women like Neola Pereira, who turns up at protests dressed in skinny jeans, fluent in internet-speak, and ready to dance.

"People think only environmentalists need to fight for the environment, but that's not true," the business student told AFP.

Pereira has campaigned for months to stop a government plan to expand train tracks, widen a highway and build an electricity transmission line that will slice through Mollem National Park – home to endangered tigers and other big cats.

The existing railway line transports thousands of tonnes of Australian, South African and Indonesian coal daily through Goa, on the coast of the Arabian Sea.

It snakes through the park, part of a mountain range named by the United Nations as one of the world's eight "hottest hotspots" of biodiversity.

Further expansion, activists say, would devastate the ecologically sensitive reserve and turn the lush state into a coal hub. 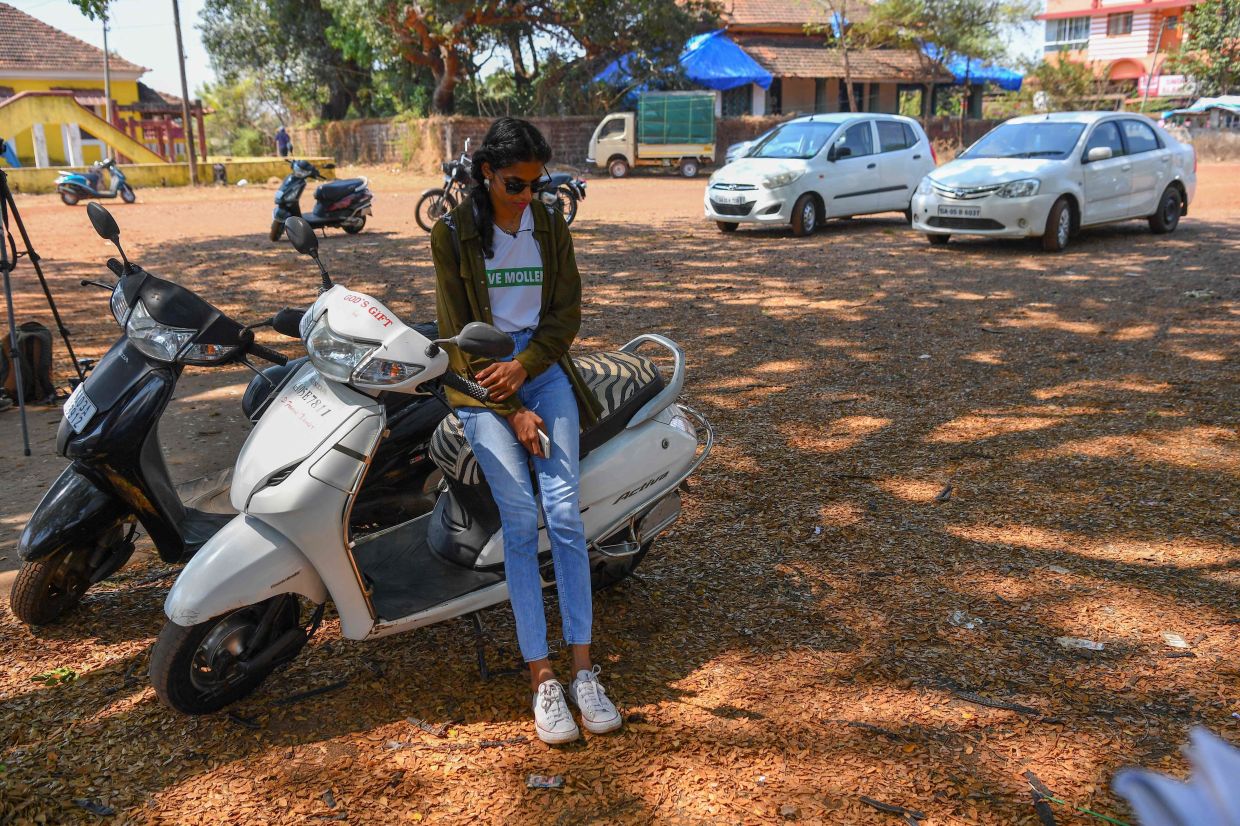 Pereira waits for others to arrive for a meeting at Altona in Goa.

By her own admission, Pereira never expected to get her hands dirty in the fight against fossil fuels.

India's urban middle-class youth have, until recently, been far more preoccupied with securing university admissions and competing for a limited pool of white-collar jobs than environmentalism.

But that is starting to change, sparking a heavy-handed government response.

In February, police arrested Disha Ravi, a 22-year-old climate campaigner, on charges of sedition, for allegedly creating a "toolkit" on organising protests and sharing it with Swedish activist Greta Thunberg on social media.

"Young women like me don't just want to build a career, we want to use our voice for change," said Pereira, who was herself detained by police in December and sees Ravi as a hero.

The #SaveMollem campaign has won support from retirees, churchgoers and especially youth, thanks to internet-friendly tactics, including a "Jerusalema" dance challenge taken up by hundreds of people across Goa.

"Social media is helping a lot... it means the flame travels faster", said zoologist Hycintha Aguiar, who conducted research in Mollem from 2019 to 2020.

"I had refrained from getting involved in activism earlier but what is happening here is very disturbing," the 26-year-old said. Pereira holds pieces of coal fallen onto railway tracks from a cargo train at the Kulem railway station in Goa.

The government is scared

Every day, huge ships laden with imported coal dock at Goa's Mormugao port, where the cargo is loaded onto trucks and finally into railway wagons destined for neighbouring states.

Infrastructure giants JSW Steel and the Adani group, whose billionaire owners are said to be close to Prime Minister Narendra Modi, operate their own coal handling facilities at the port.

It has sparked allegations that the controversial projects are intended to boost their bottomline.

Goa's power minister Nilesh Cabral - who is also its environment minister – dismissed fears of the state turning into a coal hub as a fiction conjured up by campaigners.

But he defended the Mollem plans, saying that although the park's biodiversity would be "disturbed" by the rail expansion, it would eventually recover.

The projects would also improve connectivity for Goans, he said, adding: "When we say standards of living, why should we not be (on) par with other people?"

Many locals are unconvinced.

"As a child I enjoyed the nature of Goa," said Mariano Proenca, a 68-year-old priest who attended one of Pereira's recent protests.

"Now, because of these projects destroying it, children will not be able to see nature," he said.

Pereira is preparing for a long fight, dismissing fears of a crackdown.

But in December, officers boarded a private bus carrying protesters, and ordered the driver to take them to the police station.

"We were trapped... screaming for help", Pereira recalled.

Minutes later, they were live-streaming the incident on Instagram, racking up over 200,000 views and prompting others to come to their aid.

"The government is scared because... we have reached so many people", she said.

"I am very sure of winning this battle." – AFP

Play a part in saving the earth by shopping for environmentally friendly clothes. Apply Zalora Voucher for extra discounts

Ain: 'I'm just an ordinary girl speaking up for what I know is right'
Broaching a difficult subject: Death
Worn out with pandemic fatigue but we still need to keep safe
Mothers Day: A toast to the mother figures in our life
Starchild: Celebrate Mothers Day with these drawings by Malaysian children
Mothers Day: Creating lasting memories with the children
Mothers Day: Appreciate our mothers every day
Artist's sketch journal of his extraordinary life listed in Malaysia Book of Records
'Try anything': Japan's silver-haired cheer-dancing squad
All safe and sound: Mali woman gives birth to nine babies