Three years ago, cooking influencer Khairul Aming Kamalruzaman decided to post one recipe every day on his Instagram account throughout the Ramadan month. It was a spur-of-the-moment idea to help give his friends and followers ideas for dishes they can cook for buka puasa.

He absolutely didn't expect Instagram users to go bananas over his impromptu project.

From 500 Instagram followers at the start of Ramadan in 2018, Khairul Aming found himself with 100,000 just two weeks after he started the project.

To say he was surprised, is an understatement.

“I made two recipes and then I freaked out because I saw people starting to come to my Instagram (account), waiting to see the other 28 recipes, ” says Khairul Aming.

Now, with 2.8 million followers on Instagram and 631,000 on Twitter, Khairul Aming is about to kick off the fourth installment of his ‘30 Hari 30 Resepi’, to coincide with Ramadan 2021.

He recently posted a teaser announcing the return of the series and his followers were thrilled: the teaser has been viewed more than a million times on Instagram already. This will be the fourth year for the series that made Khairul Aming a household name. Filepic

“You know Ramadan is coming when you hear Khairul Aming’s ‘30 Hari 30 Resepi’ is on the way. I can’t wait, ” one of his followers tweeted to express his excitement.

The support from social media users, he says, is humbling and heart warming.

What has touched him the most is the dedication of some of his young followers, who watch his videos while they were still in secondary school and are still devoted fans.

“The fact that my videos have become part of their childhood makes me feel happier to do this. I love my community, they are very supportive, engaging and we feel like a huge group of friends, ” said Khairul Aming, who is grateful for the online community that gives him their helpful input through social media platforms.

He admits that it does get harder to ideate for new recipes to fill up the whole month.

“The good ones have already been featured in the past three years, and this process will definitely be tougher in the years to come, ” he says. “However, I believe that there is no need to showcase unique recipes all the time, to the point that the audience can’t relate to them. Sometimes, it’s okay to bring back some recipes from three years ago and maybe add some changes or improvements to it.”

Though he is well known for his 1-minute videos, some of the upcoming videos will be longer, he shares.

“The videos will also be in high resolution and I am also working with a few brands to collaborate in this year's Ramadan series, ” he revealed. In the upcoming series, there will be new recipes as well as variants of traditional dishes.

Khairul Aming started posting cooking videos in Facebook back in 2016, under the acocunt “rasapop”. However, at the time, he didn't reveal himself in the vidoes.

“This series has become a signature series for me, and it has made me who I am today. I wouldn’t be here today if I didn’t do the Ramadan series in 2018, ” said Khairul, who started selling his signature sambal online last year and the first 10,000 bottles were sold out within 54 minutes.

Though coming up with new recipes is a challenge, he says that he has gotten better at producing the short videos over the years. He has even a small team to produce the videos with him this year.

“Finally I have a team of four who will be helping me to shoot the videos, especially the ones shot outdoors. Nevertheless, I am still doing the majority of the work, especially editing because I want to make sure that I retain my ‘aesthetics’ in the videos, ” the influencer emphasised.

In November last year, Khairul Aming started a second account documenting his journey to a healthier lifestyle, which attracted 100 thousand followers within the first eight hours.

But while he has plans to start a series featuring healthy food, he says the Ramadan special be food to indulge in.

"There will be very few healthy recipes in this series because Ramadan food is usually for indulging; healthy food are usually less preferred by the audience during this time, ” Khairul explained, adding however that he may suggest healthier alternatives such as using an air fryer for a fried chicken fix.

He added that he will start planning for his series featuring healthy eating options once Raya is over.

“That will be a great time to get rid of the excess weight we gain during Raya, ” he concludes. 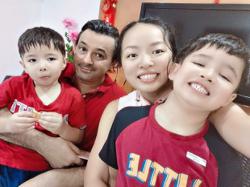 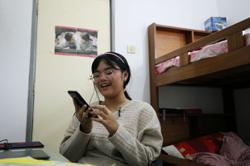