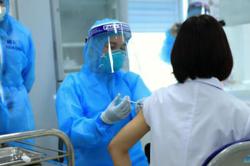 Though she had all she needed in her room, to Reena, the most difficult thing about going through the quarantine was how the pandemic plays on the emotions. Photo: Pixabay

Kuala Lumpur-based Reena Raman (not her real name), 36, who has been room-quarantined at home for 10 days for being a close contact of someone who tested positive for Covid-19, says that it’s very important to be responsible.

“You may think that just because you tested negative that you don’t have to go through the quarantine, but that couldn’t be further from the truth, ” says the mother of two. “It’s just personal responsibility to self-isolate because you may test positive later, ” she adds.

In early January, Reena discovered that she was the close contact of someone who had tested positive for Covid-19. She immediately went for a swab test at a private clinic.

“I was worried because I live with my family, and especially for my youngest boy because I spend so much time with him, and usually read to him before bedtime, ” says the mother of two boys, aged nine and 16.

Even though she had to wait just a day for the results, she found the 24-hour period very difficult.

“The waiting and not knowing what the results would be made me very anxious, wondering whether I had exposed it to anybody such as my family members like my husband and children, ” she says.

On her way back home from her testing, Reena called home to get her domestic helper to prepare her room, which would be her designated quarantine spot, listing down everything that she needed to be kept in the room. She also asked for a pail of water with detergent so that she could put her clothing in straightaway.

“I stayed in a room with a balcony and an attached bathroom, ” she says.

“All my clothing, skincare products, toiletries, and other necessities had to be brought to the room. My laptop and a workspace also had to be setup for me in the room, ” she says.

Being isolated and cooped up in the room can be stressful, but Reena says that her love for plants helped her get through the quarantine period.

“Each day, my kids and helper would bring up one plant for me. Since I love plants, that really helped me. I would take the plant out to the balcony and tend to it, ” she says.

“Being able to go out onto the balcony, get some fresh air and sunshine, and tend to my plants, really helped me to get through the time, ” she says. Being able to do some gardening helped Reena get through her home quarantine. Photo: 123rf.com

For meals, Reena has small table outside the room and food would be placed on it. She would take it from outside and eat it in her room.

“Every time I open the door, I’m wearing a mask, ” she says.

“And if I touched any area, I’ve a small bottle of spray sanitiser that I would use to disinfect it, ” she adds.

“I would also wipe down my plate and other utensils and wash them insde the bathroom before putting them on the table outside, ” she says.

For her laundry, Reena’s helper would put a pail of water with detergent outside her door.

“So, I would always put my clothes in straightaway and later, my helper would return to take it down to wash, ” she says.

Trash disposal was not a huge issue as she didn’t have to throw away a lot of things, reveals Reena.

“I’ve a dustbin inside the room so when it was full, I just sealed it, sprayed sanitiser and put it outside the room, ” she says.

Reena says that it’s always good to be prepared with the necessary items, such as sanitiser, at home.

“Whether you’re in quarantine or not, you would need to have a few big bottles of sanitiser at home and many little spray bottles which you can pour it into, ” she says.

“Even before the quarantine, when we have food deliveries, the delivery would be outside and we would spray the whole packet before bringing it inside, ” says Reena.

She also boosted her health with supplements – vitamin C and multivitamins with zinc.

“I also had a cup of rasam, a South Indian soup that contains a lot of garlic, black pepper and turmeric - every day (made by my helper) and that helps boosts my health and immunity too, ” she says.

To Reena, the most difficult thing about going through the quarantine was how the pandemic plays on the emotions.

“I know a few people who tested positive, so we’re constantly checking up on each other and talking about it, and when you keep talking about it while you’re in quarantine, waiting for your results, it can slowly lead up to panic, ” she admits.

“Sometimes, it’s important to ‘zone out’ from being on Whatsapp constantly, especially if you’re feeling a bit too much panic, and engage your mind in something else, ” she advises.

“If there’s a good movie that’s not too intense, or a documentary that you like - something that can engage the mind for at least an hour or more - it gives a bit of a breather so that you’re not always talking about Covid-19, ” she adds.

During the quarantine, she keeps in touch with her family through video calls and whatsapp.

“I need to see the kids and also talk with them about their schoolwork. My kids are in private school so they still have online classes going on," she says. 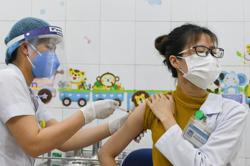