She still finds nursing career rewarding after more than 50 years.

At 82, Peloquin continues to add to her professional accomplishments. She still takes in online educational programmes about every two weeks. Photo: Pixabay

A lengthy list of acronyms after her name on a LinkedIn account – also known as post-nominal letters – is a testament to Lois Peloquin’s degrees and certifications.

The most recent of these were certifications in foot care, which Peloquin earned just a couple of years ago at the age of 80. It’s just one of many areas in which Peloquin has earned specialised training during more than a half-century of nursing, mostly in the Chippewa Valley, Michigan in the United States.

“I will tell you this, ” Peloquin shrugs during an interview at her home. “Nursing has done more for me than I’ve done for it.”

After graduating from Chippewa Falls High School, Peloquin, 82, opted for the St Joseph’s School of Nursing in Marshfield. She laments that women had few choices at the time – basically limited to becoming a secretary, nurse, teacher or wife, she said – despite, by her own admission, not being a stellar student.

“I barely got into the programme, ” she said, “and barely stayed there.”

Nevertheless, she made it through the coursework and remains friends with several of her former classmates, who lived under the supervision of nuns and housemothers.

“We lived in a dorm, ” Peloquin said. “We studied together, worked together and went out together. It was a different life than it is now.”

Peloquin returned to the Chippewa Valley after her education in Marshfield, working at Luther Hospital and St Joseph’s Hospital in Chippewa Falls. Her husband, Dan, worked for Cray Research. Balancing life, work and her continuing education wasn’t always easy.

While working the night shift at St Joseph’s, the Peloquin family was limited to one car. Dan would load the vehicle with the kids in their pajamas and pick up Lois at about 11pm from work.

“It sounds maybe terrible, ” Peloquin said, “but it was so wonderful... finishing the shift and then have those precious kids in the car when you got off duty. I loved the feeling.”

On one occasion at Winona State, one of her young sons, Greg, jumped into a bus of college students to go to a baseball game.

Her sons also include Brad, Kipp and Michael. During a visit to University of Wisconsin-Eau Claire, she couldn’t immediately find one of the four. It turns out he had harmlessly fallen into a creek and was taken care of by passers-by.

“All my kids went on to college, ” Peloquin said with a grin. “So (the experiences) couldn’t have been that bad.”

Ultimately, Peloquin returned to teaching. With her training in nail and foot care, Peloquin was scheduled to teach at the University’s continuing education programmes on the subject this year, but the sessions were canceled due to Covid concerns.

She also volunteers her expertise at free clinics in Eau Claire and Menomonie and at other sites.

“Lois is the essence of successful aging, ” Stolder said. “She has the energy of a 20-year-old and is one of the most interesting conversationalists you’ll ever meet.”

During many summers, Peloquin worked as a camp nurse at the Eau Claire YMCA’s Camp Manitou, which allowed her children to enroll for free.

She recalls being popular with the campers because she had a TV. Less appealing is the memory of being in a cabin so overrun with mice that she spent a night in the cook’s quarters.

Peloquin also worked at camps of shorter lengths that served stroke patients and those with diabetes. She spent time as a traveling nurse as well, which took her to Florida, Arizona and California.

Less-than-favorable memories that stand out for Peloquin during a career in nursing include immediately fainting after being vaccinated when she went to school in Marshfield and pricking her thumb on the first shot she ever administered.

Peloquin is quick to add, however, that the good times have far outweighed the bad.

Once, a young Amish woman was sick with eclampsia, and Peloquin and other nurses dutifully stayed by her side. She pulled through, and the doctor in charge of the case bought them all earrings for their assistance.

One outside-the-office passion for Peloquin is travel. Training and conferences have taken her all over the US, and New York City has been a frequent destination.

Peloquin has traveled to Russia twice, Thailand, Europe and Japan. She’s taken trips through clubs and organisations with her grandchildren in tow.

“Lois is quite the globetrotter, ” she said. “If you travel with her, she has never met a stranger. She is a legendary letter and postcard writer, and her notes about everyday life are treasures for safekeeping.”

The coronavirus has curbed such journeys for now. Immediate family is allowed in the Peloquin home, but most visitors are understandably limited to safe-distance socialising on the porch. She and her husband, who were high school sweethearts and married in 1961, miss going out for dinner.

Nevertheless, Peloquin continues to add to her professional accomplishments. She still takes in online educational programmes about every two weeks.

Last year, she and a few others got their paper, “Expanding a Foot Care Education Product for Nurses, ” published in the Journal of Wound, Ostomy and Continence Nursing.

“I’d rather go to a class than go to the beach, ” Peloquin said with a smile.

Peloquin did note that for those interested in the field, “You can do absolutely anything in nursing.” Peloquin hopes her story inspires others to pursue careers in nursing, an industry in which there’s a significant shortage of workers.

“Being a nurse was not a job for me, ” Peloquin said. “It was an opportunity to do anything I wanted to do... joy and fun in a career day after day, year after year.

“And it’s still going on.” – The Leader-Telegram/Tribune News Service 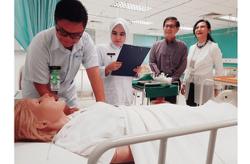 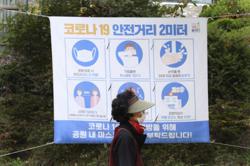