Wan Alya Wan Hanizan loves her job as a teacher’s aide in a preschool for special needs children.

Her responsibilities include helping teachers manage the classroom, and carrying out the lesson plans. She is always happy to engage in imaginative play, with the 16 toddlers in her class.

“Alya likes singing with the children. Alya likes going to the preschool and helping Cikgu Zahirah, ” says Alya who has been working at the Taska Anak-Anak Sindrom Down (Anisd) in Putrajaya, Selangor, for one-and-a-half years.

She doesn’t have the paper qualifications in special education, but Alya is certainly better equipped than most to teach children with Down Syndrome.

Like her students, Alya also has Down Syndrome but the 25-year-old young lady has come a long way to attain the abilities and independence needed in her job. With guidance and lots of encouragement, Wan Alya - who has Down Syndrome, is able to carry out her job as an assistant carer at a nursery. Photo: The Star/Mohd Sahar Misni

Zahidah, 28, is focused on building Alya’s confidence, and guiding her.

The friendly supervisor – who holds a diploma in occupational therapy – doesn’t mind going the extra mile to mentor Alya as she wants to help her be independent.

“With more experience and hands-on training, I am confident that Alya will be even better at her job, ” says Zahirah.

“Alya likes to work. Alya likes to teach flash cards, feed and bathe the children, ” says Alya, who is the only differently abled employee at the centre. She works eight hours a day, four days a week.

If there’s anyone happier than Alya about working with the children, it’s her mother Hanizan Hussin who has been instrumental in building her daughter’s self-reliance.

The mother of seven has always believed in Alya’s potential, and has worked hard over many years to help individuals like her daughter.

“Individuals with Down Syndrome possess varying degrees of cognitive delay, ranging from mild to severe. 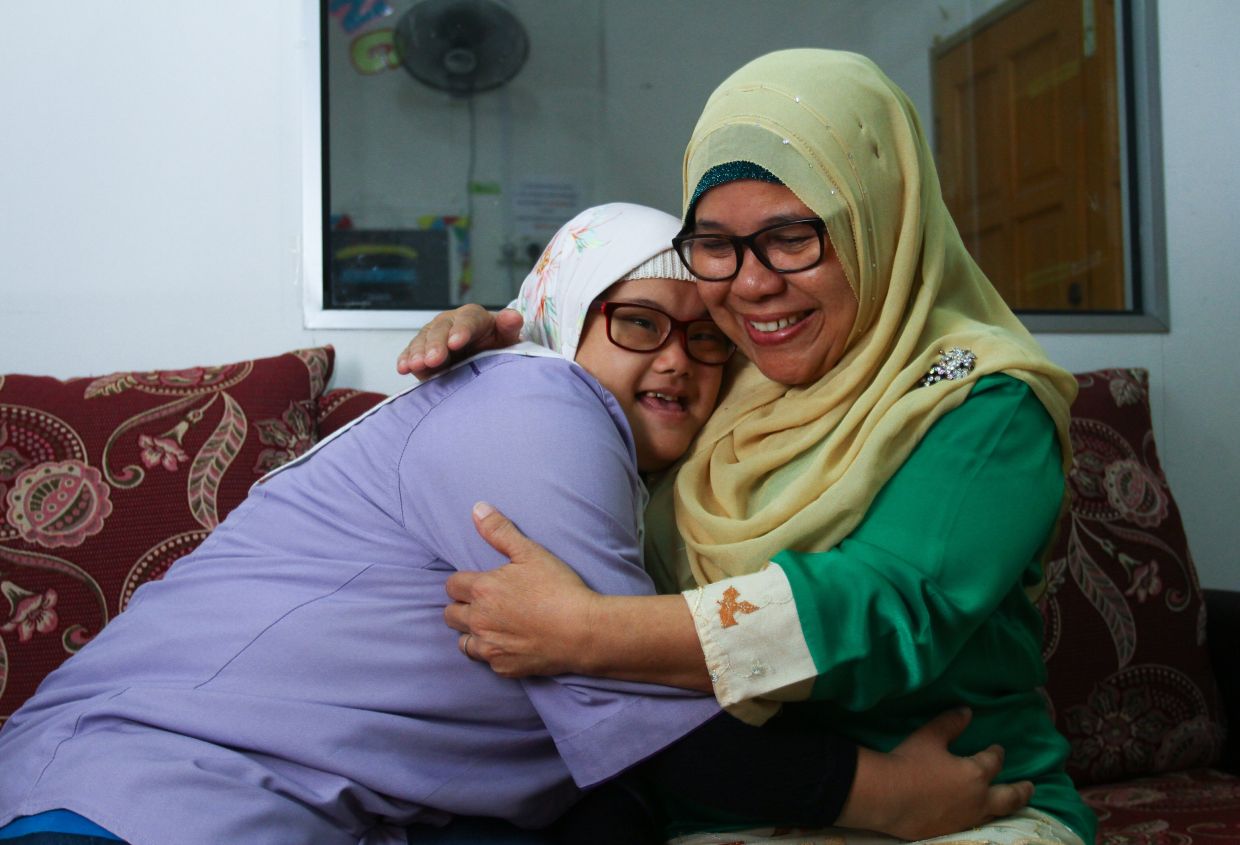 “At MDSA, children are trained according to their abilities, be it high function, medium function or low function, ” says Hanizan, 62, who quit her job as a technician to commit to this mission.

In the span of 15 years, she’s helped over 50 individuals with Down Syndrome get jobs.

Alya has attended the association’s training programme since she was a young girl. 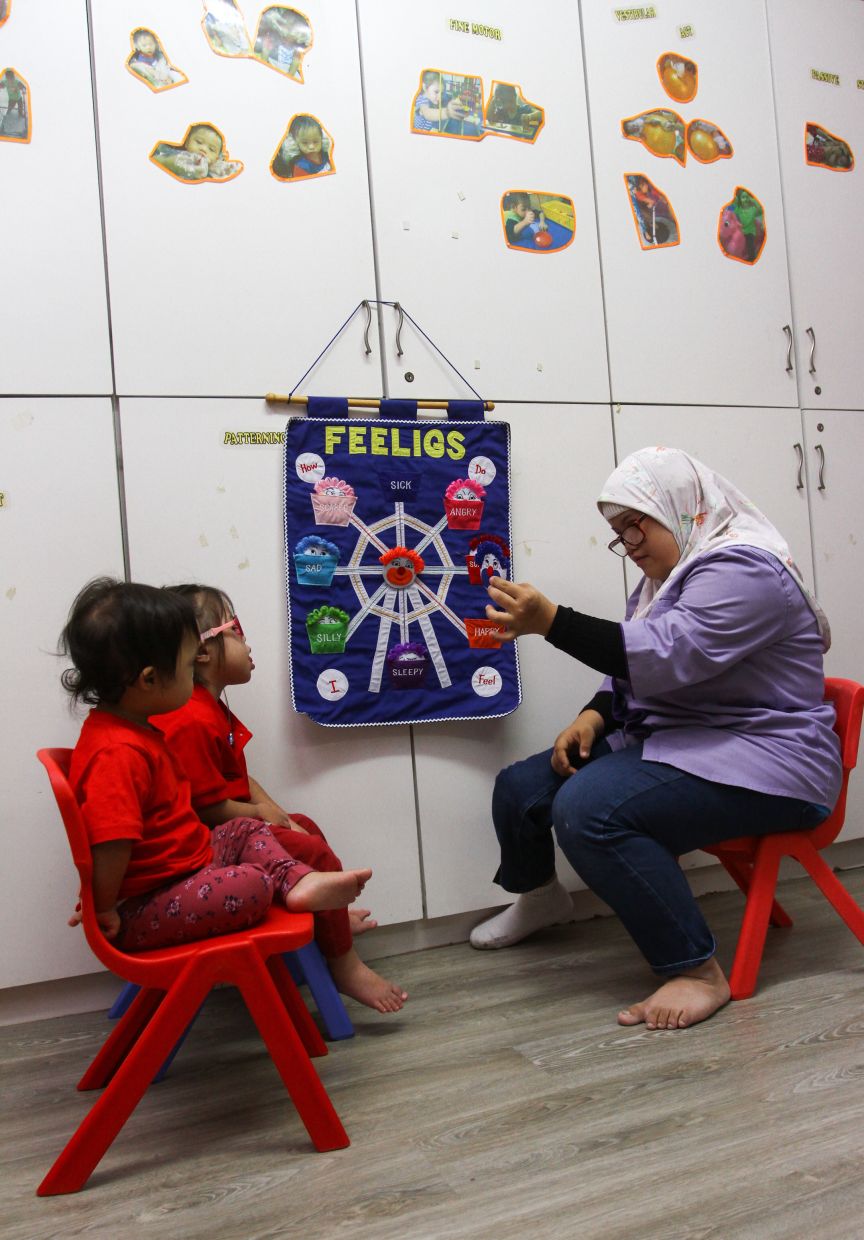 Wan Alya confidence has improved by leaps and bounds since gaining employment. Photo: The Star/Mohd Sahar Misni“At the centre, children with DS are taught different skill sets based on their abilities.

“It ranges from baking and weaving to clerical work. They also undergo motivational courses, and social and living skills to prepare them for the real world, ” says Hanizan, adding that she was so relieved when Alya secured the job. Her pride was that of a mother, not just a trainer.

Although she has helped many other students gain employment, it was special to her to see her youngest draw a salary. Alya earns RM250 a month but it means a lot for it’s the fruits of their efforts over the years to transcend the challenges of Down Syndrome.

“Since gaining employment, her confidence has grown by leaps and bounds.

A chance to shine

According to the Social Welfare Department (JKM), there are 488,948 registered Persons with Disabilities (PWDs) as at October 2018. This translates to about 1.53% of Malaysia’s population.

Since 2010, the government has implemented a policy for hiring 1% of PWDs in the public sector, according to the 2019 HRDF Human Capital Report.

Individuals with Down Syndrome can work in different settings according to their abilities, says Universiti Malaya’s department of educational psychology and counselling senior lecturer and special education clinical consultant Dr Madhyazhagan Ganesan.

“These special individuals can work in various fields, ranging from hotel management to retail to fast food restaurants.

“If they are equipped with pre-vocational, vocational, and job training skills, they can excel at work. It is important for employers to make reasonable adjustments when hiring and recruiting persons with disabilities.”

He adds that employment helps people with disabilities earn an income and move towards independent living. It includes supported employment opportunities, sheltered employment, and competitive employment.“It is important for companies to accommodate their skill sets and give them the support they need. Slowly, they can move towards self-management and independence.” 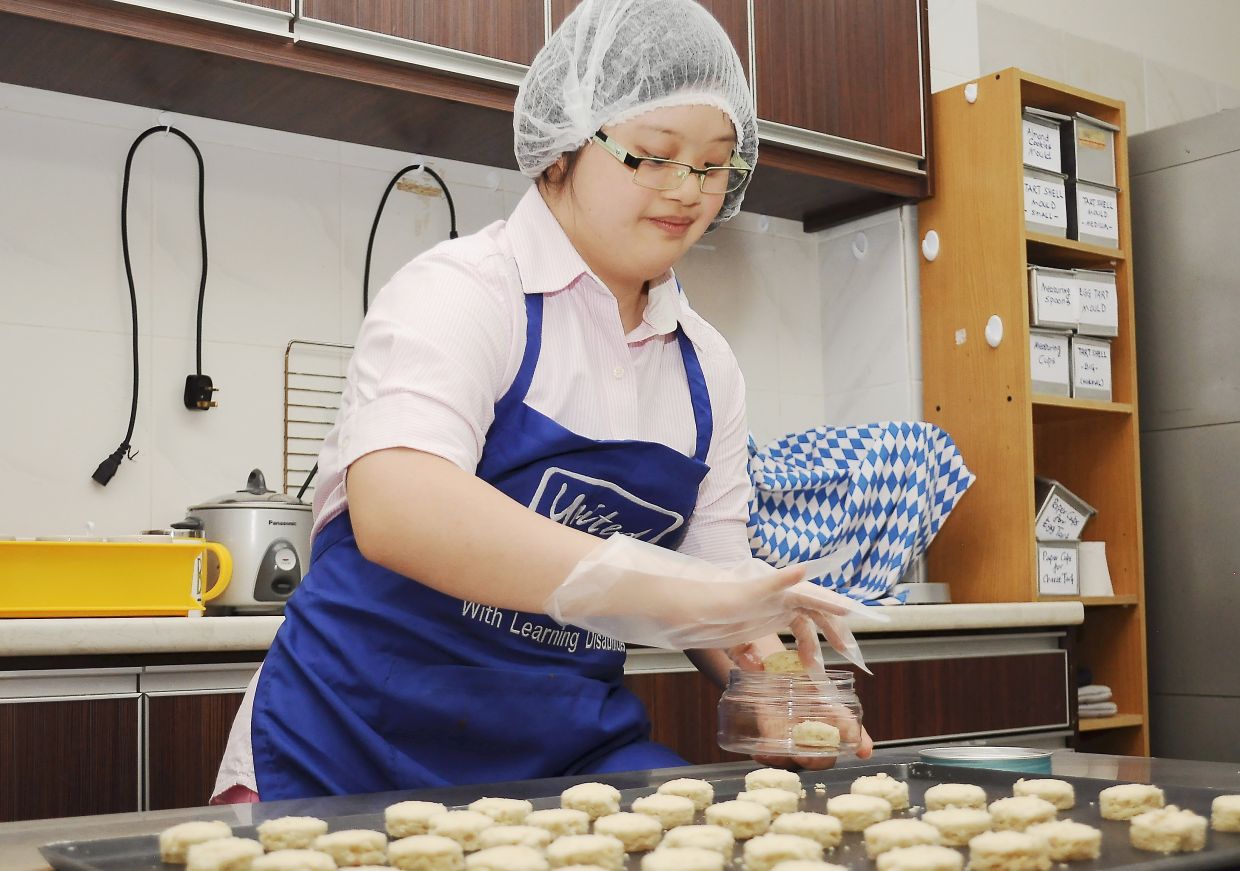 Sarah Ann, a young woman who has Down Syndrome and works as a clerk at United Voices, Petaling Jaya. SYAMIMI ZAINAL/ THE STAR

But there are also many challenges for the disabled to fit in to workplaces. Not many organisations are willing to invest the additional time and effort needed to train special needs employees.

“They are unsure of a differently abled person’s capabilities, and are unwilling to take a chance. There’s also concern that extra attention needs to be given to a special needs person.

“Unless a top management member has a special needs child and understands them, there are only a few job opportunities for differently abled people, ” says Shirley Yeo Siew Kuan, whose daughter Sara-Anne Ng KeXin has Down Syndrome.

She is also concerned about co-workers’ willingness to accept a colleague with special needs. She worries her child might be bullied and neglected by her colleagues.

“Some staff might distance themselves from people with special needs. They want nothing to do with them.

“There are also stories of how these people are bullied at work. It is important for the management to create awareness among staff on ways to cater to the needs of special needs people.” Thanks to job opportunities, Shirley Yeo says her daughter Sara-Anne is more mature and independent.

Since 2018, Ng has been working as a weaver and assembly-line worker at United Voices, a self-advocacy group for people with learning disabilities, in Section 17, Petaling Jaya, Selangor.

For the time being, Yeo is comfortable with her daughter working at a sheltered centre.“Once she’s more confident and independent, I’ll allow her to work in a bigger organisation. I worry about her safety and that people might take advantage of her.”

Slowly but surely, Yeo wants Ng to get the right footing for her future.

“I’m happy that she has made many friends at the centre. Sometimes, she and colleagues go out for movies.

I am teaching her to take public transport so that she can be more independent, ” says Yeo, adding that parents play an important role in helping their special children be self-reliant. Alya and Ng are among the many success stories of people with Down Syndrome. They are examples of how, with the right skill sets, people with Down Syndrome can be employed and move towards independence.

5 Malaysian companies that employ adults with Down Syndrome

"The Gifted" art exhibition showcases talents of artists with disabilities

She's blind but she sees the world as a beautiful place 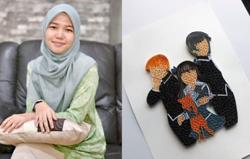 Right of the disabled to employment