PPW plans to train more teachers at the district level so that more children will be taught about personal safety and the dangers of cyber violence.

WHEN she was due to attend the court hearing for her domestic violence case six years ago, Rozita Karim was terrified and anxious. She was fearful of coming face to face with her abusive husband, and worried because she had no idea what the court proceedings would be like.

“I was nervous. How many of us actually know what happens in a courtroom? All I knew was what I had seen on television, ” recalls Rozita.

But one day, she received a phone message from the Pusat Perkhidmatan Wanita (PPW) or Women’s Service Centre.

“I had never heard of PPW but they explained that they are an NGO that helps women in my situation and offered to help prepare me for the trial. The support from PPW was invaluable, ” says Rozita.

Apart from just preparing her for what to expect at the trial, representatives from the centre accompanied her at the court, counselled and motivated her when her case dragged on for two years before the court ruled to jail her husband for his abuse.

“I couldn’t have done it without them. It’s not easy going through a trial and at times I wanted to give up. But they motivated me and stood by me, ” says the mother of three. 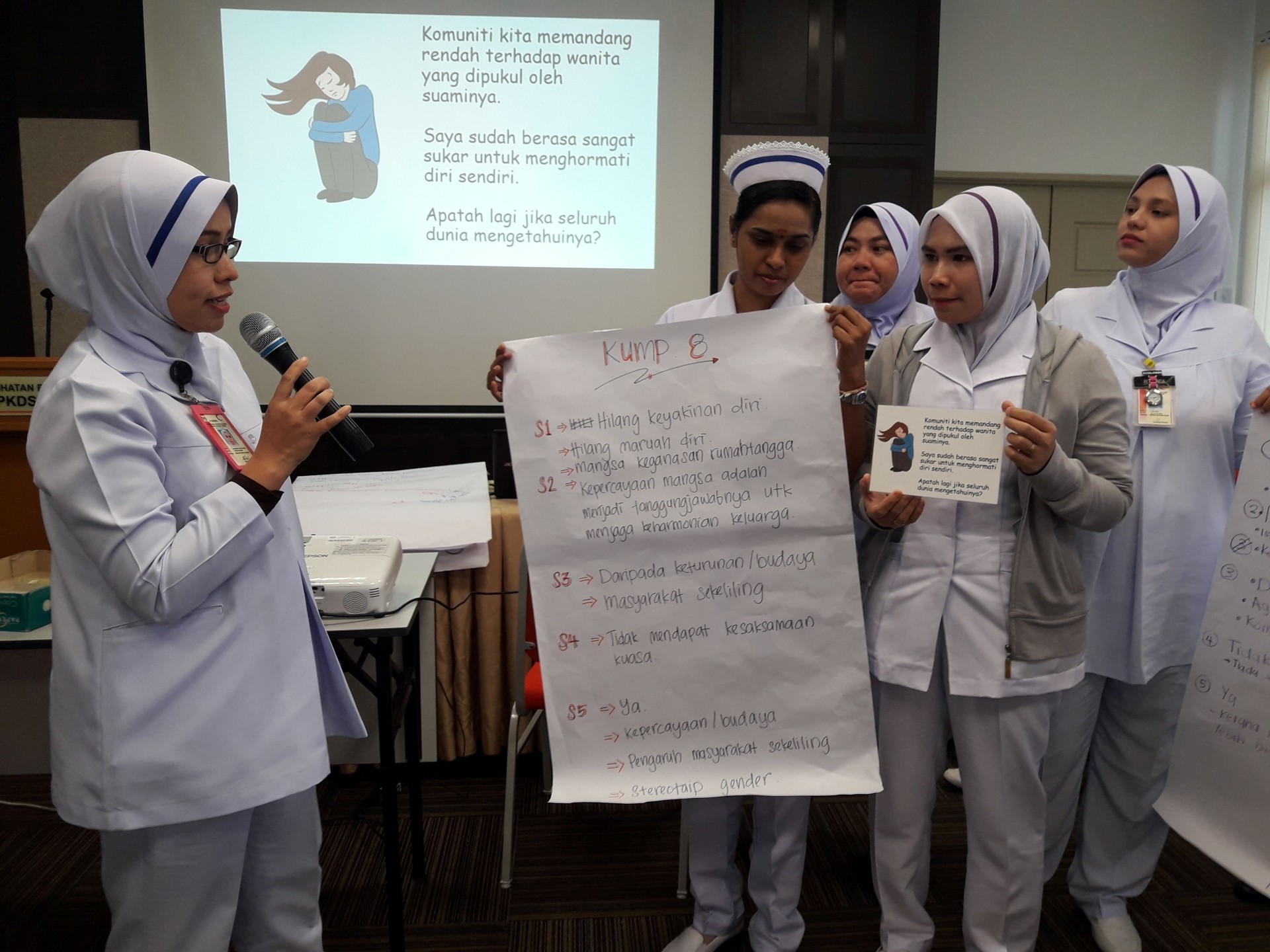 Rozita is one of about 2,400 women that PPW has helped in the last decade. The centre is run in a collaboration between the Women’s Centre for Change (an NGO that helps women) and the Penang state government, and its services have made a huge impact on the lives of women and children on Penang’s mainland, Seberang Perai, and the northern states.

This year, PPW celebrates its 10th anniversary and there is much to celebrate, says WCC executive director Loh Cheng Kooi.

“WCC was already operating for nearly 25 years but because of our location in Penang Island, our reach and impact on the mainland were limited. We were fully aware of the need for interventions and services for women and children on the mainland, but lacked the resources to do so at that time.

“After Pakatan Harapan took over as the state government of Penang in 2008, then State Executive Councillor for Women, Family and Community Development, Lydia Ong Kok Fooi, together with then Bukit Mertajam MP, Chong Eng, met with key representatives from WCC, to discuss ways to improve the lives of women, children and communities.

“We agreed on the importance of setting up a service centre on the mainland and the government entered into a smart partnership with WCC to set up the Pusat Perkhidmatan Wanita, ” explains Loh. 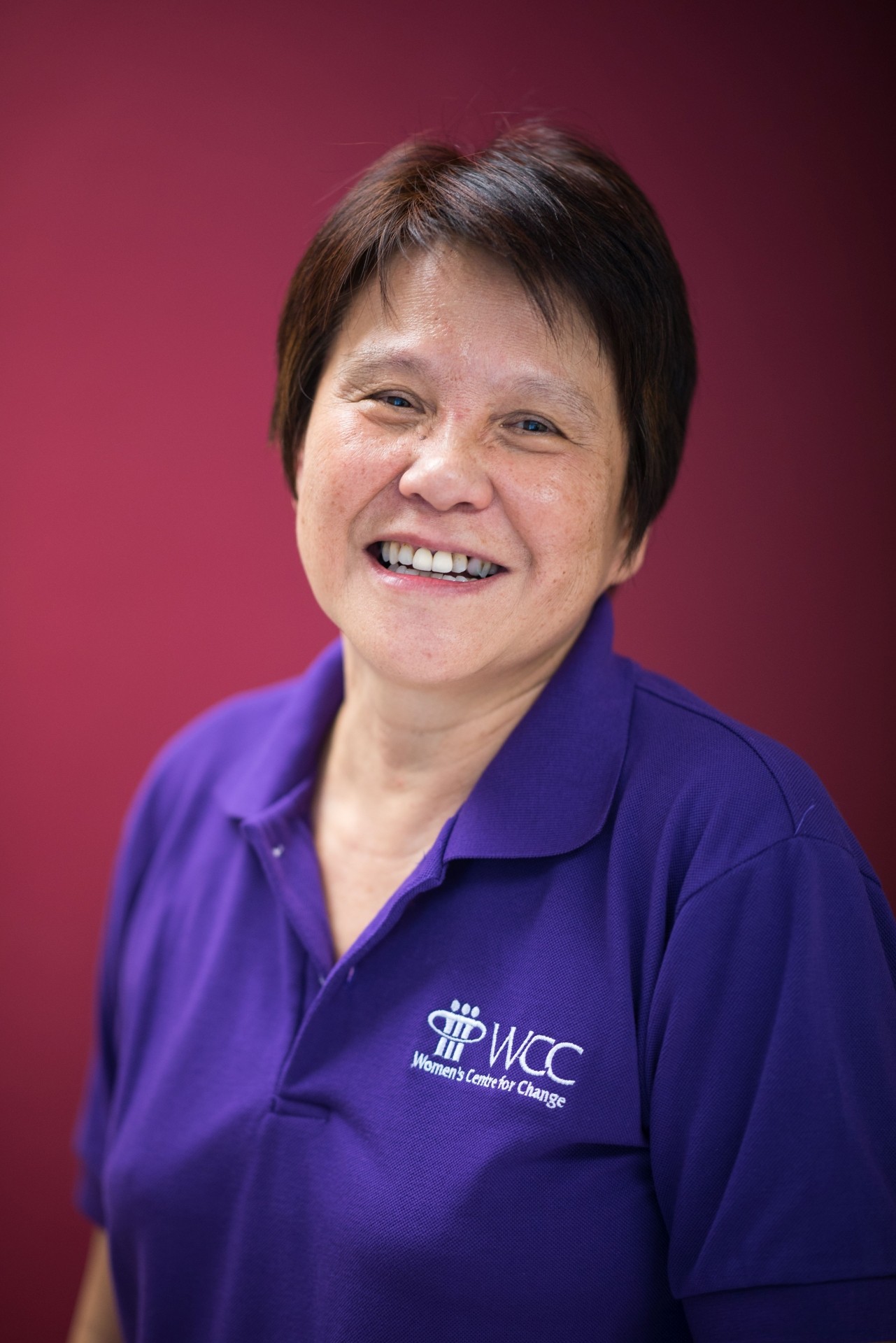 Loh says that the high number of domestic violence and sexual assault cases from Hospital Seberang Jaya indicated the need for WCC's services. in Seberang PeraiUnder the partnership, the state government provided the funding while WCC manage the staffing and operations of the centre to serve women and children in crisis in Seberang Perai, Kedah and Perlis.

The response to the services offered by PPW has been overwhelming, with women coming from as far as Kulim and Sungai Petani in Kedah for help.

“This partnership has significantly enabled us to reach out to thousands of women, children and local communities on the mainland and also Kedah. Every year, we support over 200 cases. We also run sexual abuse prevention programmes for children, teachers and communities, ” shares Loh.

The 10-year collaboration, she adds, is also an example of how state governments and NGOs can work together for the betterment of communities.

“This partnership has enabled us to have better workings with government agencies and enhance stakeholder relationships. We liaise with the police, give talks to hospitals, have dialogues with agencies to ensure support for clients and the community work. Our collaboration with the government hospitals is a good example of this cooperation, ” she says.

The PPW has also enabled WCC to expand their advocacy work in government hospitals in Seberang Perai such as setting up a One Stop Crisis Centre at the Seberang Jaya Hospital in 2012 and most recently, with the district hospitals of Kepala Batas and Bukit Mertajam.

“Significantly, we found that the number of cases of domestic violence and sexual assault cases from Hospital Seberang Jaya is double compared to the Penang Hospital. This indicates the great need for our services in Seberang Perai, ” Loh discloses.

And, just like in Rozita’s case, if a victim’s criminal case goes to court, social workers from WCC arrange for pre-trial briefings with deputy public prosecutors and accompany victims at trials.

The centre has also made inroads in raising awareness through their outreach programmes in schools and local communities.

“This has become another crucial part of our work. In the past years, thousands of schools children have been taught to recognise good and bad touch. We have also trained teachers to use the WCC “OK Tak OK” programme to teach their children.

“With the local community, PPW works with the local ADUNs/MPs to carry out joint programmes like talks and activities on women’s rights issues, ” she elaborates.

With their encouraging success, PPW plans to enhance collaborations with Hospital Seberang Jaya and also all three district hospitals in north, central and south Seberang Perai.

“This is a key priority to ensure that victims of domestic and sexual assault receive immediate support and get access to the justice they deserve.

“Our plan is to train more teachers at the district level so that more children will be taught about personal safety and the dangers of cyber violence. By preventing sexual violence, we are protecting our children so that they can enjoy fulfilling lives. So much more needs to be done. But change is possible, ” Loh says.