Actor John Stamos looks back on mindset during sobriety struggle: 'If I died tomorrow, it's OK'

During an appearance on CBS Sunday Morning, Stamos looked back on some of the most pivotal moments in his life, including his journey with sobriety and friendship with Full House co-star Bob Saget, who died in January of head trauma.

Reflecting on his relationship with Saget, Stamos told Sunday Morning correspondent Tracy Smith that Saget was "one of the biggest influences in my life."

"I wouldn't be who I am without Bob," Stamos said. "He was there for everything – all the good, all the bad. He was my brother: he's the brother that I always wanted."

The sentiment echoes the heartfelt tribute Stamos gave to Saget in his eulogy for the actor-comedian, which was published January in the Los Angeles Times.

"Bob, I will never, ever have another friend like you," Stamos wrote. "You will always be my best friend. You are my new guardian angel."

Stamos also got candid about his sobriety, revealing his outlook on life was impacted by his alcohol abuse.

The Big Shot star also discussed the turning point of receiving a DUI arrest in 2015.

"I thought I was fooling everybody," said Stamos, adding that rehab was "the hardest thing ever." "So when that happened I said, 'I can't screw this up now. I have to stay with this.' "

Stamos isn't the only member of the Full House family to open up about sobriety.

Dave Coulier, who played Joey Gladstone on the series, celebrated his two-year sobriety in an Instagram post in January.

Coulier shared a photo of himself with bloody scrapes on his nose and under his left eye, which he said were the result of an accident that happened while he was drunk.

"I was a drunk. Yes. An alcoholic," wrote Coulier, recalling he would often drink for eight hours straight.

"When I drank, I was the life of the party. I could make people laugh until they fell down. In this picture, I was the one who fell down. Not because I was playing hockey or doing the things I love – like chopping wood or doing construction, golfing, fishing or flying airplanes. I was hammered and fell, going up some stairs made of stone."

As for what's next for Stamos, the 59-year-old actor said he's focused on living in the moment. 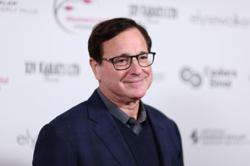 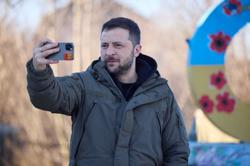