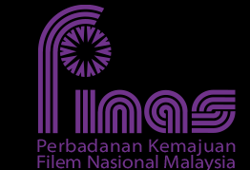 A horror film by Produksi Seni Duapuluh Duapuluh Sdn Bhd, Sumpahan Jerunei or Curse Of The Jerunei, has attracted the interest of several potential international buyers at Marche Du Film 2022, one of the largest film markets in the world.

Its executive director, Datin Dr Wendy Wong said so far, six buyers from the United States and one buyer from the United Kingdom had shown interest in buying the film directed by Jason Chong.

"The film received offers from many distributors or agents, and now we are thinking which one is the best option. This is because we have to choose only one buyer.

The film, featuring a line-up of famous and experienced actors and actresses, including Bront Palarae, Syafie Naswip, Amerul Affendi, Tony Eusoff, Uqasha Senrose and Ruminah Sidek, is based on a true story about the history of the Melanau people in Sarawak, including their funeral rites and culture. Meanwhile, another executive director of the company, Datuk Nancie Foo said Sumpahan Jerunei attracted the attention of international buyers as the film featured a true story, apart from being a horror film that involved culture.

"Foreign buyers like it very much. They like the original title and culture. In this film, everything is original. The location is also the original location," she said.

Marche Du Film is the film industry’s largest gathering for producers, financiers, broadcasters, distributors, suppliers and buyers from around the world to meet, share ideas and make deals.

A total of 250 companies from 110 countries participated in the nine-day film market which started on May 17. - Bernama