Hairul Azreen in a scene from the upcoming film 'The Assistant'. Photo: Sony Pictures

Having already starred in local action blockbusters Paskal: The Movie and Wira, Hairul Azreen is once again leading in this genre with the upcoming film The Assistant.

Directed by Adrian Teh, The Assistant is set to be released at cinemas nationwide on March 10. The action-thriller is co-produced by international studio, Sony Pictures Entertainment Malaysia.

At a recent press meet, the 33-year-old actor said: “I always feel like I can do better and improve when it comes to portraying a character. I felt that in Paskal and similarly in Wira.

“I think I have done some of my best work in terms of acting in The Assistant.

“We should always strive to do better each time because we must show that Malaysia can go far in terms of moviemaking. And that Malaysia is capable of creating an action star.”

While Hairul wants to break new grounds where action is concerned with each project, he admitted that he’s disappointed that not many people outside of Malaysia even know about the country much less of its films.

"I have met some international artistes and discovered they do not know Malaysia. I feel a sense of duty to prove that we are capable in making international-level films and in producing action stars.

“If people can know Tony Jaa from Thailand and Iko Uwais from Indonesia, why can't they know Malaysia through an action star?

"Previously, we didn't have films that could penetrate the international market. But in the past few years, I think our films have advanced to international level.

"And with the participation of a company like Sony Pictures (for The Assistant), we can elevate our films even further," concluded Hairul.

The Assistant centres on Zafik (Iedil Dzuhrie) and Feroz (Hairul) who set out to get revenge against those who killed Zafik's family. 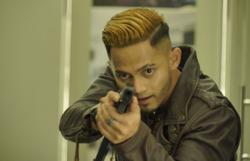 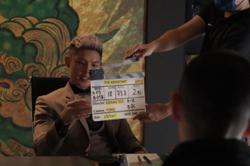