Her career has been on ice since 2018. Fan Bingbing/Instagram

Chinese actress Fan Bingbing, whose career has been on ice since 2018 due to a tax-evasion scandal, may be making a comeback.

In a photo posted on Weibo on Tuesday (Nov 22) by Chinese director Li Yu, the two are seen posing cheek to cheek with the caption: "A little drink, old friend."

This sparked speculation that they are making a movie together.

In the comments section, a netizen posed the question as an equation: "A little drink + Old friend = New movie", to which Li replied with an emphatic "yes".

Fan, who was one of China's top actresses with global name recognition before being embroiled in the scandal, has been keeping a low profile since paying a 883mil yuan (RM584mil) fine for evading taxes in 2018.

She not only lost jobs and lucrative endorsements, she also broke up with her then-fiance, actor Li Chen, to avoid implicating him. – The Straits Times/Asia News Network 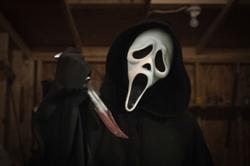