It took her just 48 days to reach the milestone, the shortest time for a music video released by a K-pop solo female artiste. Photo: Lisa/Instagram

It took 48 days to reach the milestone, the shortest time for a music video released by a K-pop solo female artist.

This replaces the previous record held by bandmate Jennie’s Solo, at 183 days. The two are the only music videos made by a K-pop female solo musician to achieve the feat so far.

The video for LaLisa set a world record for the most-viewed YouTube music video by a solo artiste in 24 hours when it was released on Sept 10.

On Tuesday (Oct 26), LaLisa topped 100 million streams on Spotify in about 46 days, the second-shortest time for a K-pop solo musician. It took Lisa’s Money, another track from the solo album, only 37 days.

The lead track from the same-titled album ranked No. 84 on Billboard’s Hot 100 and No. 64 on Official single top 100 in Britain. It topped iTunes top songs chart in 72 regions. – The Korea Herald/Tribune News Service 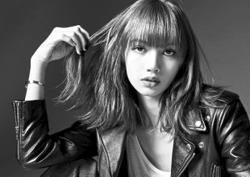