The latest entry in the Marvel Cinematic Universe takes some bold steps that result in an entertaining but flawed movie. – Photos: Walt Disney Company Malaysia

To fully appreciate the Eternals, you need to understand the full scale of this family of god-like superheroes created by the late legendary comics creator Jack ‘The King’ Kirby in 1976.

Their story is one that spans thousands of years, and they don’t play by the same rules as the other superheroes in the Marvel Cinematic Universe (MCU). In fact, so much greater is their purpose compared to the rest of the MCU that they only answer to one gigantic cosmic entity, one that literally dwarfs everything else in the universe.

Thanos? Bah, let the kids in the Avengers handle him.

Think Thanos and the Hulk were big? You haven't seen the Celestials yet.

The story follows the Eternals, a family of omnipotent beings with superpowers that far exceed even those of the Avengers. The team is led by the 'Prime Eternal' Ajak (Salma Hayek), and comprises Ikaris (Richard Madden), who has Superman-like powers of flight, super strength and laser eyes; Thena (Angelina Jolie), a deadly warrior who can conjure up any weapons she chooses; Kingo (Kumail Nanjiani), who shoots cosmic energy from his fingers; super speedster Makkari (Lauren Ridloff), Phastos (Brian Tyree Henry), the engineer and brains of the team; the eternally young illusion-maker Sprite (Lia McHugh); super strong Gilgamesh (Ma Dong-seok), the mind-controlling Druig (Barry Keoghan); and Sersi (Gemma Chen), who can manipulate and transform any inanimate object.

Sent by the all-powerful Celestial Arishem to prevent a destructive alien species called the Deviants from annihilating all life on Earth, the Eternals continued to live among us for thousands of years, bound by a vow to only intervene in the affairs of humans when Deviants are involved (which conveniently explains why they were absent during the Thanos-led Infinity Saga).

I know you shoot energy bullets from your fingers, Kingo, but can you stop saying PEW PEW PEW when you do it?

When does a Marvel movie stop being a Marvel movie? For me, it was when the regal Angelina Jolie stared down at us with her steely gaze within the first few minutes of Eternals. It was a moment that momentarily broke the spell of fantasy that I have so often felt with movies in the MCU, one that left me thinking, "Is that really THE Angelina Jolie, in a Marvel superhero movie?".

That’s not a bad thing though. If anything, it served to hammer home the point that Eternals is not your typical MCU movie. It deals in ideas and concepts that are way larger and more epic in scale than we've ever seen within the MCU, with characters that occupy a higher level, even within Marvel's regular roster of superheroes.

Perhaps because of this, Eternals feels... different. It looks and sounds like an MCU movie, but yet, it doesn’t feel like an MCU movie. It hits all the right MCU tropes and follows the general canon of the core MCU universe, but yet seems to simultaneously exist in a whole multiverse of its own.

Why did the Deviants have to attck on the one day we decided to send our costumes to the dobi at the same time?

Zhao does a decent job of moulding that large ensemble cast and ambitious vision into a coherent, two-hour and 37 minute movie, while trying to stay true to the MCU ethos of blockbuster entertainment.

It has to be said though, she handles the slower, more dramatic and emotional scenes a lot better than the faster-paced action sequences. She has to fall back on the usual Marvel trope of a colourless punching bag of a main villain, but at least the various heroes’ different powers keep the various set-pieces interesting. The diverse cast works for the most part, and it is to Zhao's credit that none of them look remotely out of place (even the A-listers like Jolie and Hayek).

Being directed by Zhao, this was always going to be the MCU movie that changed it all, for better or for worse. It's like Marvel was trying to produce a movie that is more in line with an epic drama than a popcorn superhero movie (in fact, this felt closer to a DC movie than a Marvel one, with a darker, broodier atmosphere and lofty god-like heroes lording it over the rest).

However, while that ideal does take flight at certain points in the movie, Zhao struggles at times to stick the landing, resulting in an MCU movie that is still enjoyable but a little disjointed in terms of its story flow and execution. 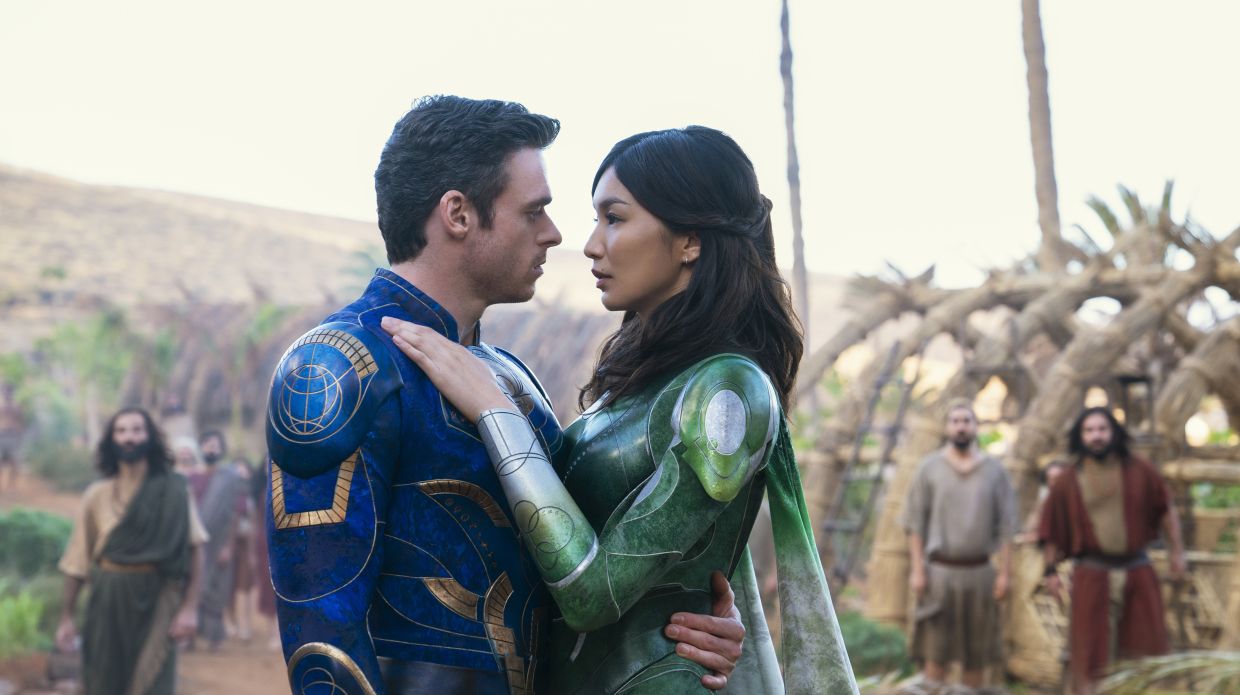 Marvel Studios has been criticised for making movies that follow the same (hugely successful) formula each time, and for casual MCU fans expecting more of the same, Eternals may seem like the franchise’s first misstep. But while it's true that Eternals can be considered one of the MCU’s weaker entries, it is still an entertaining watch that pretty much lived up to my expectations.

Besides, Marvel has always looked at the bigger picture when it comes to their movies (and now TV shows), and the concepts introduced in Eternals as well as the events that happen here look set to have seismic consequences for the MCU.

Who knows, we may yet look back at Eternals as the film where the MCU took its first baby steps towards a more mature direction. And as the Thor franchise has shown in the past, a Marvel character’s first films may not be great, but its place in the MCU is eternal.

'Free Guy' review: One heck of a fun ride, Guy