K-Clique member Noki was admitted to Hospital Shah Alam on Oct 13 at 4am after experiencing high fever. The artiste, whose real name is Ahmad Ikhwan bin Aji, said that he started feeling ill about a week prior but symptoms were not severe. According to Kosmo, the Malaysian artiste is down with dengue fever.

He told mStar, The Star's Malay-language portal, that his condition is now affecting his heart. "Now my condition is worse because my head is dizzy and I can't stop vomitting," he said.

He continued to explain: "At four this morning I was admitted to the ward. My body wasn't well since last Friday but overtime it got worse and I decided to go to the hospital. I have a dangerous high fever that is affecting my heart and liver."

Noki took to Instagram later that day to update his followers on his situation. He posted a picture of him resting on a hospital bed and humbly requested for everyone's prayers as his condition was getting more severe.

The 27-year-old also informed that his body temperature had reach a high 39°C and records of his blood platelet readings showed a decrease from the normal level.

On Friday (Oct 15), his manager Farahrizan Razak said that Noki was under strict instruction by doctors to rest and no visitors were allowed.

"At the moment, the doctors are monitoring Noki's condition to ensure his blood platelet and blood pressure return to normal," Farahrizan told Gempak. 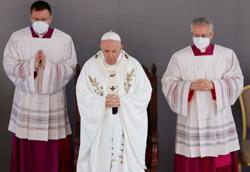