Shannen Doherty, 50, announced in February 2020 that her breast cancer had returned after previously going into remission in 2017. Photo: Filepic

Shannen Doherty hopes to help educate people about cancer amid her battle with the disease.

The Beverly Hills, 90210 star on Tuesday (Sept 14) said it’s important to know that people fighting stage 4 cancer are “very much alive and very active,” according to People.

“My husband says that you would never know that I have cancer,” Doherty said during a panel discussion about her film List Of A Lifetime.

“I never really complain. I don’t really talk about it. It’s part of life at this point.”

Doherty, 50, announced in February 2020 that her breast cancer had returned after previously going into remission in 2017.

“I’m stage 4,” Doherty said on Good Morning America at the time. “So my cancer came back, and that’s why I’m here.”

Doherty, who was first diagnosed with the disease in 2015, has often spoken publicly about her battle to bring awareness.

“I feel like I have a responsibility in my more public life, which I separate from my acting life... to talk about cancer and perhaps educate people more and let people know that people with stage 4 are very much alive and very active,” Doherty said Tuesday, according to People.

List Of A Lifetime stars Kelly Hu as a woman who reconnects with her daughter — and makes a bucket list of life experiences to fulfill with her — after being diagnosed with breast cancer. – New York Daily News/Tribune News Service 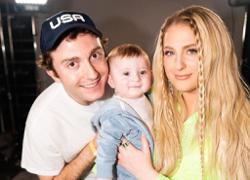 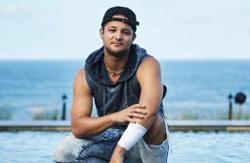