Kim Jong-kook started his exercise-focused channel in June and gained one million subscribers within a week. Photo: Kim Jong-kook/Instagram

When Kim Jong-kook’s YouTube channel (called Gym Jong Kook) was launched in June, it gained more than 250,000 subscribers in just 24 hours. It reached the one million mark within one week.

All of these has gotten the exercise-focused channel on the Forbes Korea’s list of highest-earning YouTube channels. Gym Jong Kook is at No. 18 with estimated earnings of 426.4 million won (RM1.5mil).

In July, the 45-year-old singer promised his subscribers that he would donate the profits generated from five videos on the channel – minus the production costs – to a good cause.

He shared: “Since (my channel) achieved these amazing results through the help of many people, I think it would be even more meaningful if all this love and interest led to something good, so that the positive influence of everyone who loves to exercise can shine even brighter.”

On Sept 8, Kim revealed that he donated 70mil won (RM248K) to two hospitals. The money will help to cover the treatment costs of patients facing financial difficulties as well as young patients with heart problems.

“It’s a bit late, but after careful consideration, I’ve made the donation that I promised to all of you last time. I hope my donation will be used for a good cause.

“Because this is a donation that I made with all of your support and dedication, it was especially meaningful.

“I hope that all of you have a healthy life! Thank you to all the subscribers who were part of this good deed!”

Beyond K-pop: 5 South Korean stars' YouTube channels to check out 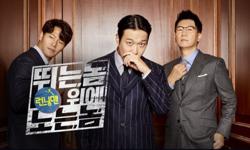