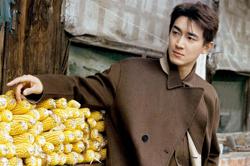 The latest accusation means that Kris Wu could face criminal charges and civil lawsuits in the US as well. Photo: FIlepic

A Los Angeles-based woman has come forward to allege she was drugged and raped by Chinese-Canadian star Kris Wu, who was arrested last week in Beijing on rape charges.

More than 24 women in China have since come forward with similar stories of being plied with alcohol and then pressured to have sex with, or were sexually assaulted by, the 30-year-old.

The latest accusation, however, means that Wu could face criminal charges and civil lawsuits in the United States as well.

The woman said she had gone to one of Wu's now-notorious drinking parties where her phone was confiscated. She claimed that small white pills were being passed around and that she had lost consciousness before being sexually assaulted.

After the incident, she said she was too afraid of being victim-shamed to speak up. She also felt she had no hard evidence and was worried about being accused of extortion.

The American law firm representing her urged other alleged victims to come forward, as Wu had been to Los Angeles many times in the past for promotional events.

Wu's troubles began in July, when 18-year-old Chinese student Du Meizhu accused him in an explosive Weibo expose of having sex with her while she was unconscious.

Even before his arrest, he had lost several lucrative deals over the scandal. In recent days, his social media accounts with millions of followers have disappeared.

Other male celebrities, such as Singaporean singer JJ Lin and Taiwanese star Will Pan, have also been caught up in the controversy, although they have strongly hit back at rumours linking them to Wu.

Earlier this week, Chinese actress-model Angelababy won a lawsuit against a netizen who had made up stories about her, including of her cheating on her husband, actor Huang Xiaoming, with Wu. - The Straits Times/Asia News Network 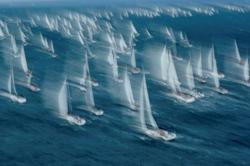 Meghan Markle wins appeal in British tabloid publisher privacy lawsuit
US remakes of 'Crash Landing On You' and other hit K-dramas planned
Alec Baldwin doesn’t feel guilt over ‘Rust’ shooting: ‘If I felt I was responsible, I might have killed myself’
Lin Gengxin said to be replacing disgraced star Kris Wu in reshoot of lavish period drama
Hitting the bullseye: The new 'Hawkeye' series gives us different sides to the Avenger Premium
Bradley Cooper recalls being held up at knifepoint in NYC subway station
Bella Ciao! 'Money Heist' fan favourite 'Berlin' gets his own spinoff series
Actress Siti Saleha seeks divorce from husband as there’s ‘no longer understanding’ in the marriage
‘Ghostbusters: Afterlife’ review: Bustin' makes you feel good (again)
Is Taiwanese actress Lin Chi-ling pregnant?