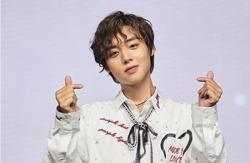 Singer and actor Park Jihoon is returning with his fourth EP early next month. – Photo: Maroo

Singer and actor Park Jihoon is returning with his fourth EP early next month, announced agency Maroo on Thursday.

It has been nine months since his first studio album, Message. He also released a song titled Call U Up (Feat. Lee High) in collaboration with Universe in March.

Park has wrapped up At a Distance, Spring is Green, a TV adaptation of the eponymous webtoon. He played the male lead, a college student from an affluent family who secretly suffered from his father’s violence. The last episode aired Tuesday.

Park debuted with Wanna One and later struck out as a solo artiste in 2019 with EP O’Clock. In addition, he also has been acting, appearing in a series of TV dramas. The performer originally started acting at the age of 8 in the 2006 hit drama series Jumong. – The Korea Herald/Asia News Network
Article type: metered
User Type: anonymous web
User Status:
Campaign ID: 46
Cxense type: free
User access status: 3

EXCLUSIVE: 'Never Have I Ever' star Maitreyi Ramakrishnan says her character is a hot mess 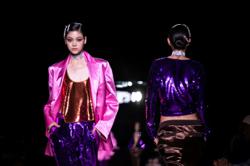