In the jargon of the internet, Casey Hamilton is chaotic good.

He is the human embodiment of “dance like no one’s watching, ” with a disarming wholesomeness bred in his native Plant City, Florida.

The 25-year-old dresses like a flamboyant nine-year-old with a credit card and no parental supervision, and makes it look good, right down to his trademark pink Crocs festooned with Jibbitz, the little cartoon character-shaped charms he adds to the rubber shoes’ ventilation holes.

Hamilton is actually a lot like a pair of Crocs: comforting, immediately funny, utterly unpretentious, and actually pretty great if you can get over yourself.

His TikTok account, @mrhamilton, has 5.6 million followers, and a lot of energy. He does voices. Maybe a spot-on Plankton from SpongeBob SquarePants, or the “how it feels to chew 5 gum” guy talking about how it feels to run a meth lab. Maybe an impression of the neighbor who knocked on his door to randomly offer him an entire ham.

It feels unplanned, and his girlfriend, Jordyn Maloney (who he met on TikTok), says that’s authentic. He just picks up the phone and goes when the mood strikes, like when she watched him try Mexican Coca-Cola for the first time and he shocked her by suddenly reciting the entire Pledge of Allegiance in Spanish, in a flawless soccer announcer voice.

He sings. Maybe an unironic All Star by Smash Mouth, a cover of Hey, Delilah that is actually about a stripper, or a jingle for pizza rolls that is actually about depression. His dance moves are joyous — ever seen someone move their body like a computer printer? — and his non-sequiturs are of the utterly weird, or screamed, variety.

It’s enough to get him recognised in Walmart, as “Mr. Hamilton, ” or maybe, “Hey, aren’t you the TikTok guy?, ” which still seems to be blowing his mind a little bit.

On a recent afternoon he visited the Plant City post office to check his P.O. box and found it packed with fan mail. People send T-shirts, stickers featuring Hamilton’s own face, containers of human teeth.

“I never expected it to turn into this, ” he said. “I made my account as a tool for teaching.”

Hamilton was a talented TV production teacher, even if the Plant City High School morning show, which his students produced, pushed the envelope a little bit. Under his watch, there were more sketches and more humor, rather than just the standard school news.

“I don’t think it was everyone’s cup of tea. You might turn it on and see a kid biting into a hot pepper or something, ” said Jennifer Hamilton, Hamilton’s mother and a longtime teacher at the high school. “But he turned our TV show around, because the students appreciated the humour and would actually pay attention to the other things on the show because of it.”

Hamilton would also appear in sketches alongside his students. It was another aspect some at the school weren’t sure about, but it belied his desire to perform.

“In hindsight it makes sense, ” Hamilton said. “I’d put my dream on hold, and I didn’t even know it.”

Hamilton has lived his whole life in Plant City, where going to the grocery store means running into your fourth grade teacher or your mum’s sister’s nurse or the guy you were in Boy Scouts with. He says he was always a big personality for the small town and, as a “loud and dramatic” child, learned to walk a line so as not to aggravate people.

He was the only kindergartener to compete at an annual storytelling contest at his school, and even at six he would do voices for all the characters in the kids book Tikki Tikki Tembo.

In middle school, his parents were uneasy when he came home and announced that he wanted ― “absolutely needed, ” says his mother — to attend a live production of The Rocky Horror Picture Show. They finally relented, and his father took him.

In high school he insisted on a Stay-Puft Marshmallow Man backpack even though his mum was pushing a sensible Jansport.

He found the other weird kid in class, Brian Ross, and made him his best friend.

Hamilton and Ross would park at the RaceTrac gas station after school, crank up Diplo on the car stereo and dance in the lot until the cashier wanted to join in. There wasn’t much else to do.

Hamilton played the lion in The Wizard of Oz and the plant in Little Shop Of Horrors and thrived. It might seem like he’s playing around on TikTok, said Ross, “but he is an amazing singer”.

Hamilton earned an English degree from the University of South Florida and got the teaching job after the outgoing TV teacher, Hamilton’s own teacher when he’d gone there, recommended him.

He adored his students, and they adored having a young instructor who danced in class and might blow an occasional air horn at a sleeping classmate. But Hamilton wasn’t managing his anxiety well, and fell into a habit of drinking nightly and gaining an unhealthy amount of weight.

It was shortly before the start of the pandemic that he created the TikTok account. In early videos he gets extremely excited about watching Guy Fieri on TV and says “It’s spring break, baby” over and over and with increasing fervor until the words devolve into a sound like a boiling bullfrog.

He went viral the first time by combining Megan Thee Stallion’s Savage lyrics with Patrick the starfish from SpongeBob SquarePants.

In April 2020, he issued a challenge to Grammy-winning singer Lizzo to sing what he sang, and then scatted for 20 seconds in an over-the-top way. Soon he hit 300,000 followers. Then he got Lizzo to laugh at that video and repost it, which bumped him to 400,000 in a day.

Last June, his students dropped off a “one Hamillion” cake at his apartment to congratulate him on a million followers.

Hamilton felt hopeful. He dropped weight. He found a therapist. In one of his most-watched videos, he chokes up while explaining he is wearing a size large shirt for the first time in years, down from an XXXXL.

His followers sent money, and expensive supplies for the high school. Hamilton used the money to fund a US$5,000 film scholarship for a former student. Then, fans funded a road trip, #HamTrip2020.

Hamilton had rarely left Florida, but spent weeks traveling the country, meeting up with other TikTokers and fans. With the money people sent, he tipped hundreds of dollars to servers at cheap restaurants and documented it on the app.

When he headed west, he heard from master impressionist and MADtv star Frank Caliendo, who told Hamilton to stop by his home in Arizona.

“I’m there with his wife and his kids and his dogs, and this guy who I’ve watched on MADtv is right there in front of me, one of my heroes of impressions, and he’s doing the Robin Williams voice, ” Hamilton said. “(Caliendo) has done voices for cartoons, and he’s telling me I’ve got the goods.”

Caliendo put Hamilton in touch with Phineas And Ferb creator Dan Povenmire, another of his heroes. Soon Hamilton was at Povenmire’s Los Angeles home eating cookies.

When Hamilton got back to Plant City, he was thrilled, but torn. He knew what he wanted to do: TikTok, voice work, entertainment — full time. The spark he didn’t realise he was missing was back.

He was also terrified of letting his students down, explaining his decision and losing his identity as a teacher. He psyched himself up for the next school year, but when classes started, he couldn’t do it.

He told his students. They immediately told him to go. His own parents were more hesitant.

“Not everyone gets it, ” Jennifer Hamilton said. “Some of our friends, his grandparents, they don’t understand how he can make money just logging on to this thing and being Casey Hamilton.” It’s partly a small town thing. You think more practically. You don’t know anyone who made it in entertainment. “But ultimately I told him go, do it now while you have the opportunity.”

He quit his job. The school played Justin Timberlake’s Suit And Tie, a song he dances to on TikTok, over the intercom on his last day.

Since leaving teaching he’s split time between Plant City and San Antonio, Texas, where his girlfriend lives. He’s moving permanently, to be with her, but also to be closer to Los Angeles. He’s auditioning, and recently booked a voice role as a teacher in a cartoon by a major entertainment company.

The money, so far, he said, has been about 30% more than his teaching salary. Payouts come via the TikTok Creator Fund. Sometimes that means a US$900 day. Sometimes it’s a US$15 day. Sponsorships pay better. He got around US$15,000 to be the face of Honey Baked Ham’s “ham hacks” for Easter, and he has recorded nearly 1,000 Cameo birthday greetings for US$25 each.

“I’m still an amateur, and I recognise that, ” Hamilton said. “But I feel like I’ve got this color wheel of talents and I want to use them.”

He thinks about another hero, Chris Farley. The late Saturday Night Live star was known less for his own sketches and more for being incredibly willing to do anything asked of him in someone else’s.

“If you’re having a bad day, watch my goofy ass for a couple of minutes, ” Hamilton said. “Maybe it’ll alleviate things, what I do is supposed to distract you from the fact that life is what it is.” The former Plant City High teacher said his comedy is inspired by Robin Williams and Chris Farley. – AP 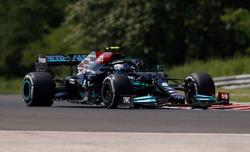