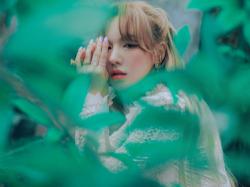 SuperM will be featured in 'K-pop Evolution'. Photo: Handout

The new YouTube Originals series K-Pop Evolution traces the rise of K-pop to global prominence. The seven-part English docuseries kicked off March 31 at 10 pm, and a new episode will be uploaded each week.

The show chronicles the growth of the now US$10bil K-pop industry from its birth with Seo Taiji and Boys in the 1990s to its current global popularity. K-pop idols from different generations – SuperM, H.O.T., BoA, Super Junior, Kara, Ha:tfelt of Wonder Girls, Kang Daniel, Sandara Park of 2NE1, Red Velvet, EXO, NCT, (G)I-dle, Everglow and Pentagon -- will be featured on the show sharing their K-pop experiences.

“I feel that there have been no documentaries that deal with K-pop as a whole professionally. Although the program needs much improvement, I was happy that I got a chance to deal with the start of K-pop up to the present day for the first time,” said producer Park Se-jin, who did the local production for the docuseries. “If it is well received, I want to work on the next season because there are still many stories that haven’t been covered,” he said.

In the two-minute trailer, released March 24, K-pop industry personnel are seen talking about the evolution of K-pop, mentioning events such as BoA and Wonder Girls going abroad as well as Psy’s Gangnam Style reaching global popularity. They also discuss the public’s expectations that K-pop idols not date publicly or privately, as well as how narrow the window of opportunity is for many groups.

In addition, diverse K-pop idols comment on the intense training and pressure they go through and the difficult process of becoming a star. Fainting due to fatigue and practicing day and night are part of the behind-the-scenes stories of the K-pop idols featured in the upcoming docuseries.

This isn’t the first time K-pop idols have been the focus of YouTube Originals shows. Past shows included documentaries BTS: Burn The Stage and Twice: Seize The Light, a reality show about Big Bang and a travel series featuring Super Junior. Rapper Jay Park was also featured in a YouTube Originals docuseries.

But K-pop Evolution is the first show from YouTube Originals to deal with the history of K-pop across multiple K-pop groups. – The Korea Herald/Asia News Network