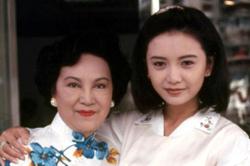 Actors Louis Koo (left) and Hu Ge are honoured for their individual contributions to education and the environment. Photos: Louis Koo/Instagram and Hu Ge/Weibo

Actors Louis Koo and Hu Ge have a new species of insect named after them and you will never guess the name - Nemoura hugekootinlokorum.

The six-legged creature may have a funny name like it's the lovechild of the two hunky stars, but the charity projects of both in China are no laughing matter.

Koo, who is known as Koo Tin-lok in Cantonese, and Hu were honoured for their individual contributions to education and the environment, according to an academic article published in the International Journal of Ecology earlier this month.

China Global Television Network's website lauded the duo and listed their good deeds in a a recent post.

Hong Kong star Koo, 50, who established a charity foundation in 2008, has helped build more than 100 elementary schools in remote parts of China, as well as clinics and wells.

After the Sichuan earthquake in 2008, he also visited the disaster zone as Unicef ambassador and has been heavily involved in charity work since then while keeping a low profile about it.

Chinese actor Hu, 38, was also involved in the disaster relief efforts after the great quake, which took more than 69,000 lives.

He also had a role in the protection of the bar-headed goose, the world's highest-flying bird, from pollution and endangerment in 2013 and visited the Qinghai region multiple times to raise awareness about environmental protection.

Other celebrities who have had bugs take on their monikers include actress Kate Winslet, who has a species of carabid beetle, Agra katewinsletae, named after her.

While the name of the insect, discovered in the south-western China in Sichuan, may be a mouthful, netizens appear to approve of the honour, saying that "insects have now become handsome". – The Straits Times/Asia News Network 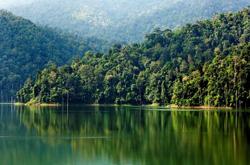