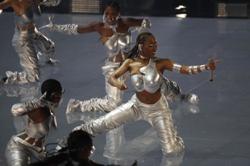 Indonesian rapper Rich Brian has released 1999, a new EP he worked on while in quarantine.

The seven-track EP is available on digital platforms and was launched a year after his well-received album The Sailor came out in the summer of 2019.

Along with the EP, Brian also released official music videos for the singles Love In My Pocket and Don’t Care.

The music video for the trippy, dance-pop Love In My Pocket is a short sci-fi film featuring the rapper and three mutant clones. Directed by Daniel Cloud Campos, the video seems to cater to Indonesian fans back home by featuring a healthy dose of popular instant noodle brand Indomie.

“This is my favourite music video so far, ” Brian said in a statement.

Brian’s personal favorite track on the EP, however, is DOA.

“One of my favourites is DOA, which is basically Dead On Arrival for short. It sounds morbid but it’s about competing with someone who has zero chance against you in the first place, ” he said.

Brian said he was inspired by Damon Albarn’s animated musical project, Gorillaz, when writing the melodies for the song.

Brian, who often collaborated with many artistes in his previous releases, also worked together with artists Jacob Ray, Diamond Pistols and Louis Bell on the song Sins.

The EP 1999 and other releases by Rich Brian are released by 88 Rising, a United States-based record label and collective focusing on Asian-American musical talents.

In July, the rapper invited his fans to make their own edits to the unfinished version of the Love In My Pocket video.

The video shows the rapper walking on a treadmill in front of a green screen and fans were welcome to add their personal touches. – Jakarta Post/Asia News Network

Top contenders for 'Song Of Summer' 2020