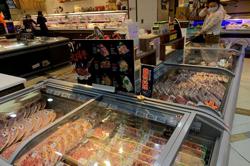 Taiwanese actor Kai Ko is hoping to rebuild his career after it was ruined by a drug arrest six years ago.

On Thursday (Aug 20), the 29-year-old, who shot to fame in his debut movie, You Are The Apple Of My Eye, in 2011, posted on social media several photos of himself in the hit coming-of-age film.

He wrote: "Nine years ago, I began a crazy journey with the release of my first movie. Thanks to everyone who has always been with me.

"I don't know what to say, but I will try my best to rebuild the dreams which I have shattered personally, as I put them back piece by piece.

His acting career had looked bright when his role in You Are The Apple Of My Eye won him the Best New Performer accolade at the Golden Horse Awards.

He played a rebellious high school student who falls in love with his crush, played by actress Michelle Chen. The movie, directed by novelist Giddens Ko, is based on his semi-autobiographical novel of the same name.

Kai Ko's world came crashing down in 2014 when he was arrested, along with Hong Kong actor Jaycee Chan, for taking drugs in Beijing. Chan is the son of Hong Kong action star Jackie Chan.

Ko has starred only in a handful of movies since his arrest, including Myanmar-born Taiwanese director Midi Z's The Road To Mandalay (2016), in which he was nominated for Best Actor at the Golden Horse Awards.

He returned to the big screen in a leading role in July with A Choo, which was supposed to be released in 2014 but was delayed when he was arrested. The fantasy romance drama is based on another of Gidden Ko's novel and also stars Taiwanese actress Ariel Lin.

There is talk that Ko and Lin are among the favourites to be nominated for the Golden Horse Awards this year, which is scheduled to be held in November. – The Straits Times/Asia News Network