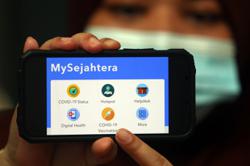 The film industry is set to come around in six months. Photo: AFP

The film industry is expected to come around in six months with funds of the Pelan Langkah Segera Ekonomi Industri Kreatif (Pelaksana) after being badly hit by the Covid-19 pandemic.

Communications and Multimedia Minister Datuk Saifuddin Abdullah said the plan, prepared by the Malaysian National Film Development Corporation (Finas), would focus on assisting and providing funds to industry players from July until December this year.

"We want focus to be given to the whole creative industry, including the film industry which was badly affected by Covid-19. We also want the funds to help revive and rejuvenate the film industry.

"It is our hope to see the industry rise up again during this six-month period, to get productions completed and aired, or to enable the crew to enjoy their allowance when shooting kicks off, ” he told reporters after launching Pelaksana in Kuala Lumpur, last week (July 28).

He said all funds under the plan, including the Digital Content Fund, must be dispensed as soon as possible so that industry players could come out with as many products as possible to strengthen the economy.

Saifuddin said the funds could assist production companies to resume filming besides paying back loans and other deferred payments.

"Also, when many productions are completed, the products must be aired. Hence, there is a need to cooperate with television companies under this plan, ” he said.

Meanwhile, in his speech, Saifuddin said the six-month period was to help alleviate the sufferings of industry players, especially the losses incurred by workers who were paid daily due to the pandemic.

"Some 80% of the production crew members are paid daily. So if a telemovie takes two weeks of filming, their income was only for that same period of time and they have to survive for many more months while waiting for another filming session.

"That is why the plan was drafted to enable the crew, particularly the freelancers and those on a piecemeal basis, to survive, ” he said.

Meanwhile, Finas chairman Zakaria Abdul Hamid said Pelaksana was outlined to revive the national creative industry for the short term with the cooperation of private entities such as local television stations and assisting the stations to generate earnings through advertisements and new contents.

The plan is also create job opportunities for local production companies, freelancers and supporting industries such as catering services, equipment rental providers and others, as well as increasing the ownership of Content Copyright among local producers for future profits.

"We will only distribute funds to production companies which can deliver as soon as possible and if they refused to do the filming within these six months, we will withdraw the fund.

"At the same time, other creative industry players will also enjoy the fund injection as production does not only refers to movies and dramas as they include other categories such as entertainment and sports programmes, talk shows and magazine, ” he said. - Bernama 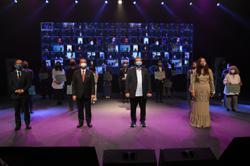