The 'BoBoiBoy' franchise revolves around a boy with elemental superpowers who with his friends fight and protect the Earth. Photo: Animonsta Studios

BoBoiBoy films will soon be screened in Turkey theatres.

Animonsta Studios, the company behind BoBoiBoy franchise, is bringing BoBoiBoy: The Movie to Turkey cinemas in September, which will be followed by showings of the film's sequel BoBoiBoy Movie 2.

Besides the films, the studio is also in talks to showcase the two BoboiBoy series, BoboiBoy and BoBoiBoy Galaxy, on a Turkey TV station.

The films and the series will be dubbed to Turkish language for the country's consumption.

BoBoiBoy has already travelled to more than 70 countries in South-East Asia (through Netflix), India, the Middle East and North Africa.

BoboiBoy Movie 2 was released in August last year and was among the best-selling films in Malaysian film history. It had collected almost RM30mil at the Malaysian box office following its release in cinemas. 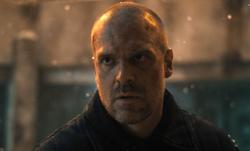