The KCSC noted scenes such as underage female high school student character Saet-byul kissing an adult male stranger while asking him to buy a pack of cigarettes for her are against its regulation on maintaining integrity and also using language fit for broadcast.

“In the process of producing an R-rated webtoon into a TV series with a rating of 15 years old and older, the drama production team has shown that it lacks consideration in portraying different genders and produced contents that can cause viewers discomfort and aversion,” the KCSC said.

Such a warning is considered a heavy penalty for a broadcaster as it affects the KCSC’s annual broadcast evaluation points for license renewal.

At the time, SBS suggested the production team delete inappropriate scenes, including those where characters use profanity.

“The warning was inevitable as the TV series repeatedly featured slang words and swear words, ” the KCSC added.

Concerns about the provocative scenes were first raised in public forums even before the first episode aired in June.

Addressing the issue at the time, the director explained during a promotional event in June that the drama deviates much from the original R-rated online comic series, adding that it had adjusted scenes to make it appropriate for a family drama.

The original series was released in 2016 on the webtoon platform Toptoon.

The number of complaints about the show has soared in the last two months.

According to the KCSC, it has so far received over 7,000 complaints about inappropriate scenes in Backstreet Rookie. – The Korea Herald/Asia News Network 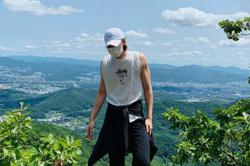 Carrie Fisher remembered by ‘juvenile’ Mark Hamill on what would have been her 65th birthday
Star Wars fan Louis Koo gets Darth Vader cake for his 51st birthday
Singer Troye Sivan on why he chose to wear a dress at the Met Gala
Ain’t no mountain high enough for Jun Ji-hyun, star of K-drama 'Jirisan'
Alec Baldwin shooting: Why prop guns can turn deadly
Ranking 20 years of 'Fast And Furious' movies from best to worst Premium
Malaysian singer Ernie Zakri advised to not overwork during pregnancy
Chinese police detain concert pianist Li Yundi over prostitution allegations
Actor Alec Baldwin fired a prop gun that killed cinematographer on film set
Actor Jonah Hill wants people to stop commenting on his body